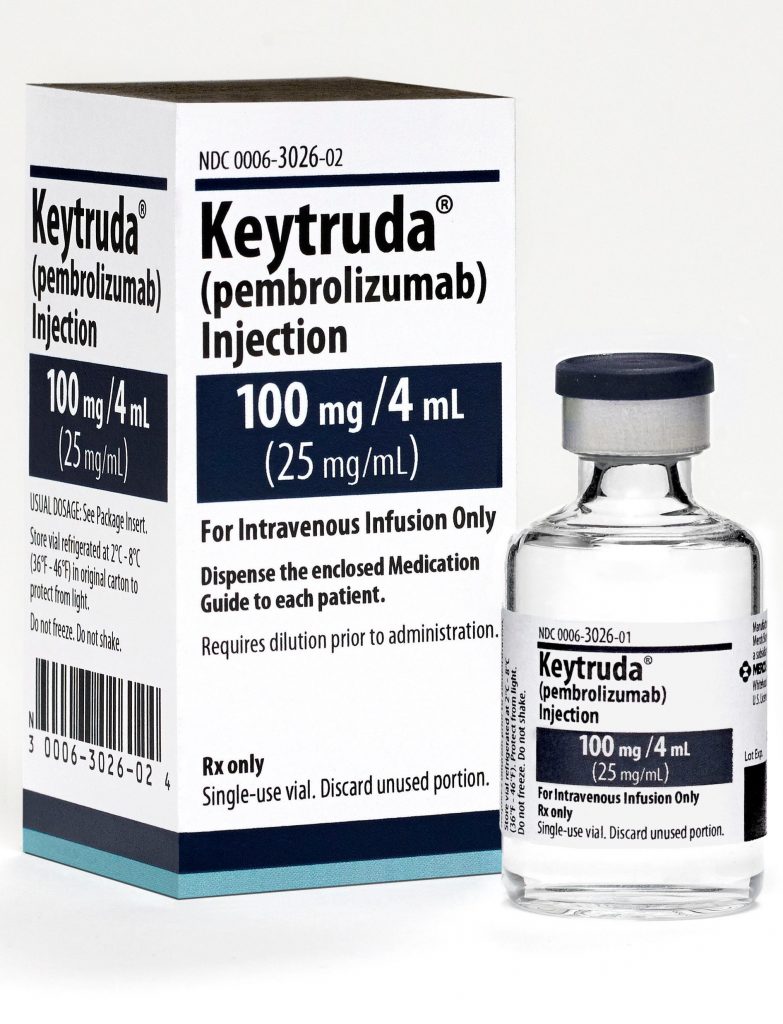 For the first time, a treatment that boosts the immune system greatly improved survival in people newly diagnosed with the most common form of lung cancer. It’s the biggest win so far for immunotherapy, which has had much of its success until now in less common cancers.

In the study, Merck’s Keytruda, given with standard chemotherapy, cut in half the risk of dying or having the cancer worsen, compared to chemo alone after nearly one year. The results are expected to quickly set a new standard of care for about 70,000 patients each year in the United States whose lung cancer has already spread by the time it’s found.

Another study found that an immunotherapy combo — the Bristol-Myers Squibb drugs Opdivo and Yervoy — worked better than chemo for delaying the time until cancer worsened in advanced lung cancer patients whose tumors have many gene flaws, as nearly half do. But the benefit lasted less than two months on average and it’s too soon to know if the combo improves overall survival, as Keytruda did.

All of these immune therapy treatments worked for only about half of patients, but that’s far better than chemo has done in the past.

“We’re not nearly where we need to be yet,” said Dr. Roy Herbst, a Yale Cancer Center lung expert who had no role in the studies.

Results were discussed Monday at an American Association for Cancer Research conference in Chicago and published by the New England Journal of Medicine. The studies were sponsored by the drugmakers, and Herbst and many study leaders consult for the companies.

Keytruda, Yervoy and Opdivo are called checkpoint inhibitors. They remove a cloak that some cancer cells have that hides them from the immune system. The drugs are given through IVs and cost about $12,500 a month.

Keytruda was approved last year as an initial treatment with chemo for the most common form of advanced lung cancer, but doctors have been leery of using it because that was based on a small study that did not show whether it prolongs life.

The new study, led by Dr. Leena Gandhi of NYU’s Perlmutter Cancer Center, gives that proof. In it, 616 patients were given chemo and some also received Keytruda. Those not given Keytruda were allowed to switch to it if their cancer worsened.

After one year, 69 percent of people originally assigned to Keytruda were alive versus 49 percent of the others — a result that experts called remarkable considering that the second group’s survival was improved because half of them wound up switching.

How much it ultimately will extend life isn’t known — more than half in the Keytruda group are still alive; median survival was just over 11 months for the others.

The Keytruda combo also delayed the time until cancer worsened — an average of nine months versus five months for the chemo-only group.

That’s a big difference for such an advanced cancer, said Dr. Alice Shaw, a Massachusetts General Hospital lung cancer expert and one of the conference leaders. “This is really a pivotal study … a new standard of care,” said Shaw, who has no ties to the drugmakers.

Rates of serious side effects were similar, but twice as many in the Keytruda group dropped out because of them. More than 4 percent of that group developed lung inflammation and three patients died of it.

The study design was changed after it was underway to look at results according to patients’ tumor mutation burden — a measure of how flawed their cancer genes are, according to a profiling test by Foundation Medicine. Medicare recently agreed to cover the $3,000 test for advanced cancers.

“We have a tool that helps us determine who are the patients that are most likely to benefit from this combination,” Hellmann said.

The median time until cancer worsened was about 7 months on the immunotherapy drugs versus 5.5 months for chemo. Serious side effects were a little more common in the chemo group.

Another rival, Genentech, recently announced that its checkpoint inhibitor, Tecentriq, improved survival in a study similar to the one testing Keytruda. Details are expected in a couple months.