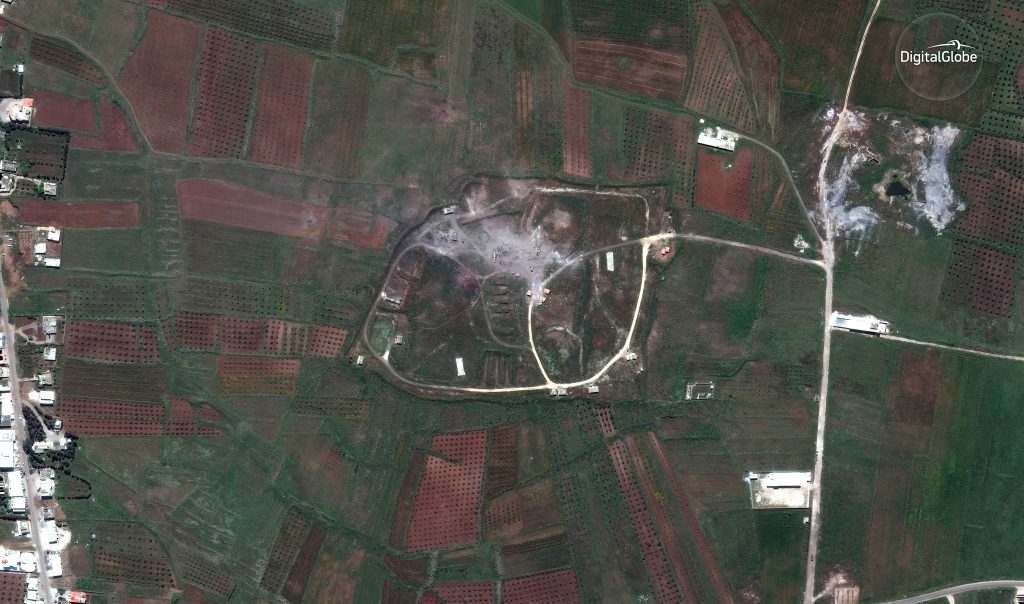 Western powers will study “options” if Syria’s government again uses chemical weapons, but nothing is planned as yet, Britain’s foreign minister said on Sunday, after raids on Syrian targets triggered heated debate over their legality and effectiveness.

U.S., French and British missile attacks struck at the heart of Syria’s chemical weapons program on Saturday in retaliation for a suspected poison gas attack a week ago, although the restrained assault appeared unlikely to halt Syrian President Bashar al-Assad’s progress in the seven-year-old civil war.

The bombing, denounced by Damascus and its allies as an illegal act of aggression, was the biggest intervention by Western countries against Assad and his powerful ally Russia.

But the three countries said the strikes were limited to Syria’s chemical weapons capabilities and not aimed at toppling Assad or intervening in the civil war.

Speaking to British media, British Foreign Secretary (Minister) Boris Johnson threw his weight behind Prime Minister Theresa May’s decision to take part in the attack, saying it was the right thing to do to deter further use of chemical weapons.

“There is no proposal on the table at the moment for further attacks because so far thank heavens the Assad regime have not been so foolish as to launch another chemical weapons attack,” he told the BBC.

“If and when such a thing were to happen, then clearly with allies we would study what the options were.”

His comments appeared in line with those of U.S. ambassador to the United Nations, Nikki Haley, who said at an emergency meeting of the U.N. Security Council that Trump told her that if Syria uses poisonous gas again, “The United States is locked and loaded.”

The Western countries said the strikes were aimed at preventing more Syrian chemical weapons attacks after a suspected poison gas attack in Douma on April 7 killed up to 75 people. They blame Assad’s government for the attack.

In Damascus, Assad told a group of visiting Russian lawmakers that Western missile strikes on his country were an act of aggression, Russian news agencies reported.

The agencies quoted the lawmakers as saying Assad was in a “good mood” and had praised the Soviet-era air defense systems used by Syria to help to repel the Western attacks.

Assad accepted an invitation to visit the Siberian region of Khanty-Mansi in Russia. It was not clear when the visit would take place.