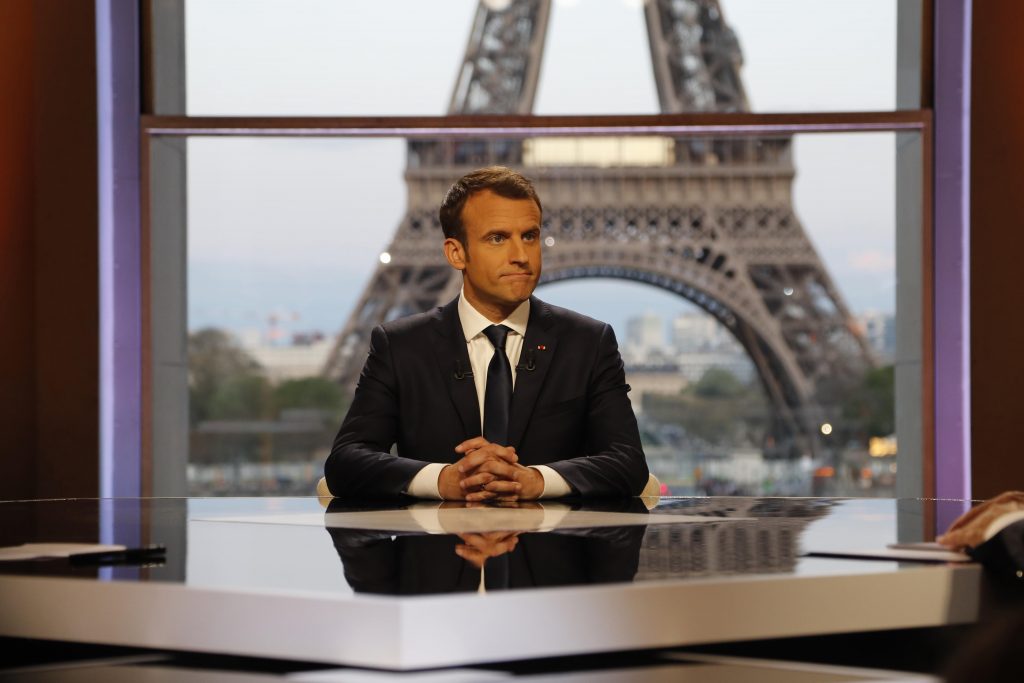 The allies fired missiles early Saturday at three chemical-weapons facilities in Syria to punish the regime for the alleged use of chemical weapons in the town of Douma.

“It was retaliation, not an act of war,” Macron said in justifying the operation a day before the French parliament was set to debate it. The airstrikes marked Macron’s biggest foreign policy yet. Nearly a year into his term, the new president declared France the most active country on the diplomatic field and at the United Nations.

“Ten days ago, President Trump wanted the United States of America to withdraw from Syria. We convinced him to remain,” he said, speaking in the majestic room of Chaillot National Theater, with the Eiffel Tower shining in the background.

He said France now wants to involve Western powers, Russia and Turkey in a new diplomatic initiative to find a sustainable political solution in Syria.

Macron also offered to play the role of intermediary between the United States and Russia.

In the domestic arena, the president defended his strategy to inject vitality into the economy by trimming guarantees for workers — despite simmering anger over his labor law changes — and tax cuts for businesses and the rich.

He says his policies are aimed at making the country more competitive globally, but workers fear losing hard-won job protections.

“I want us to succeed in the economic field, in order to be able to run real social policies,” he said.

Since last year, the unemployment rate has slightly decreased from 10 percent to 8.9 percent. The government’s growth-rate forecast for 2018 is 2 percent of the gross domestic product, the best in seven years, and the country’s budget deficit has stayed within the European Union’s established parameters for the first time in a decade.

This spring, Macron’s government initiated changes to tax retirees more and employees less, cut jobs in some hospitals, reorganize the justice system and apply a new university admissions system, all of which prompted protests.

On Saturday, 63 people were arrested and nine police officers injured during protests in the cities of Nantes and Montpellier. Other marches across France were largely peaceful.

Last week, Macron promised on national TV that he would push ahead with railway labor reforms and other divisive plans, despite criticism, “because the world around us is speeding up.”