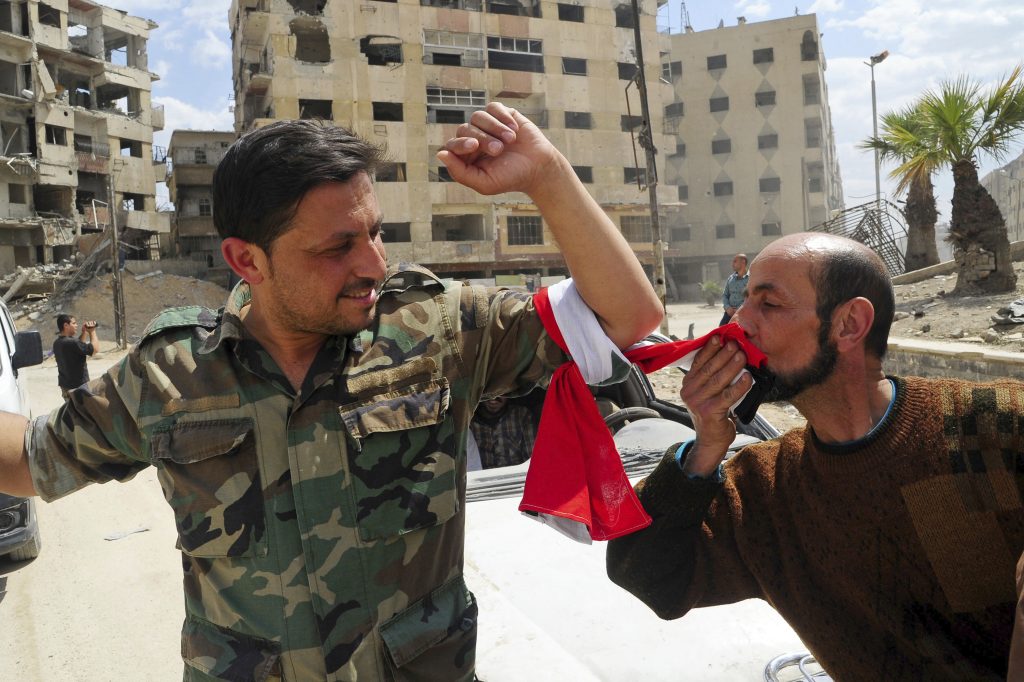 U.S. Ambassador to the United Nations Nikki Haley said on Sunday that the United States would not pull its troops out of Syria until its goals were accomplished.

Speaking on Fox News Sunday, Haley listed three aims for the United States: ensuring that chemical weapons are not used in any way that pose a risk to U.S. interests, that Islamic State is defeated and that there is a good vantage point to watch what Iran is doing.

It is our goal “to see American troops come home, but we are not going to leave until we know we have accomplished those things,” Haley said.

Trump, who on Friday joined France and Britain in ordering missile strikes against Syrian targets, has sent mixed signals on Syria.

He has made clear he wants to withdraw the roughly 2,000 U.S. troops in Syria involved in the anti-Islamic State campaign. But he appeared to contradict that message when he said on Saturday that Western allies were prepared to “sustain” the military response if Syrian President Bashar al-Assad does not stop using prohibited chemical weapons.

Asked about U.S.-Russia relations, Haley said ties were “very strained” but that the United States still hoped for a better relationship.