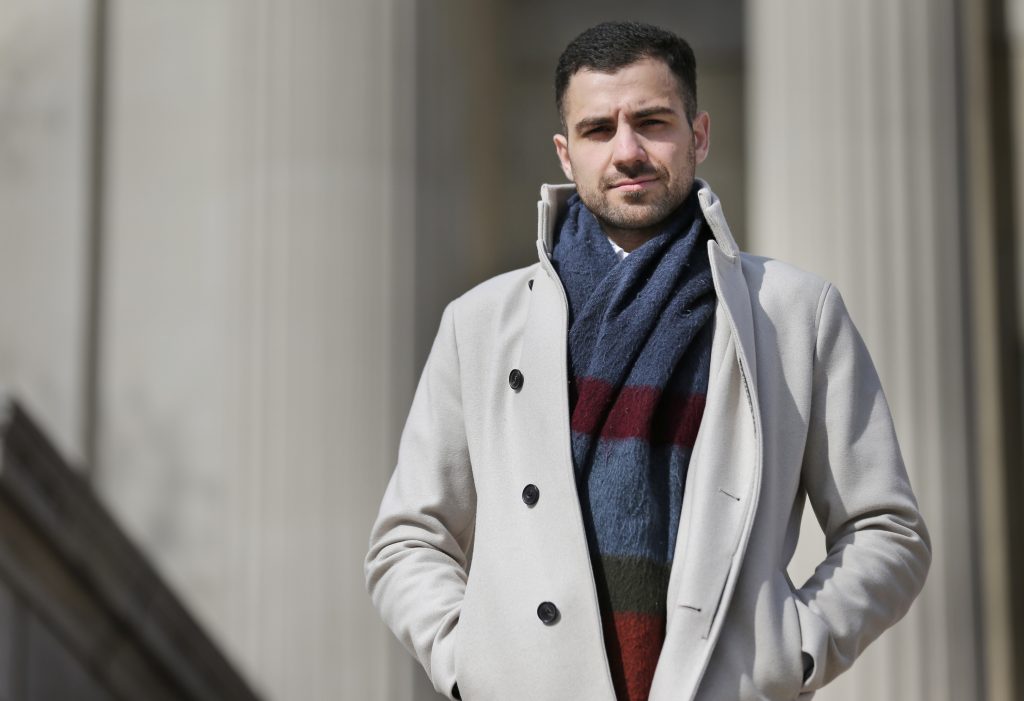 Columbia University is moving ahead with a scholarship program for Syrian college students displaced by civil war, despite concerns that some students it accepts will be blocked from attending by President Donald Trump’s travel restrictions.

The program, which has already allowed a handful of students into the university, recently announced it was seeking a second round of new applications from Syrian students.

Around 230 have applied so far, with the enrollment period still open. That’s comparable to 275 applicants the previous year.

Unless U.S. policy changes, though, they would face a challenge getting into the country. Restrictions put in place by the Trump administration bar Syrian nationals from getting any visas, including student visas, with only limited possibility for case-by-case exceptions.

College administrators are holding out hope the U.S. Supreme Court will loosen or strike down those restrictions. The justices are scheduled to hear arguments on legal challenges to the rules later this month, with the timing of a ruling uncertain.

In the interim, “what we concluded was, we go forward,” said Bruce Usher, a professor at Columbia Business School who worked on creating the scholarship program. “What we do is educate people. If we find that certain applicants are unable to attend … hopefully they’ll eventually be able to get a visa.”

The latest version of the travel ban impacts seven countries — Iran, Libya, North Korea, Somalia, Syria, and Yemen, along with certain Venezuelan government officials. Chad had been on the list but was removed recently.

Citizens of those countries, except Venezuela, are generally barred from getting visas that would allow them to come here permanently as immigrants. The rules for visas for temporary visitors, like tourists or students, vary among the countries, with Syrian citizens blocked from getting any. There are limited possibilities for any exceptions or waivers, like a Syrian national also holding dual citizenship with an unrestricted country.

Those rules were not in place when Columbia created the program in 2016.

The school gave scholarships, which include free tuition and housing, to four Syrian students in the program’s first year and hopes for a similar number in the next round.

To qualify, students must have been displaced and currently living in Lebanon, Jordan, Turkey or the United States. Applicants must also first meet Columbia’s regular academic admission requirements.

Columbia sophomore Qutaiba Idlbi, 28, was among the students who got a scholarship in the first round. Idlbi, who is studying economics and political science, said he left Syria in 2011 after being detained by government security forces over his political activities.

He has been in the U.S. since 2013, but said if it hadn’t been for the scholarship, he would never have been able to afford school and may have had to leave the country.

“Education is not only a key for work, but it is basically something to implement, to make a change in the world,” he said.

The travel ban on Syrians, he said, feels like betrayal. He said his people are in need of American help and military support.

It reinforces a message, he said, that “we don’t like you as a people, we don’t want you here.”

Supporters of the travel restrictions, which have gone through several revisions due to previous legal challenges, acknowledge they will pose hardships to some people who can’t get visas to study or visit relatives. But they say the rules are necessary to make sure certain countries have safeguards in place to screen out potential harmful travelers.

“There’s no question that might inconvenience people that might want to go to universities or medical treatments or other things, but it was a notion that there was a real threat there and that was an acute threat,” said James Carafano, national security expert at The Heritage Foundation, a conservative think-tank.

Syria, he said, had been destabilized by war, raising questions of whether it can keep the kind of records needed to properly identify travelers.

Columbia is part of a consortium of several dozen U.S. schools looking to help Syrians displaced by war with scholarships or other financial aid.

Allan Goodman, president of the Institute of International Education, a nonprofit organization that promotes students studying abroad, said U.S. schools offering scholarships similar to the one at Columbia have assisted about 60 students so far.

“The number is tiny compared to the need but it is what we can do, and I think it’s better to do something and save the lives you can,” Goodman said.

Globally, a total of about 500 students and professors have been aided in the U.S. and internationally through the Institute of International Education’s efforts and lately, it has shifted to putting the bulk of it placements in universities outside of the U.S., Goodman said, since getting for visas for Syrians is so difficult.