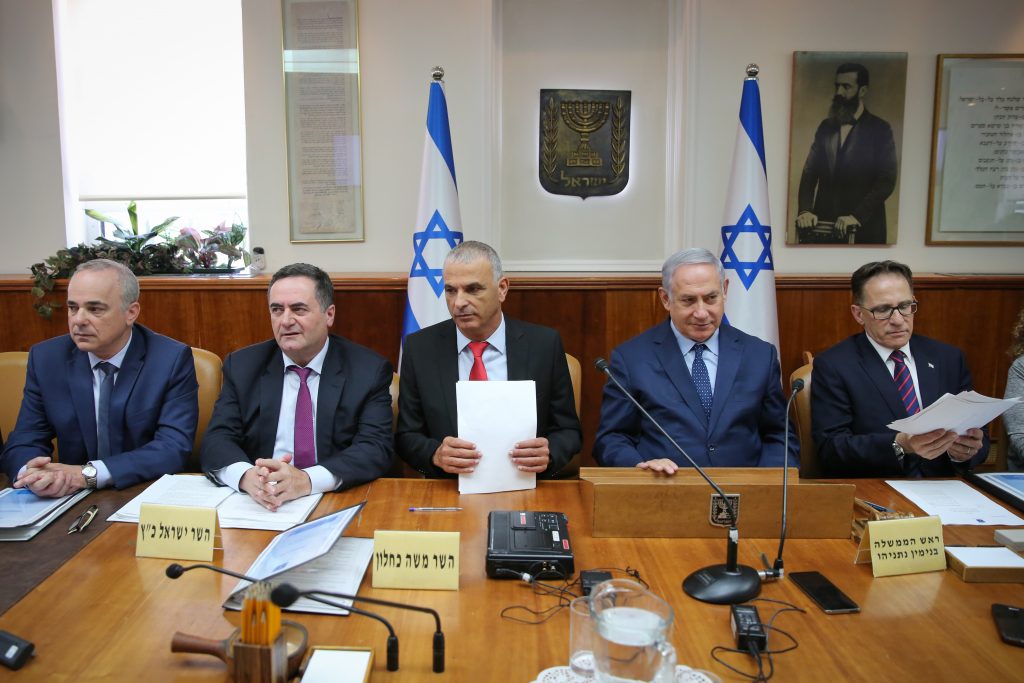 The government coalition has been thrown into uncertainty over proposals to limit the High Court’s capacity to nullify Knesset laws, as Prime Minister Binyamin Netanyahu was reportedly reconsidering his position on the matter, the Times of Israel reported on Sunday evening.

There were conflicting reports about whether Mr. Netanyahu had backtracked from his endorsement last week of the broadest such bill. Some quoted him as saying it was “extreme,” while other sources said he had not changed.

A meeting of the leaders of the coalition parties on Sunday reportedly ended without resolving the issue.

“This kind of debate was held over 10 years ago, without result, and we want to reach balanced and correct solutions to responsibly deal with the challenges of the present and the future,” said Mr. Netanyahu after Sunday’s meeting.

Finance Minister Moshe Kahlon has been headlined in the local media as the major opponent to what is referred to as supercession, willing to support only a narrow measure which would empower the Knesset to override the High Court on the issue of deportation for asylum seekers but nothing else.

Attorney General Avichai Mandelblit also took part in the meeting, to explain his opposition to supercession and suggest alternative ideas.

The issue has generated yet another dispute threatening the stability of the coalition, according to reports.

Public Security Ministry Gilad Erdan (Likud) told Army Radio that the imbalance between the judiciary and the legislative must be corrected and the democratically elected leaders allowed to pass laws.

“As a nationalist camp that was chosen many times to lead the country, it is our duty to correct and… to make a change in this area, in the balance between ruling authorities. If there is a subject on which it is justified to go to elections, this is the subject,” Erdan said.

“In recent years they [the High Court] have tied the hands of the government on many matters related to the state and defense, and it makes it very difficult to govern the country. Therefore, I hope we will not compromise or be flexible and we will make the necessary change that must be made,” Erdan added.

But Kahlon sees it differently. To Interior Minister Rabbi Aryeh Deri, Kahlon said: “Doesn’t Netanyahu understand he will not be a prime minister without me?” according to Ynet.

“I will cut off my hand if the Likud party gets more than 25 seats in the elections. If they want elections, they’ll get it.”

Meanwhile, it was reported on Sunday that Mr. Netanyahu met with the person most responsible for Israel’s overweening judiciary, former chief justice Aharon Barak, to discuss the proposals for reform. The prime minister told Barak that he intends to pass a supercession bill, but it was not clear which version he had in mind.