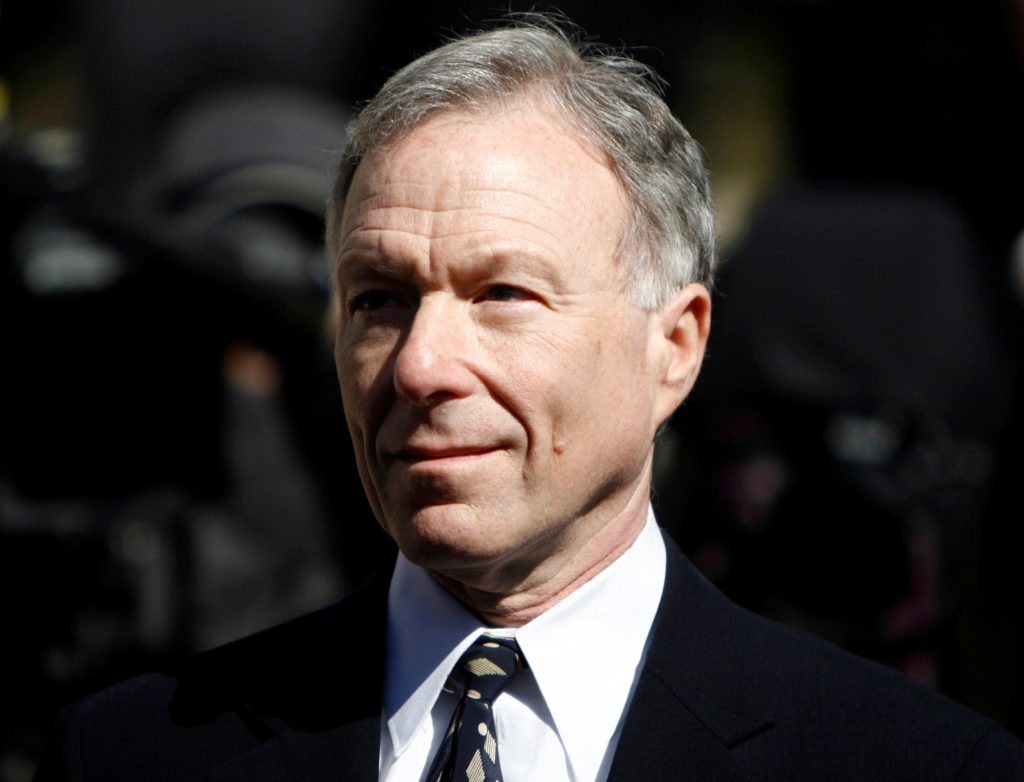 President Donald Trump on Friday pardoned former George W. Bush administration official Lewis “Scooter” Libby, who years ago was convicted of lying in an investigation of the unmasking of a CIA agent.

Democrats immediately criticized the president’s move, drawing an arc running from the Iraq war to today and linking the Libby pardon to Trump’s bitter feud with James Comey, who Trump fired as FBI director last year, and to a widening investigation of possible links between the Trump campaign and Russian meddling in the 2016 presidential election.

Excerpts of Comey’s new book due out Tuesday, “A Higher Loyalty: Truth, Lies and Leadership,” slam Trump, calling him “unethical, and untethered to truth and institutional values.”

Before heading the Federal Bureau of Investigation, Comey was deputy attorney general during the Bush administration. During that time, he appointed a special counsel to prosecute a high-profile case that led to Libby’s guilty verdict in 2007.

“I don’t know Mr. Libby,” Trump said in a White House statement, “but for years I have heard that he has been treated unfairly. Hopefully, this full pardon will help rectify a very sad portion of his life.”

Conservative Republicans had sought a pardon for Libby for years after former Vice President Dick Cheney was unable to persuade Bush to grant one late in his presidency. Bush did, however, commute Libby’s 2-½-year prison sentence.

Libby, chief of staff to Cheney during the run-up and early years of the Iraq war, was found guilty in 2007 of lying and obstructing an investigation into who blew the cover of CIA officer Valerie Plame. Her husband Joseph Wilson, a former career U.S. diplomat, had criticized the Iraq war.