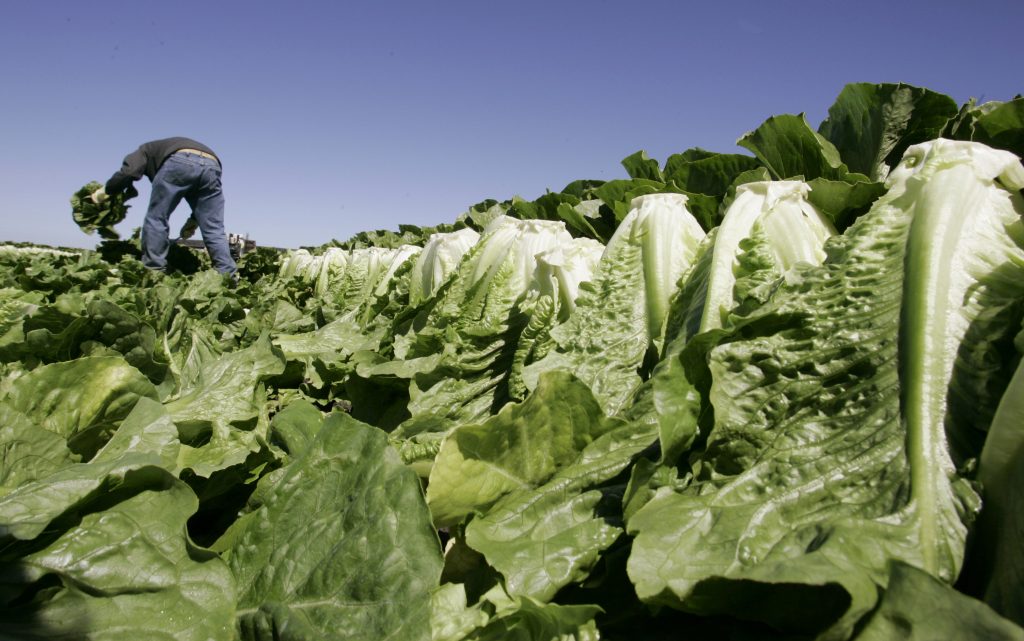 The Food and Drug Administration announced Friday that romaine lettuce grown in the Yuma region, near the border to Southern California, may have caused the recent outbreak of Escherichia coli. The agency said it has not identified specific farms or companies that grew, supplied and distributed the contaminated vegetables.

None of the 35 people who have become sick since the outbreak began last month have died. But 22, including three people suffering from kidney failure, have been hospitalized, according to the Centers for Disease Control and Prevention.

The highest number of illness was reported in Idaho and Pennsylvania, with eight and nine cases, respectively. Seven were reported ill in New Jersey. The others were in Washington state, Missouri, Illinois, Michigan, Ohio, New York, Virginia and Connecticut.

Health and food safety officials are advising consumers who have store-bought chopped romaine lettuce, including prepackaged salad mixes, to throw the vegetables away even if they’ve been partially eaten. Restaurants and retailers should not serve or sell romaine lettuce grown in Yuma, officials said. An investigation is continuing, and no products have been recalled.

E. coli are a type of bacteria found in undercooked beef, raw milk, soft cheeses made from raw milk, raw fruits and vegetables, and contaminated water. Most E. coli bacteria are not harmful, but one type known as E.coli O157:H7 produces a toxin called Shiga, which destroys red blood cells, causes kidney failure and bloody diarrhea. Other kinds of E. coli cause urinary tract infections, respiratory illness and pneumonia.

“Individuals with this infection usually get better within about five to seven days; however, some illnesses can be serious or even life-threatening,” said Shereef Elnahal, commissioner of the health department in New Jersey, which first reported a high number of cases.

Health officials said children under the age of 5, seniors older than 65 and those with weak immune systems are most vulnerable. So far, the outbreak has sickened people ages 12 to 84.

Last year, products of the Illinois-based SoyNut Butter were recalled because of possible E. coli contamination. Thirty-two people from a dozen states were sickened, CDC said. The company, which produced a nut-free substitute for peanut butter, later filed for bankruptcy.

In 2016, officials said flour produced at a General Mills facility in Missouri may have infected as many as 63 people from two dozen states with E. coli.

In 2015, Chipotle Mexican Grill, a restaurant chain popular for its promise to offer high-quality and sustainably sourced food, found its reputation tarnished after 60 people from 14 states were sickened with E. coli. CDC officials could not identify what type of food was the source of the bacteria, but they said that majority of the sickened people said they ate food from Chipotle shortly before they became ill.

The company closed 43 restaurants in Washington state and Oregon after health officials linked an E. coli outbreak to six restaurants in the Northwest.