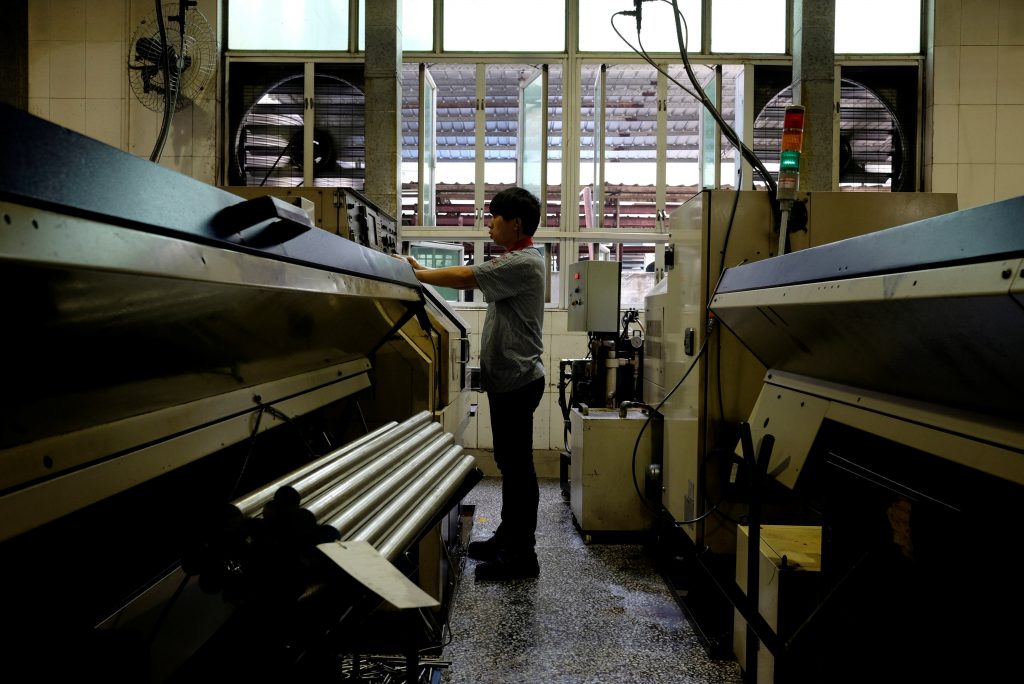 President Donald Trump said the United States would only join the Trans Pacific Partnership, a multinational trade deal his administration walked away from last year, if it offered “substantially better” terms than those provided under previous negotiations.

His comments, made on Twitter late Thursday, came only hours after he had unexpectedly indicated the United States might rejoin the landmark pact, and amid heightened volatility in financial markets as Washington locked horns with China in a bitter trade dispute.

In his Twitter post, which came during Asian trading hours, Trump said the United States would “only join TPP if the deal were substantially better than the deal offered to Pres. Obama. We already have BILATERAL deals with six of the eleven nations in TPP, and are working to make a deal with the biggest of those nations, Japan, who has hit us hard on trade for years!”

Policymakers in the Asia-Pacific region on Friday responded to the possibility of the U.S. rejoining the trade deal with skepticism.

“If it’s true, I would welcome it,” Japanese Finance Minister Taro Aso told reporters after a cabinet meeting on Friday and before Trump’s tweet. FM Aso added that the facts needed to be verified.

Trump “is a person who could change temperamentally, so he may say something different the next day,” Aso said.

Australian Prime Minister Malcolm Turnbull, commenting after President Trump’s tweet, said it would be “great” to have the U.S. back in the pact, though he doubted it would happen.

“We’re certainly not counting on it,” PM Turnbull told reporters in Adelaide in South Australia.

The TPP, which now comprises 11 nations, was designed to cut trade barriers in some of the fastest-growing economies of the Asia-Pacific region and to counter China’s rising economic and diplomatic clout.

President Trump, who opposed multilateral trade pacts in his election campaign in 2016 and criticized the TPP as a “horrible deal,” pulled the U.S. out of the pact in early 2017. He argued bilateral deals offered better terms for U.S. businesses and workers, and signaled an intention to raise trade barriers.

But Trump is struggling to get support from other countries for his recent threat to impose import tariffs on China, and the U.S. farm lobby is arguing that retaliation by China would hit American agricultural exports.

Trade experts believe the president is probably trying to placate his political base in the wake of criticism over the U.S.-China China tariff standoff.

“Well I think you have to take it seriously, but I think there is an enormous chance that this is simply posturing or a tactical decision taken to placate concerned governors and senators from agricultural states that could be affected by China imposing tariffs,” said Charles Finny, a Wellington-based trade consultant and a former New Zealand government trade negotiator.

“I think it’s very important for people to realize, particularly given this most recent tweet, if there is a negotiation it will not be an easy one. It will take a long time and also there is huge risk around ratification.”

Even before President Trump’s official withdrawal last year, U.S. participation in the pact was seen as increasingly unlikely due to opposition in the U.S. Congress.

The United States entered TPP negotiations in 2008. In 2016, then-President Barack Obama’s administration abandoned attempts to push the pact through Congress.

The other 11 countries forged ahead with their own agreement without U.S. participation, and in the process eliminated chapters on investment, government procurement and intellectual property that were key planks of Washington’s demands.

New Zealand Prime Minister Jacinda Ardern, noting the progress made by the 11 countries after Trump abandoned the deal, and also flagged challenges to the Untied States rejoining the pact.

“If the United States, it turns out, do genuinely wish to rejoin, that triggers a whole new process,” she told reporters in Auckland. “There would be another process and so, at this stage we are talking hypotheticals.”

The 11-member pact includes Mexico and Canada, which are in the process of renegotiating the terms of the North American Free Trade Agreement with the United States.

A Canadian government official said on Thursday there had not been any formal outreach from the United States about the pact.

Japanese Prime Minister Shinzo Abe will meet President Trump next week. Japan, a close U.S. ally, is a member of the TPP.