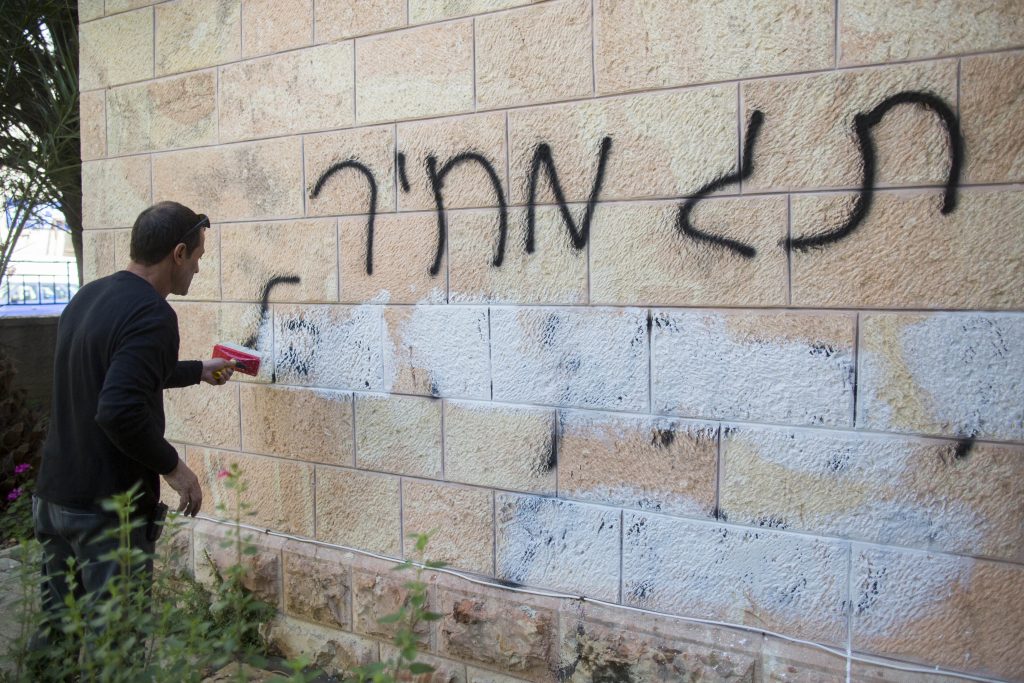 A door on a mosque in the Arab village of Aqraba was found Friday morning daubed with the Hebrew term for “revenge.” Police have opened an investigation into the possibility that the graffiti was evidence of a hate crime, a “price tag” attack by Jews frustrated over continuing Arab terror activities. Police said that residents reported that the perpetrators attempted to burn the building down, but failed.

Security officials said they arrested 5 wanted security suspects in other areas in Yehudah and Shomron overnight Thursday. The suspects were wanted for participating in rioting and throwing stones and firebombs that endangered Israeli civilians and IDF soldiers. Several of the suspects were also charged with belonging to Hamas. All were being questioned on their activities by security forces.