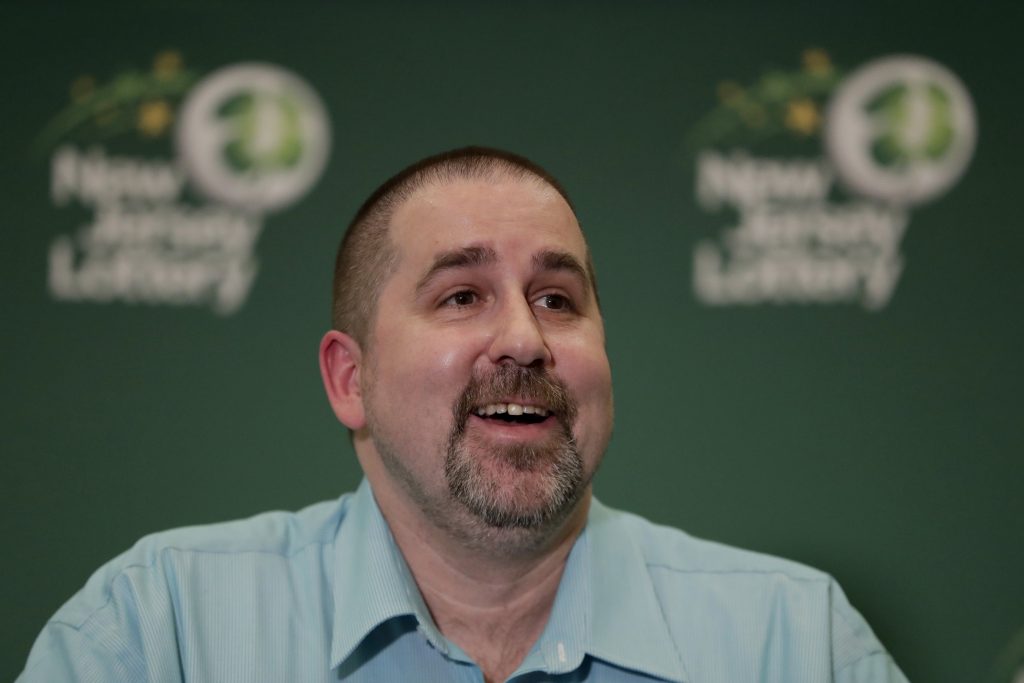 The winner of a $533-million lottery jackpot wasn’t sure he could believe his eyes. So when his mother called to say that someone in his new home state had won it, his response was: It wasn’t me.

Richard Wahl, 47, of Vernon, New Jersey, was introduced Friday during a news conference at lottery headquarters after winning the March 30 Mega Millions drawing, the largest single jackpot in state history.

Wahl, a production manager at a food-services company in northern New Jersey, said he plans to take the lump-sum option – $220.7 million – and retire.

He described finding out he had the winning ticket late at night. He couldn’t believe it.

“It was truly amazing. Some of my family members were sleeping so I didn’t go and scream out. I walked upstairs. I saw my wife.” Wahl told his wife, “We get to go on vacation.” She replied, “What are you talking about? Don’t be an idiot.”

He said he checked the numbers 15 times and wanted to be sure the win was for real before he told other family members.

“Actually the weird thing is my mom actually called me before I wanted to tell her and told me, ‘I heard somebody in New Jersey won the lottery, was it you?’ And I wasn’t ready to share with her yet, so I told her, ‘Absolutely not, mother.’ ”

Wahl moved to New Jersey from Michigan in July for work, and says one of his dreams is to restore a 1963 Corvette, but otherwise described his family as humble and said they wanted to help people.

He said he’s not a regular lottery player, but decided to play after talking to a coworker about how they’d retire if they won.

He bought the winning ticket at a Lukoil gas station in northern New Jersey and said he went there to fuel up after he had won, the same day the state lottery was presenting a $30,000 check to the station for having sold the winning ticket.

He said he saw all the cameras and decided to walk out, worried that he might be recognized since he wasn’t ready to come forward yet.

He declined to talk about his family or go into details about where they might go or if they’d move. He said his wife was from Mexico.

The lump-sum option totaled $324.6 million, but after 24 percent in federal taxes and 8 percent for the state, Wahl is taking $220.7 million home, according to acting lottery executive director John White.

Mega Millions is played in 44 states plus Washington, D.C., and the U.S. Virgin Islands. Wahl’s win was the fourth-biggest in the game’s history.