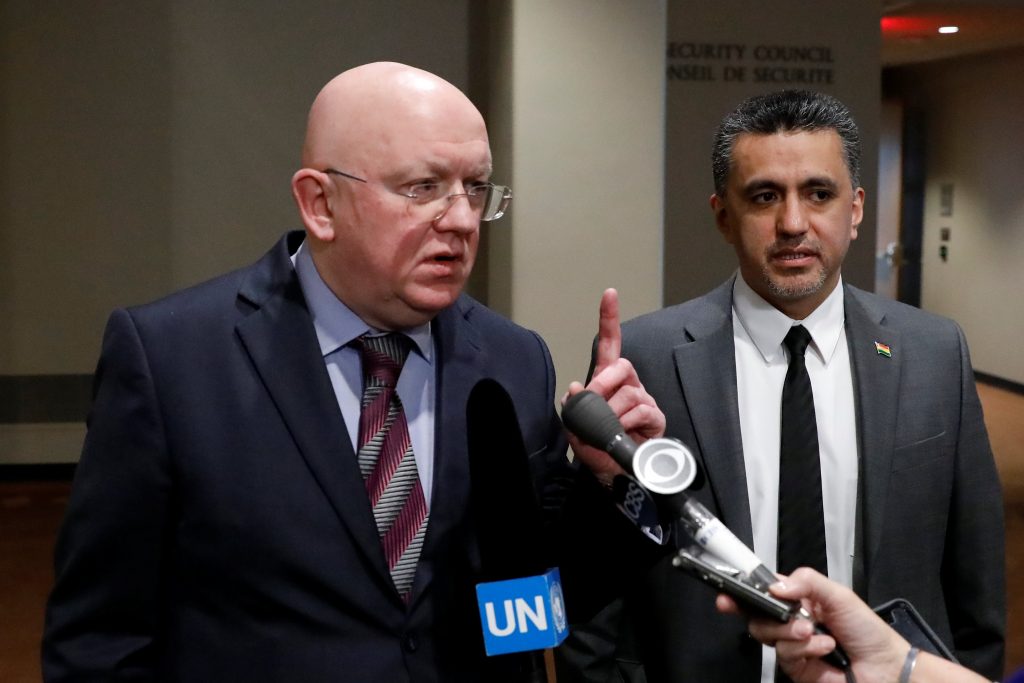 Russia’s U.N. ambassador is calling for an emergency meeting of the U.N. Security Council to hear from Secretary-General Antonio Guterres on threat to international peace and security from possible military action against Syria by the U.S. and its allies.

Vassily Nebenzia told reporters after a closed council meeting Thursday on chemical weapons in Syria, that he hopes an open meeting with the U.N. chief can be held “soon.”

Nebenzia says: “The immediate priority is to avert the danger of war.”

He said the second priority now is to get inspectors from the Organization for the Prohibition of Chemical Weapons to the Damascus suburb of Douma where a suspected poisonous gas attack took place last weekend to see what happened — and “that nothing prevents them from doing it.”

The OPCW said Thursday the investigators will start work on Saturday.