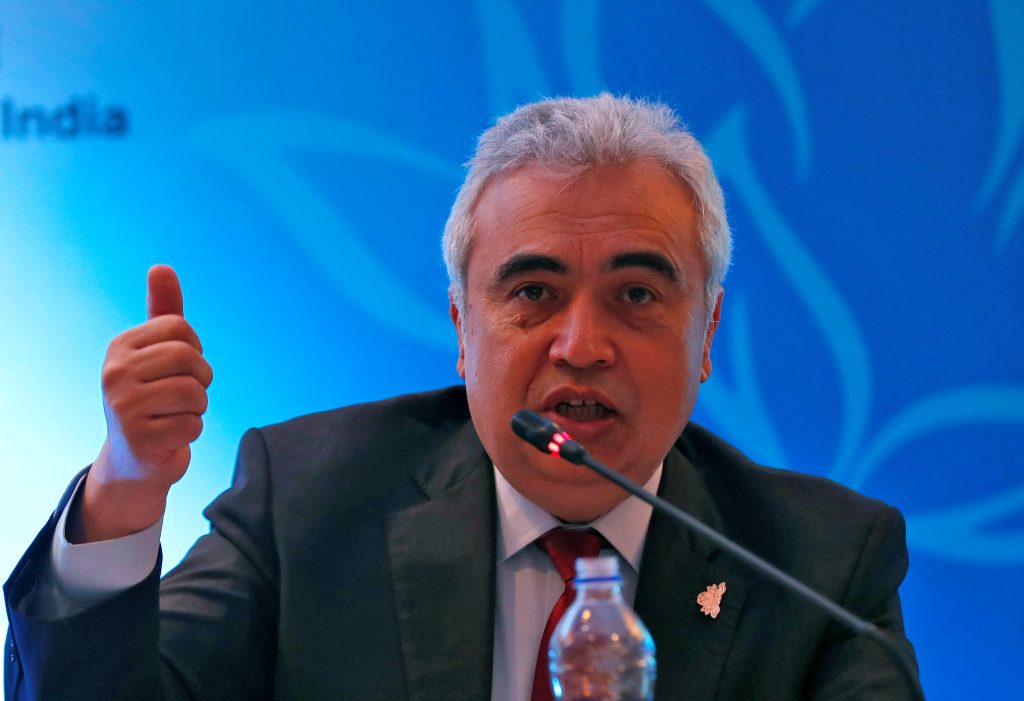 In the oil market, missiles over the Middle East are currently trumping just about everything else.

Geopolitical tensions are affecting prices now and will lift crude higher if they persist, Fatih Birol, the executive director of the International Energy Agency, said in an interview on Thursday. Meanwhile, trade disputes such as the one between U.S. and China that’s hurt investor sentiment recently are not unusual and won’t have “a direct impact on oil markets for now,” he said on Bloomberg Television in New Delhi.

Crude has surged to levels last seen in 2014 as the risk of violent conflict grips the market and raises concerns over potential Middle East supply disruptions. Top OPEC producer Saudi Arabia on Wednesday intercepted a missile attack by Yemeni rebels, who are seen as being supported by fellow group member Iran. That was after U.S. President Donald Trump warned Russia to expect an American missile barrage toward its ally, Syria.

The escalating tensions have taken investor focus away from data that may otherwise have dragged prices down. An Energy Information Administration report Wednesday showed U.S. production climbed to another record last week, while nationwide inventories posted a surprise gain. Still, as of Thursday, oil is poised to post its biggest weekly advance since July 2017.

“Oil markets are very much linked to geopolitical tensions, especially if they’re in the Middle East, the heart of global oil exports,” Birol said.

Saudi Arabia said one missile was intercepted over Riyadh, with loud blasts heard in the night sky above the Saudi capital on Wednesday. Two others were shot down over the southern areas of Jazan and Najran, authorities said. The U.S. State Department said the attacks by Yemen’s Houthi rebels were “fueled by the Iranian regime’s dangerous proliferation of weapons and destabilizing activities in the region.”

The U.S. is aiming to target Syria, where President Bashar Assad’s forces are backed by Russia and Iran, over a suspected chemical weapons attack. A warning that Russia would strike back at American planes or ships launching missiles was communicated directly to the U.S., according to a report in the Kommersant newspaper.

“If tensions continue, they will continue to have an impact on the oil market and prices,” said Birol. “Definitely, this will be a reason to push the prices up.”

What’s more, RBC Capital Markets says that the intensifying proxy fights in Middle East further dim hopes for the White House remaining party to a deal between Iran and global powers that eased sanctions on the Middle East nation in exchange for curbs on its nuclear program. Exports from the Persian Gulf state would drop if sanctions are re-imposed, according to an April 11 note.

OPEC is watching developments in the Middle East and elsewhere with keen interest, and is concerned about the “geopolitical premium re-emerging in the price” of oil, the group’s secretary-general, Mohammad Barkindo, said in an interview with Bloomberg TV in New Delhi.

Take away the geopolitical risks, though, and the oil market is well supplied, according to the Paris-based IEA’s Birol. And Georgi Slavov, head of research at Marex Spectron, said while the tensions can be a “positive price development,” crude may decline for the next two to six months as the market remains structurally over-supplied with limited demand.

“A tremendous amount of oil is coming from the U.S.,” the IEA’s Birol said. “We are seeing a second wave of shale revolution taking place. As a result, I think markets will be well supplied in the next years to come.”