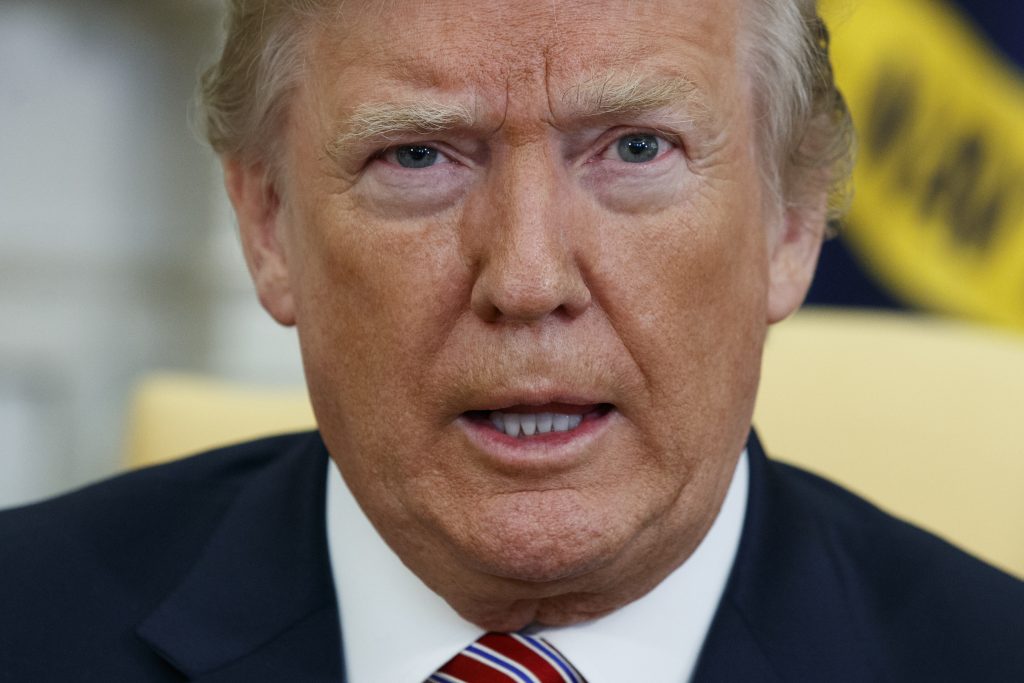 “Russia vows to shoot down any and all missiles fired at Syria,” Trump tweeted. “Get ready Russia, because they will be coming, nice and new and ‘smart!’ You shouldn’t be partners with a Gas Killing Animal who kills his people and enjoys it!”

Trump did not detail what a strike would look like, or whether these would be U.S. missiles. The tweet came as Trump administration officials have consulted with global allies on a possible joint military response to Syria’s alleged poison gas attack. Trump canceled a foreign trip in order to manage a crisis that is testing his vow to stand up to Syrian President Bashar Assad.

Russian lawmakers earlier warned the United States that Moscow would view an airstrike on Syria as a war crime, saying it could trigger a direct military clash between the two former Cold War adversaries. Russia’s ambassador to Lebanon said any missiles fired at Syria would be shot down and the launching sites targeted — a stark warning of a potential major confrontation in Syria.

Shortly after warning that missiles were coming, Trump tweeted that the U.S. “relationship with Russia is worse now than it has ever been, and that includes the Cold War.” Then, striking a more conciliatory tone, he said: “There is no reason for this. Russia needs us to help with their economy, something that would be very easy to do, and we need all nations to work together. Stop the arms race?”

Trump’s administration has sought to show they are being tough on Russia, with a series of economic and diplomatic actions, including new sanctions last week against government officials and oligarchs. But Trump has also largely avoided criticizing Russian President Vladimir Putin by name, though he singled him out in a tweet over the weekend for supporting Bashar Assad.

The U.S., France and Britain were in extensive consultations about launching a military strike as early as the end of this week, U.S. officials have said. None of the three countries’ leaders had made a firm decision, according to the officials, who were not authorized to discuss military planning publicly.

A joint military operation, possibly with France rather than the U.S. in the lead, could send a message of international unity about enforcing the prohibitions on chemical weapons and counter Syria’s political and military support from Russia and Iran.

President Emmanuel Macron said France, the U.S. and Britain will decide how to respond in the coming days. He called for a “strong and joint response” to the attack in the Syrian town of Douma on Saturday, which Syrian activists and rescuers say killed 40 people. The Syrian government denies responsibility.

The French president does not need parliamentary permission to launch a military operation. France is already involved in the U.S.-led coalition created in 2014 to fight the Islamic State group in Syria and Iraq. Multiple IS attacks have targeted French soil, including one last month.