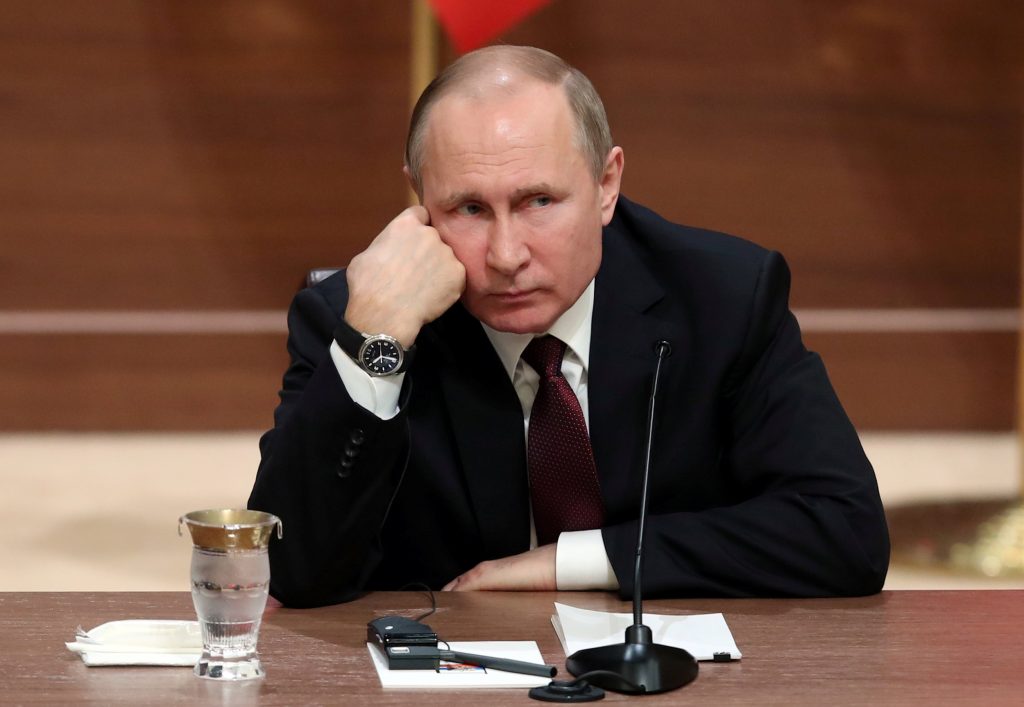 The call came as Syria braced for a U.S. missile attack in response to charges of the use of chemical weapons by the Assad regime over the weekend in the civil war.

Israel is on high alert for possible Iranian retaliation after Tehran’s direct threat on Tuesday.

“Upon an initiative of the Israeli side, a telephone conversation took place between Russian President Vladimir Putin and Israeli Prime Minister Benjamin Netanyahu. The Syrian issue was discussed, including in connection with the recent missile strikes on the T-4 airfield in Homs by the Israeli Air Force,” the Kremlin said, according to Russia’s Sputnik news agency.

“Vladimir Putin stressed the fundamental importance of respecting the sovereignty of Syria, called for refraining from any actions that might further destabilize the situation in this country and pose a threat to its security,” the Kremlin added.

Earlier on Wednesday, Israeli officials were quoted as saying that “If the Iranians act against Israel from Syrian territory, Syrian President Bashar Assad and his regime will be those that pay the price,” according to The Jerusalem Post.

“Assad’s regime and Assad himself will disappear from the map and the world if the Iranians do try to harm Israel or its interests from Syrian territory,” said senior officials in the defense establishment.

“Our recommendation to Iran is that it does not try to act, because Israel is determined to continue on this issue to the very end,” they said.