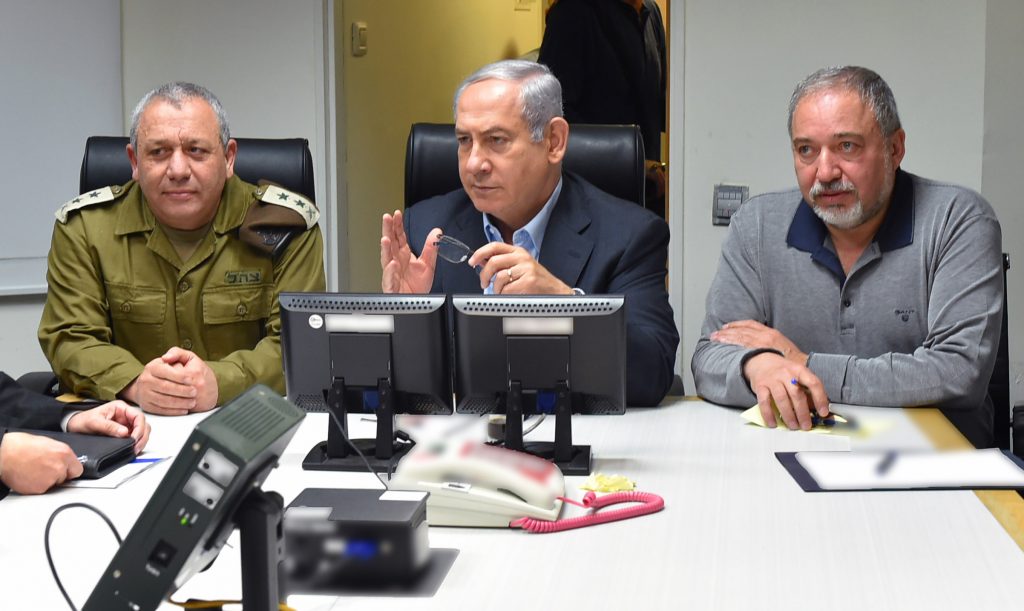 Israel held top-level security consultations on Wednesday amid concern it could be targeted by Syria or Iran if the United States strikes Syrian government forces over an alleged poison gas assault.

But they said Israel was taking seriously an Iranian threat to respond to a strike on Monday on an airbase on Syria, which Damascus, Tehran and Moscow have blamed on Israel.

Israel has neither confirmed nor denied carrying out the attack.

But it has pledged not to allow Iran, whose allied Shi’ite militias fight in support of Assad, to establish a military foothold in Syria and it has carried out scores of strikes against suspected arms convoys believed destined for Lebanon’s Hezbollah terrorist group.

“We have to be prepared for any scenario. Iran is a dangerous and serious enemy that should not be underestimated,” Zeev Elkin, a member of the security forum, said on Army Radio before it convened.

“I won’t get into the operational details, but we are constantly in touch with the Americans. They are our strategic partner, and our defense establishment is in constant contact with them,” Elkin said.

Yaakov Amidror, a former Israeli national security adviser, said Iran has “an open issue with us” over the air base strike.

The same facility was targeted by Israel in an air strike in Syria in February after an Iranian drone was shot down inside Israeli territory.

Amidror told reporters a U.S. strike in Syria could be used by Iran as a smokescreen “to do something against Israel.”

“They have their long arm of Hezbollah, which is controlled by the Iranians,” he said. “They have militias in Syria and in Lebanon which they control and they have Iranian military forces in Syria that can be used.”

Amos Yadlin, a former Israeli military intelligence chief, wrote on Twitter that “the Iranians will probably respond to the strike attributed to Israel, even if not immediately.”

Tehran, he said, aimed to deter Israel from continuing to strike Iranian forces in Syria.