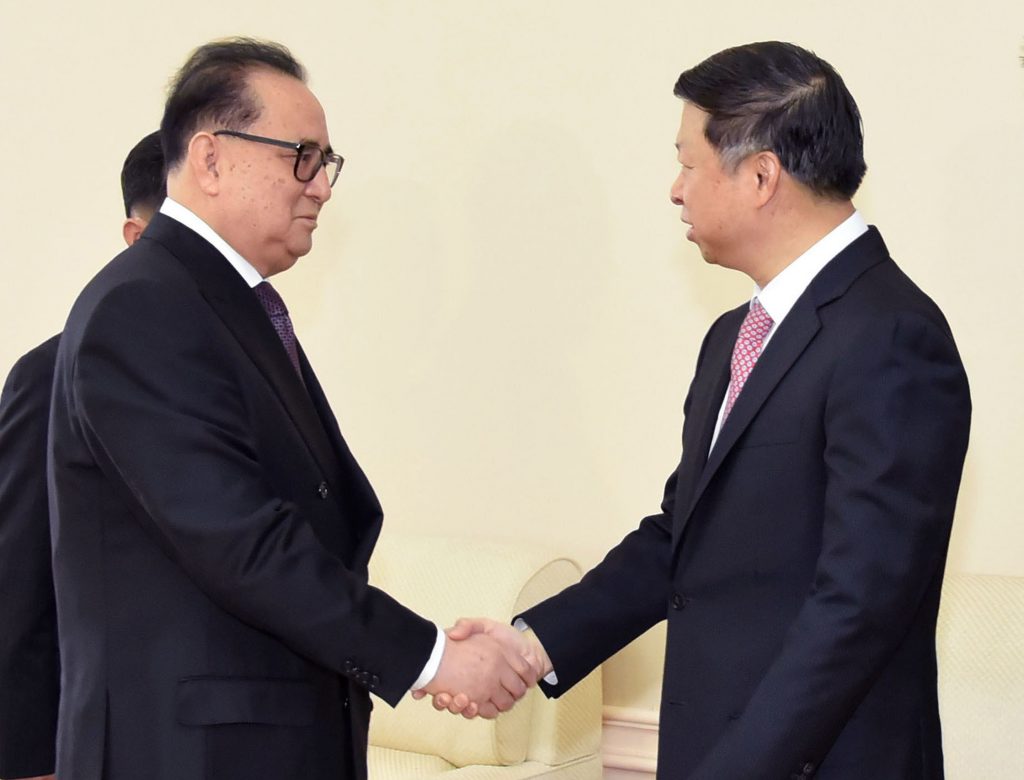 Song Tao, who heads the ruling Communist Party’s International Department, will lead an art troupe to Pyongyang on Friday to attend an arts festival, the Xinhua News Agency said.

It said Song had been invited by the International Department of North Korea’s ruling Worker’s Party. No details were given about any officials he would meet.

The trip, during which he met with Chinese President Xi Jinping, was Kim’s first since taking power six years ago, and was considered an attempt to repair traditionally warm ties with China that have deteriorated over the North’s development of ballistic missile and nuclear weapons technology and China’s enforcement of United Nations economic sanctions.

China is the North’s most important trading partner, although trade has fallen drastically under the sanctions, taking a major toll on the country’s ailing economy.

Kim’s diplomatic moves could have a major impact on the direction the country takes in the months and possibly years ahead. Following his summit with Xi, Kim dispatched his foreign minister to Moscow, reportedly exploring the possibility of a summit with President Vladimir Putin.

China has long advocated a return to the six-nation talks it hosted on the nuclear issue and appears anxious not to be sidelined by the North’s new outreach to other players in that long-stalled process.

Song visited Pyongyang in November, becoming the last high-level Chinese official to do so.