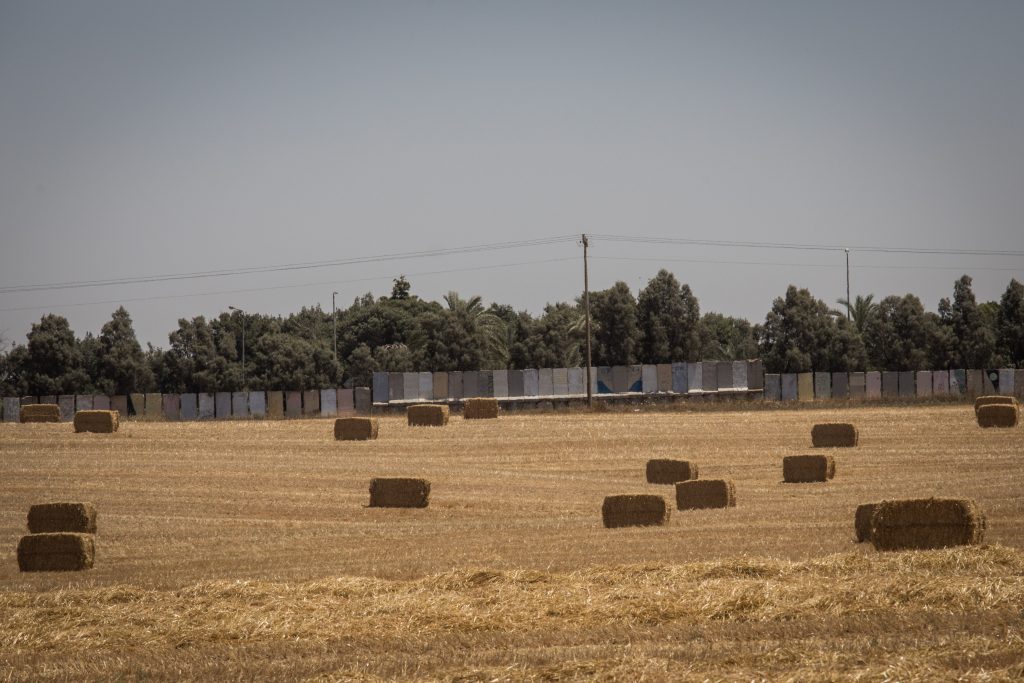 Israeli forces returned fire at Hamas terror targets in Gaza Wednesday morning after an explosive device went off as an IDF bulldozer operated along the border fence. No injuries or damage were reported in the explosion. Officials said that it was the activity of the bulldozer that set off the bomb, which had been planted at the border fence by Gaza terrorists.

The incident occurred in one of the areas where thousands of Gaza residents rioted on Friday, attempting to breach the border fence. The IDF said that it was likely that the bomb had been planted by Hamas terrorists, operating while the IDF was busy dealing with the rioters. In a statement, the army said that it would “not allow Hamas to turn the border fence area into a stage for confrontations with the IDF.”

Also Wednesday morning, several Gaza Arabs approached the security fence, apparently with the intent of getting past it. Israeli soldiers fired warning shots, and the Arabs retreated into Gaza.

Meanwhile, Israeli forces were getting ready for another round of rioting on Friday, as Hamas is set to again bring thousands of Gaza Arabs to the border fence, with the intention of breaching it. After the failure of the “tire intifada,” in which Hamas burned thousands of tires in the hope of creating a smokescreen to blind IDF soldiers – who, in turned, used giant fans to send the smoke back onto the rioting mob on the Gaza side of the fence – security officials believe that Hamas will try some new tactics this week.

One of them is likely to be increased use of firebombs to be thrown over the border fence – in the hope that they will explode and set fire to thousands of dunams of wheat growing near the border fence. Firebombs have been thrown over the past several Fridays as well, but Israeli security forces said that it was likely that Hamas would concentrate on that tactic, now that the summer wheat is growing. Speaking to Yediot Acharonot, Gaza border fence region farmers said that at this time of year, the wheat is largely dry, and is almost ready for harvesting. “We need to wait a few weeks to harvest, because the wheat is not quite ready,” one farmer said. “Farmers who harvest now will lose a lot of money, as the wheat in its current state is fit only as animal feed.”

Security officials also said that if Hamas does manage to breach the border fence, its first objective would likely to be kidnapping IDF soldiers. Hamas terrorists can be observed openly practicing to do this, officials said.