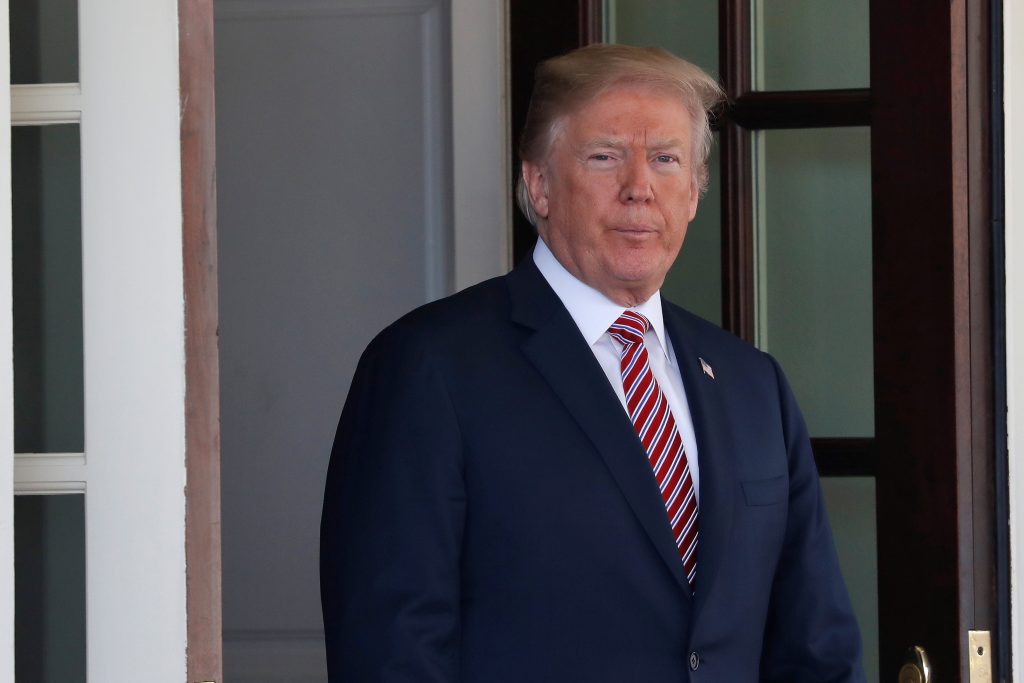 In a telephone call this month with Saudi Arabia’s King Salman, President Donald Trump demanded that the kingdom and its Arab partners quickly end a nearly year-old dispute with Qatar that has left U.S. allies in the region fractured, according to two U.S. officials briefed on the conversation.

Trump wants the rift healed to restore unity among Arab Gulf states and present a united front against Iran, said the officials, who requested anonymity to discuss high-level diplomatic communications.

Trump’s tone in the April 2 call with Salman was described by one official as “forceful.” It was not clear what the king’s response was.

Saudi Arabia, the Emirates, Bahrain and Egypt cut off travel and trade ties with Qatar last June, accusing it of backing their arch-rival, Iran, and supporting terrorism. Qatar denies the charges and says the boycott impinges on its sovereignty.

“The president’s focus has always been on Iran, and its nuclear and missile programs that threaten all the Gulf states, as well as Israel, and he stressed that the feud the Saudis and Emirates are having with Qatar makes no sense,” the official said.

Trump’s demand for swift action to end the rift represents a shift. Early in the crisis, he publicly sided with the Saudis and Emiratis, complicating then-Secretary of State Rex Tillerson’s attempts to mediate.

Trump also discussed the dispute in a phone call last Friday with Abu Dhabi Crown Prince Mohammed bin Zayed, and in a White House meeting on Tuesday with Qatari Emir Tamim bin Hamid al-Thani, where he said his ties with Qatar were working “extremely well.”

An administration spokeswoman would not expand on an earlier White House description of the call with the Saudi king. A spokeswoman for the Saudi embassy in Washington did not immediately respond to a request for comment.

A second official knowledgeable about the call said Trump insisted that the rift within the six-nation Gulf Cooperation Council be patched up within three weeks, in part because of a looming decision on Iran.

Trump has set a May 12 deadline for European powers to commit to improving the 2015 nuclear agreement with Iran, or he will pull Washington out of the deal.

Trump also faces a potential confrontation with Tehran in Syria, where he has accused President Bashar al-Assad’s Iranian-backed government of using poison gas on his own people in an assault on Saturday. Trump appeared on Wednesday to threaten an imminent retaliatory missile strike in Syria.

It remains to be seen whether Trump’s Gulf pressure campaign will work. Outwardly, there is little sign of a rapprochement between Qatar and its Gulf Arab neighbors.

A written White House readout of Trump’s phone call with Salman said the president “emphasized the importance of resolving the Gulf dispute and restoring a united Gulf Cooperation Council to counter Iranian malign influence and defeat terrorists and extremists.”

The readout did not recount Trump’s tough tone or describe a U.S. deadline for resolving the dispute.