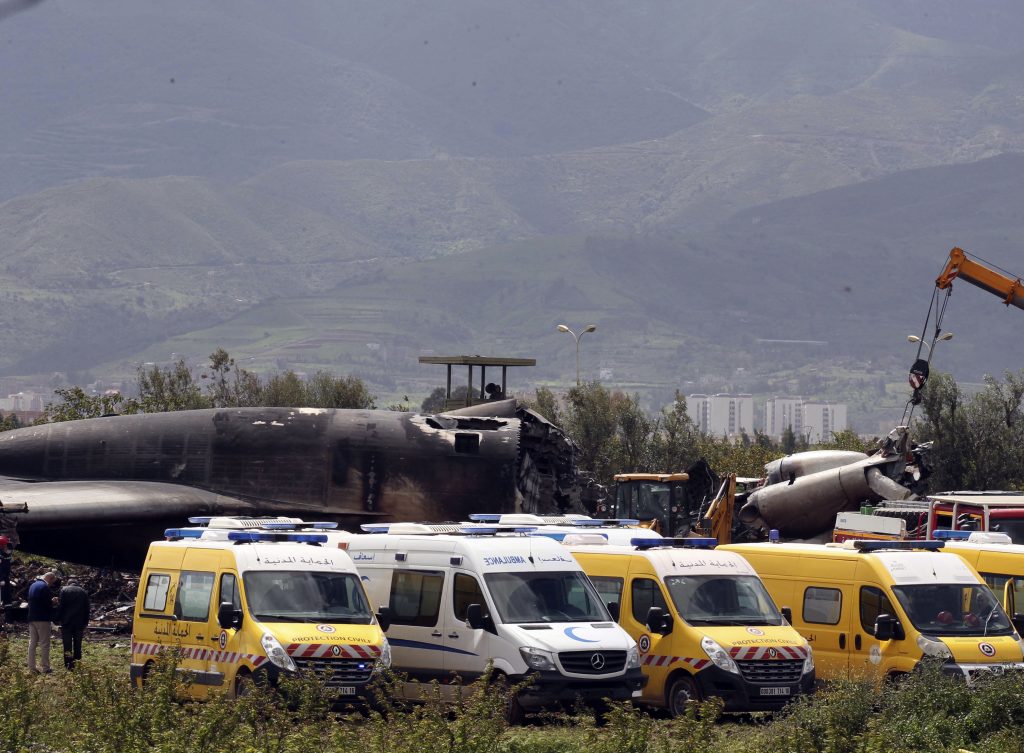 A military plane carrying soldiers and their families crashed soon after takeoff in a farm field in northern Algeria on Wednesday, killing 257 people in what appeared to be the worst plane crash in the North African nation’s history.

The cause of the crash was unclear, and an investigation has been opened, the ministry said.

The ministry said that most of the victims were soldiers and their relatives and that the victims’ bodies were transported to the Algerian army’s central hospital in the town of Ain Naadja for identification.

Local media reported that the plane crashed just after taking off. Emergency services converged on the area near the Boufarik military base after the crash. Footage from the scene showed thick black smoke coming off the field, as well as ambulances and Red Crescent vehicles arriving at the site.

It was the first crash of an Algerian military plane since February 2014, when a U.S.-built C-130 Hercules turboprop slammed into a mountain, killing at least 76 people and leaving just one survivor.

In 2003, 10 people died when an Algerian Air Force C-130 crashed after an engine caught fire shortly after it took off from the air base near Boufarik, according to the Aviation Safety Network’s database.

The previous deadliest crash on Algerian soil occurred in 2003, when 102 people were killed after a civilian airliner crashed at the end of the runway in Tamanrasset. There was a single survivor in that crash.

The flight had just taken off from Boufarik, about 20 miles southwest of the capital Algiers, for a military base in Bechar in southwest Algeria, according to Farouk Achour, chief spokesman for the civil protection services. It was scheduled to make a layover in Tindouf in southern Algeria, home to many refugees from the neighboring Western Sahara, a disputed territory annexed by Morocco.

The Soviet-designed Il-76 military transport plane crashed in an agricultural zone with no residents, Achour said.

The Il-76 model has been in production since 1970s and has an overall good safety record. It is widely used for both commercial freight and military transport. The Algerian military operates several of the planes.