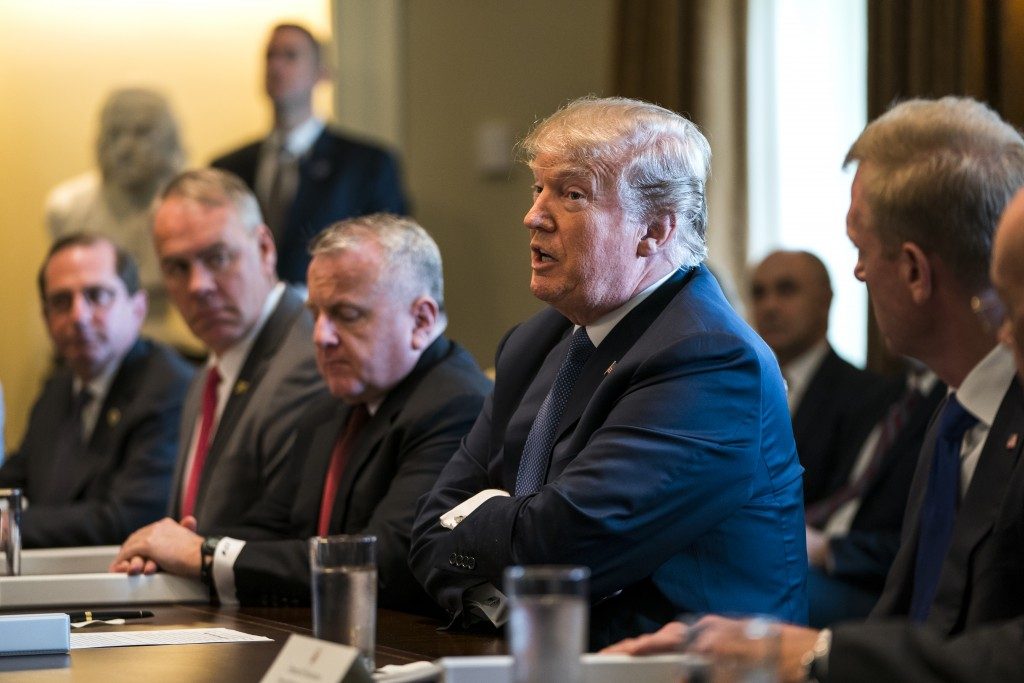 During the 2016 campaign, Donald Trump excoriated President Barack Obama for “the way he got out of Iraq,” which Trump said “was the founding of” the Islamic State. As president, Trump reiterated during a meeting with Iraq’s prime minister that “we should never ever have left. A vacuum was created.”

Trump was right. Obama’s withdrawal did create a vacuum the Islamic State quickly filled. So why is Trump now threatening to repeat Obama’s mistakes by withdrawing U.S. forces from Syria?

The president recently announced that U.S. troops will be “coming out of Syria … very soon” because “we were very successful against ISIS” and it is time to “let the other people take care of it now.” That is exactly the rationale Obama used when he pulled U.S. forces out of Iraq.

The terrorists had been driven from their strongholds, and, according to then-CIA Director John Brennan, they had just “700-or-so adherents left.” So Obama decided, with the Islamic State apparently defeated, that it was time for the United States to come out and let Iraqis “take responsibility for their country.” But when Obama took the boot off of the terrorists’ necks, it allowed the Islamic State to regroup and reconstitute itself.

Trump corrected this catastrophic mistake when he took the gloves off our military and drove the Islamic State from its physical caliphate. He deserves credit for this achievement. But the Islamic State is not defeated; it has simply reverted into an insurgency and remains a terrorist network with global reach. And it is not the only terrorist threat in Syria. Al-Qaida also has an army there waiting in the wings to replace the Islamic State. According to the Institute for the Study of War and the American Enterprise Institute’s Critical Threats Project, “al-Qaida … is more dangerous than ISIS,” because although they share “the same aims as ISIS, including the intention of attacking and destroying the West,” al-Qaida is less focused on developing a physical caliphate and more on “insinuating itself inside Sunni insurgencies by harnessing popular grievances … while continuing to build capabilities that could be turned against the West.”

If Trump pulls out of Syria now, he will leave behind a haven for al-Qaida. And his withdrawal could also precipitate the comeback of the Islamic State. The Trump administration drove the Islamic State from its strongholds by working with Kurdish proxies despised by Turkey. If the United States leaves, Turkey will go after our Kurdish allies, leaving the Islamic State free to regroup and reconstitute — just as it did after Obama’s disastrous withdrawal from Iraq.

That’s not all. A U.S. withdrawal would create an Obama-style vacuum that would be filled by Iran, Hezbollah, Russia and the Assad regime. Iran and Syrian President Bashar al-Assad would escalate their brutal campaign of atrocities in Syria — including crossing Trump’s red line on the use of poison gas — which would radicalize the Sunni population, driving them into the waiting arms of al-Qaida. This could also create a new refugee crisis, with hundreds of thousands of Syrians fleeing to the West.

An Obama-style withdrawal from Syria could also free Iran to establish a massive military presence in southwestern Syria, which could spark a catastrophic war with Israel. Israel recently shot down an Iranian drone that had infiltrated its airspace from Syria and accused Iran of building sites in Syria to produce precision-guided missiles. Prime Minister Benjamin Netanyahu said that Israel “will not allow a regime … bent on the annihilation of the Jewish State … to entrench itself militarily in Syria,” and warned that if Iran tried to do so, Israel would act “not only against Iranian proxies that are attacking us, but against Iran itself.” If our goal is to protect Israel and constrain Iran, withdrawal from Syria would do the opposite.

What should Trump be doing in Syria? He should maintain a U.S. presence to secure our military’s gains, protect our Kurdish allies, keep the Islamic State down and prevent al-Qaida from capitalizing on the Islamic State’s demise. He should prevent Iran from entrenching itself in Syria, expanding its military presence and threatening Israel. And in the longer run, he should be working to separate the Sunni population from al-Qaida by cultivating Sunni partners in Syria who are allied with the United States against the Salafi-jihadist cause, as well as the growing Iranian-Russian-Assad-Hezbollah alliance.

The temptation to declare victory in Syria and withdraw is understandable. But before he does so, Trump should ask himself:

What would Obama do? Then he should do the opposite. n (c) 2018, The Washington Post Writers Group