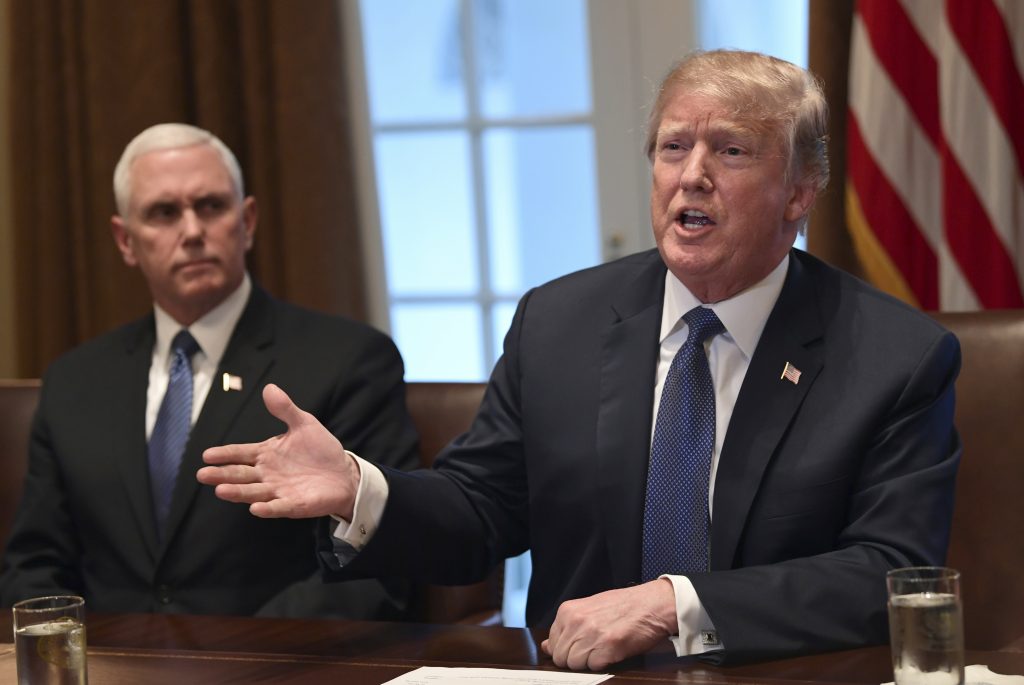 President Donald Trump plans to send Vice President Mike Pence to an upcoming summit in South America, which the president has decided to skip.

White House spokeswoman Sarah Huckabee Sanders said in a statement Tuesday that Trump will not attend the 8th Summit of the Americas in Lima, Peru, or travel to Bogota, Colombia, as planned. Vice president Pence will travel to the summit in his place, but will not go to Colombia.

Pence’s deputy chief of staff, Jarrod Agen, said in a statement that Pence is “honored” to attend the summit, adding that last year he “traveled to the region to meet with the presidents of Argentina, Chile, Colombia and Panama to increase the pressure against the Maduro regime and negotiate better trade deals that benefit American workers.”

Sanders said Trump has decided to stay in the United States to “oversee the American response to Syria and to monitor developments around the world.” This marks the first time an American president has not attended the summit, which was first held in 1994 and is scheduled to begin April 13.

The decision came after an apparent chemical weapons attack on civilians in Syria. Trump has vowed to respond “forcefully,” warning that Russia or any other nation found to share responsibility will “pay a price.”

White House officials said the decision to miss the summit was made Monday, adding that the raid of the office of Trump attorney Michael Cohen was not a factor in the decision. The officials spoke on condition of anonymity to discuss internal discussions.

Trump’s new national security adviser, John Bolton, advocated that Trump stay in Washington in the aftermath of the attack, said one of the officials.