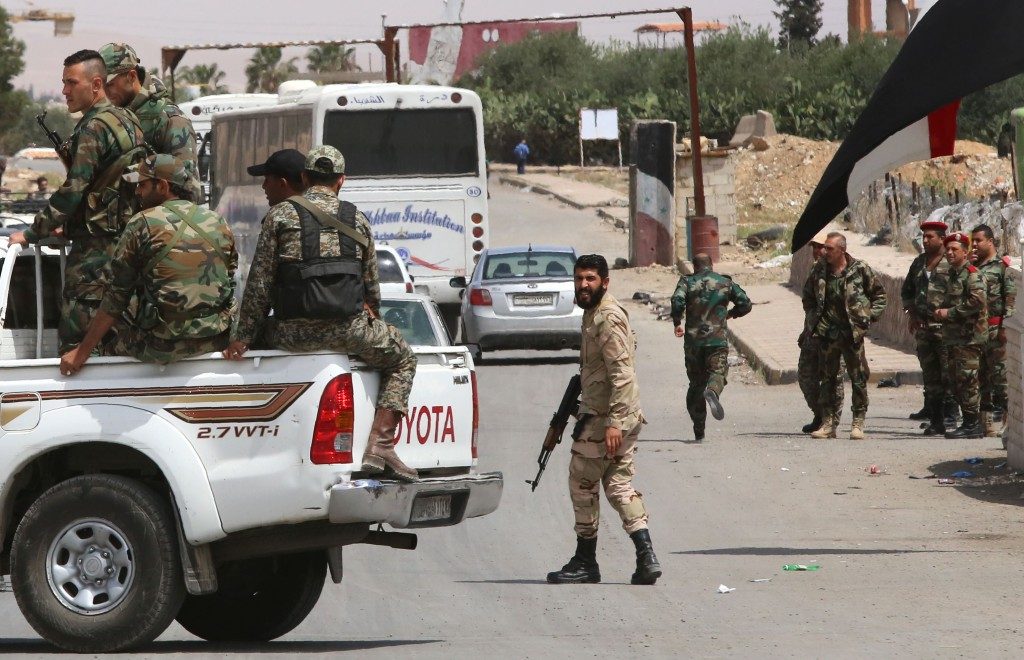 The appalling images from the streets of Duma, Syria, once again bring to the fore the best-known secret of all: President Bashar Al Assad is methodically murdering the weak, the downtrodden and the babies. He is a mass murderer of the worst and vilest kind.

Only a few days before Pesach, the story broke of Israel’s bombardment of the Syrian nuclear reactor about a decade ago. Things that had been whispered from person to person, and were known to just a handful of people, were approved for publication by the chief censor, who determined that the president of Syria is currently too weak to take revenge on Israel.

But it turns out that he is not too weak to take revenge on his own nation, on the citizens of his country, on anyone who does not toe the party line of his dictatorial regime. With chemical weapons that cause death in a horrific and brutal manner, in front of the eyes of the world, he continues to display “strength,” with the children, as always, the easiest fodder.

In his book Beguf Rishon (“In First Person”), then-prime minister Ehud Olmert writes about the operation dubbed “Out of the Box.” From the time Mossad head Meir Dagan shared with him the revelation that Syria was building a nuclear reactor, Olmert realized that it would be impossible to live in peace with that reality. Deliberations centered on what would be the reaction of America, Israel’s staunchest ally, to the action Israel was considering. But the direction was clear: Such an existential threat, in such close proximity, could not be left to stand.

Throughout this time, there were constant negotiations between Israel and the United States. Israel, for its part, preferred that the United States destroy the reactor, to minimize the risk of war. President George W. Bush, however, preferred not to attack, and offered to open a diplomatic channel in the Security Council.

Israel was alarmed. “I’m disappointed by your decision,” Olmert told Bush in a phone conversation, after the latter informed him of the decision. “Israel knows how to take action on its own,” Olmert clarified, and Bush agreed. At this point, preparations for the operation moved into high gear, and the Air Force began to finalize the plan that had been selected. Concurrently, IDF forces in the Golan Heights were placed on high alert so they could thwart a potential Syrian onslaught.

As the discussion between the two heads of state drew to an end, the prime minister asked President Bush not to discuss the matter with anyone. “This issue is mine.” Bush, who deeply respected the determined and charismatic Olmert, replied, “I will be buttoned up, my friend.” Indeed, he was. Olmert calls Bush “not only a wonderful friend of Israel, but a wonderful, warm, humane person, who was emotionally involved in all the subjects we discussed.”

At the completion of this complex and courageous operation, commander of the Air Force, Gen. Eliezer Shkedi, turned to Olmert and said, “Prime Minister Olmert, the target has been destroyed.”

In Israel, they breathed a sigh of relief for 10 years. But in light of the grisly images from Syria, it’s safe to assume that any smugness and self-satisfaction was a bit premature. The reactor in Dir a Zur was only one of the targets, but the primary target is still extant, alive and kicking — or rather killing. It was not destroyed at all.

The week during which the world marks Yom Hashoah, Holocaust Remembrance Day, is a chilling time to realize that, 75 years later, people are still being slaughtered and the world is silent.

As believing Jews, we trust that “lo yanum velo yishan Shomer Yisrael,” the Guardian of Israel neither slumbers nor sleeps, and He will stand at our side and protect the nation that dwells in Tzion. But the big wide world is still silent in the face of the caprices of the butcher Assad. And in another generation or two, investigators and researchers will ask how the Syrian nation went like sheep to the slaughter. How indeed?