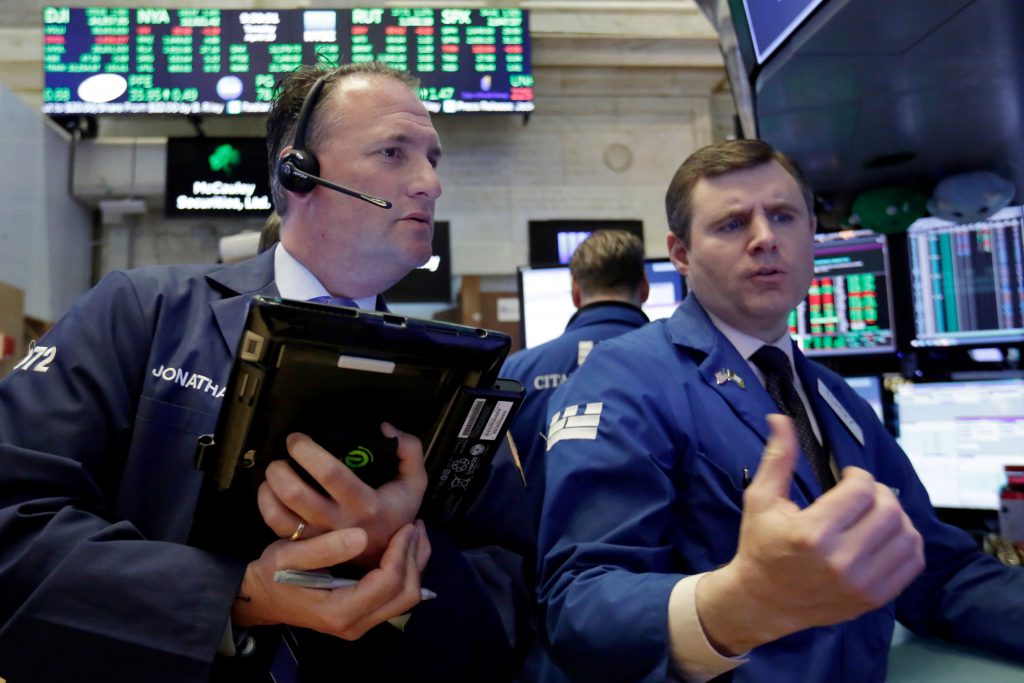 Stocks are rising sharply on Wall Street Tuesday after Chinese President Xi Jinping offered possible concessions in a trade dispute with the U.S. The Dow Jones industrial average rose as much as 500 points as investors hope the world’s largest economies will resolve their differences without a trade war that hampers global commerce. Xi promised to reduce China’s tariffs on imported cars and to improve intellectual property protection.

Stocks had been on track for a similarly big jump Monday before a late slump wiped out most of their gains. The Dow rose as much as 440 points during the day, but finished just 46 points higher.

HOPES FOR TRADE: Speaking at a business conference, Xi made no direct mention of the trade dispute with the U.S., but promised changes in areas that the U.S. has identified as priorities. In addition to intellectual property protections and auto tariffs, he discussed opening China’s banking industry and increasing its imports. He didn’t address other thorny topics, including requirements for foreign companies to give technology to potential local competitors.

CONGRESS POKES ZUCKERBERG: Facebook CEO Mark Zuckerberg is scheduled to testify before two Senate committees Tuesday afternoon, and the company has started alerting some users that their data was swept up by Cambridge Analytica in the privacy scandal that has engulfed Facebook over the last four weeks. As many as 87 million users were affected.

Facebook shares have dropped precipitously since the scandal emerged in March. They rose $2.47, or 1.6 percent, to $160.35 Tuesday.

LEADERS: Technology and industrial companies have made some of the biggest swings on the market during the trade spat. If the U.S. and China both place tariffs on imports from the other, industrials face greater costs as well as with lower sales. Technology companies might face manufacturing changes and slower growth in the global economy.

ENERGY: Benchmark U.S. crude rose $1.52, or 2.4 percent, to $64.94 a barrel in New York. Brent crude, used to price international oils, added $1.55, or 2.3 percent, to $70.20 a barrel in London. Oil prices have bounced up and down recently as investors wonder if the trade dispute will hamper global economic growth.

GOING PRIVATE: VeriFone Systems surged after it agreed to be bought by Francisco Partners and British Columbia Investment Group. The investment group will pay $23.04 a share, or $2.54 billion, for VeriFone, which makes terminals for electronic payments. VeriFone stock climbed $784, or 52.2 percent, to $22.84.

PRICES PICK UP: U.S. wholesale prices increased 0.3 percent in March, another sign that inflation is starting to rise a bit faster. Excluding a big jump in food prices and a drop in gasoline prices, core inflation rose 0.3 percent. The Labor Department’s Producer Price Index measures prices before they reach consumers, and over the past 12 months it’s risen 3 percent.