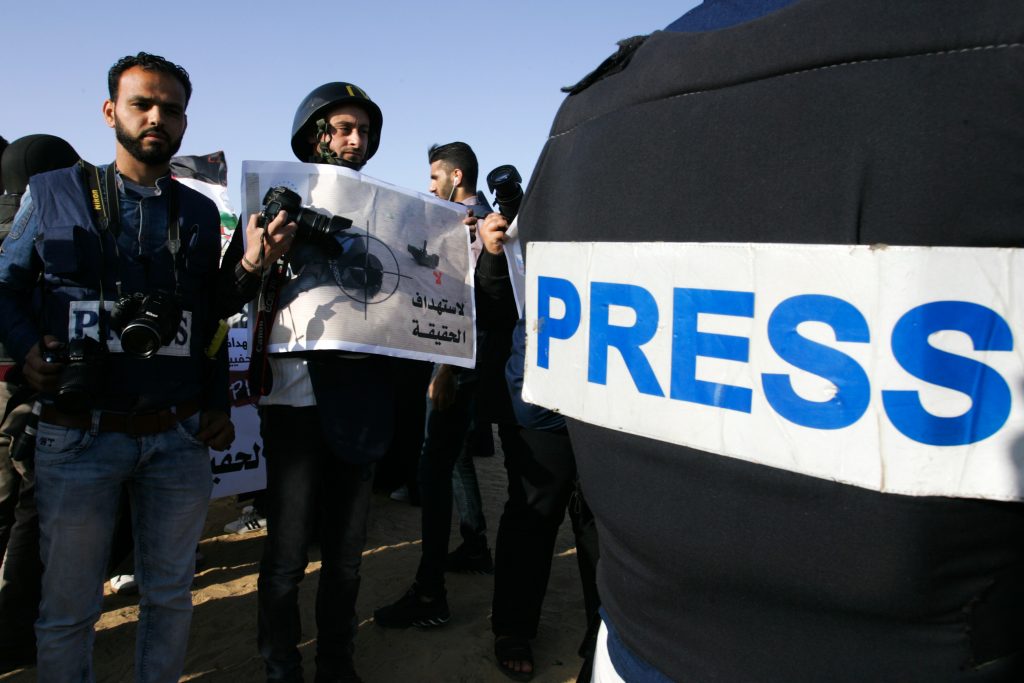 The “photojournalist” who was killed by IDF fire on Friday in Gaza is a top Hamas terrorist, Israeli security officials said Tuesday. The officials, quoted on the Walla news site, said that the individual, who was wearing a vest marked “press,” had “for many years operated as an officer in the Hamas terror organization. He was an activist who worked for the organization on a daily basis and was involved in many operations.”

The incident occurred Friday evening, in the midst of mass riots by Hamas and Gaza residents who sought to breach the security fence and enter Israeli towns. According to Hamas, Yasser Mortaja, a freelance photographer, was wearing a vest clearly marking him as a journalist, but Israeli officials said that he was shot as he operated a drone over soldiers. Speaking Motzoei Shabbos, Defense Minister Avigdor Liberman said that anyone who takes that kind of action should not be surprised at being targeted by Israeli soldiers. “We’ve seen dozens of incidents in which terrorists used ambulances, pretending to be from the Red Crescent medical society, or posed as journalists. We are not taking any chances.”

According to the sources, Walla News said, Mortaja had in 2015 attempted to smuggle a drone into Gaza, which was to be used to fly surreptitiously over Israel and gather data. Mortaja had been working on that and other terror-related projects in recent months, the sources said.

Meanwhile, Education Minister Naftali Bennett and Public Security Minister Gilad Erdan defended soldiers who were seen in footage cheering when they hit a terrorist during Friday’s rioting. A video that surfaced on Sunday showed the soldiers shooting at rioters who were attempting to breach the Gaza border fence – and in one instance, when one of the terrorists is hit, soldiers are heard cheering. The incident provoked criticism by leftists and Arab MKs. The IDF said Tuesday it had tracked down the soldier who did the shooting, and will investigate if he took the proper action in shooting.

Commenting on the incident, Bennett said that “IDF soldiers are defending the country, and we need to defend them. I refuse to condemn the soldiers in this video. It’s easy to sit in Tel Aviv and condemn fighters. I refuse to join the chorus of condemners.” Erdan said that he too backed the soldiers, who “day and night endanger themselves on our southern border. I would recommend that all those who are in shock over this to instead use their indignation to pressure the West to respond to the travesties committed by Syria’s Bashar al-Assad. That’s where public indignation is needed, not here.”