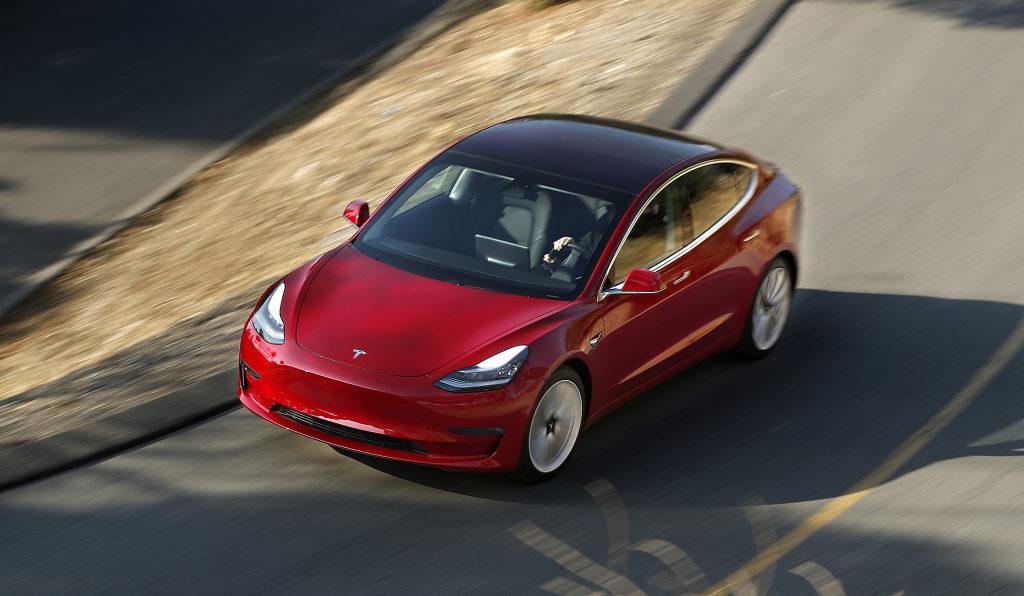 Imagine waking up before dawn to line up in the cold so you could pre-order a Tesla Model 3 sedan, then getting bumped back by some slacker who later went online and made a reservation.

Tesla opened pre-orders on March 31, 2016, starting with people who came to showrooms — including hundreds who showed up at the Palo Alto car maker’s home-town store in Stanford Shopping Center — and then began to take online orders that night.

The company says that invitations to choose options and actually order the vehicle are to be sent out according to the time and date reservations were made.

Over the weekend, Model 3 reservation holders complained on Twitter that they had put in their reservations on Day 1 in stores, but that people who ordered online were getting order invitations first.

“Hey, how come online reservations of Model 3 are getting priority over us line waiters?” one Twitter user said.

“My guess: underutilized logistics/delivery pipeline in some areas. Am I close at all?”

Tesla CEO Elon Musk responded, saying it was probably a matter of the person’s preferred configuration not being available yet. That drew a comment from another purported Model 3 reservation holder.

“No…they’re getting invited first. Online people w/April-June are getting invited before Day 1 March-May reservation holders. I’m Day 1 & got inside the store at 12pm…still no invite. Tons of us like this,” the person tweeted, adding three aggrieved-face emojis.

Musk responded that he would look into it, then tweeted: “Will take corrective action immediately. Sorry about this.”

Tesla did not immediately respond to questions about how the apparent problem arose, and whether corrective action had been taken.

The Model 3 is Tesla’s bid to bring electric vehicles to the masses, and is seen by analysts as critical to the company’s success, but its production has been plagued by delays. The car starts at $35,000, but currently only costlier versions are being produced.