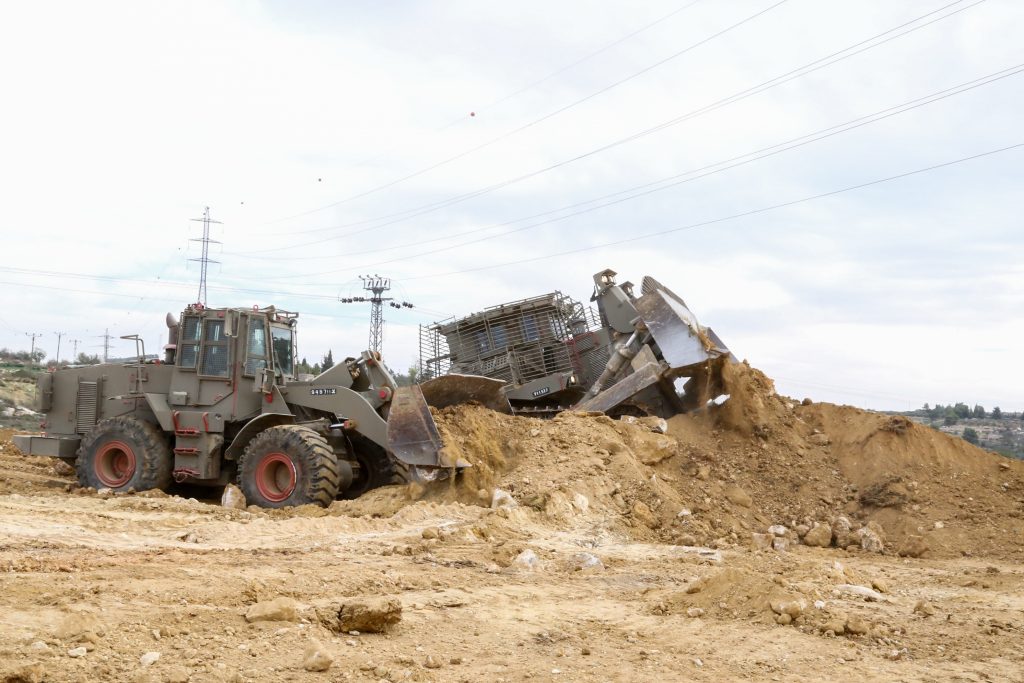 Civil Authority officials on Monday evening tore down an Arab school built illegally on an archaeological site, and in defiance of a High Court order. The school was built in the village of Khirbet Zanouta in the southern Chevron Hills, Channel 20 reported.

The village has been the subject of a long-standing High Court case, in which Israeli groups, led by the Regavim organization, have petitioned against the village as an illegally built outpost. The Civil Authority issued demolition notices for all the buildings in the village, but the High Court froze the demolitions – on condition that no new construction take place.

In recent weeks, Regavim activists noticed further construction, which turned out to be a school building, partially paid for with European Union funds. Regavim petitioned the court, saying that the new construction was a violation of previous court orders. The court affirmed a new demolition notice that was issued for the building, and it was demolished Monday.

“We congratulate the Civil Authority and those making decisions on these matters for enforcing the law as required against illegal construction by the Palestinian Authority,” said Yochai Damri, head of the Chevron Hills Regional Council. “Despite the fact that this construction took place in complete violation of the law and was legally necessary, we still realize that it took courage to issue this ruling and follow through on it.”