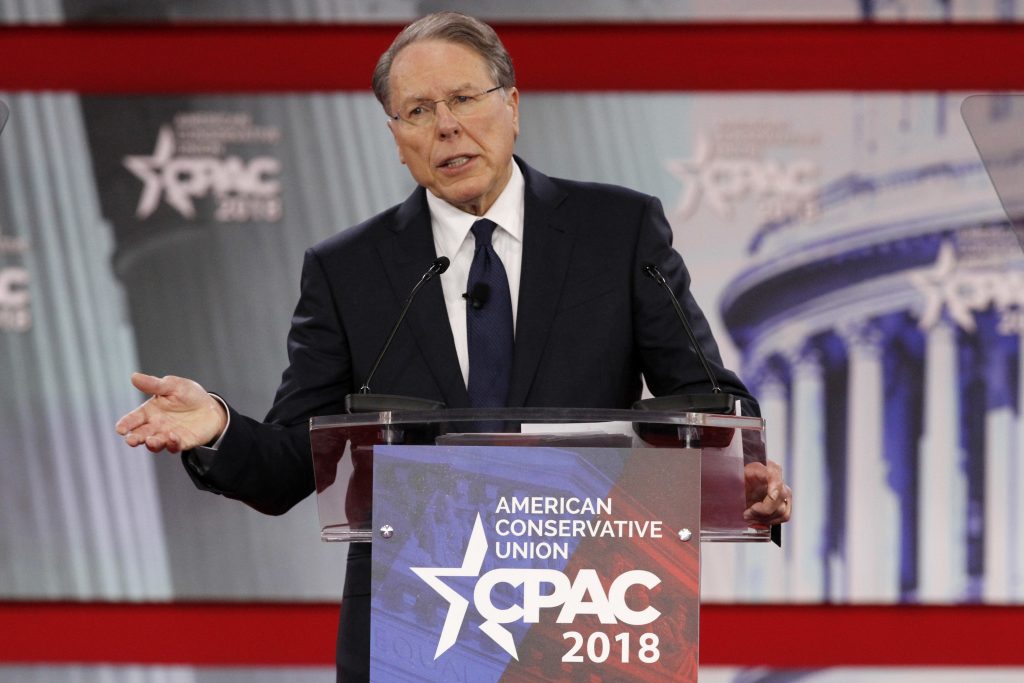 Disappointment is too mild a word to describe what I felt when I read Rabbi Shafran’s column filed under “NRA and Anti-Semitism” and his not-so-veiled criticism of the NRA and its Executive Vice President Wayne La Pierre, accusing them of harboring a “disturbing” and “subtle prejudice against Jews.” This despite his admitting, in bold print, that Mr. La Pierre’s remarks didn’t mention the words “Jew” or “Jewish” at any point. The source of this “prejudice”? Apparently, in his recent speech to the Conservative Political Action Conference (CPAC), Mr. La Pierre called out by name several prominent national figures advocating for a more restrictive gun control policy in this country, among them George Soros, Michael Bloomberg, Tom Steyer, and Chuck Schumer, with honorable mention going to Bernie Sanders, Saul Alinsky and Karl Marx.

Rabbi Shafran complained that all these named gun-control advocates are Jews. He goes on to point out that despite there being many other non-Jewish people who “are at the forefront of the effort to enact gun control legislation,” no “non-members-of-the-tribe” are mentioned. “Why did he omit them from his jeremiad?” he went on to ask, referring to Mr. La Pierre. “Why did he reference… only people known as Jews?” he continues.

Rabbi Shafran brings up as further evidence, “the comment, in 2010, by NRA’s spokeswoman, Dana Loesch, in which she lamented the dismissal of a sports broadcaster for some intemperate words by writing ‘I bet’ he ‘was fired by a Jew.’” His conclusion? “Mr. La Pierre may be no more anti-Semitic than my old blackboard eraser… But my antenna won’t stop buzzing.” The implication is clear.

As these are serious charges, I decided I had better verify them for myself. So I sat for 38 minutes and actually listened to Mr. La Pierre’s speech. It turned out none of Rabbi Shafran’s allegations were true.

In fact, Mr. La Pierre’s CPAC speech was riddled with references to non-Jews, including: Obama (3 times), Chris Murphy (twice), Nancy Pelosi, Kamala Harris, Elizabeth Warren, Bill De Blasio, Andrew Cuomo, Cory Booker, Keith Ellison, and President Clinton. Tom Steyer’s father was Jewish and his mother Episcopalian, so I’m not sure how to categorize him from La Pierre’s perspective and will omit him from the count. So it seems that while Mr. La Pierre did indeed mention five Jews in his speech, he also called out non-Jews at least 13 times, the majority of whom were mentioned in the same breath as Bernie Sanders. It strains the limits of credulity that Rabbi Shafran could have picked out good old Bernie and missed the others. The conclusion of willful deceit is hard to avoid.

Let’s also examine the charge against NRA spokeswoman Dana Loesch. Does it actually stand up to scrutiny? The answer, sadly, is no. What Rabbi Shafran failed to disclose was the context of that tweet. It seems Ms. Loesch was not lamenting the broadcaster’s dismissal. “Still not apologizing for hoping a garbage bigot was fired by someone against whom he was bigoted in an epic form of poetic justice,” she wrote. It seems the anti-Semite was the sportscaster, not Ms. Loesch.

Rabbi Shafran’s entire column was one of Fake News and manufactured charges designed to besmirch and denigrate innocent parties. The truth is the NRA is America’s oldest civil rights organization and arguably its preeminent one. It stands for all liberties and freedoms guaranteed by the Bill of Rights, with emphasis on the Second Amendment as its members believe (rightly so, in my opinion) that it protects the other nine, most notable among them, the First. The NRA is the frum community’s natural ally when it comes to religious freedom, and we would be well-advised to embrace rather than slander them.

Throughout his speech, Mr. La Pierre laments the mainstream media’s penchant for making false accusations and smearing their opponents in the hopes some of their vitriol and lies will stick. You have shamefully brought that paradigm to the Orthodox world. You should apologize and issue a retraction.

My apologies for erroneously stating that Mr. LaPierre did not include non-Jews among his “new European-style socialists.” He did so, albeit primarily in a single, “kol hane’arim” sentence.

But my discomfort over the NRA chief’s railing against the seven Jews (several of whom he criticized for how they use their “billions”) remains unrelieved.

Was his choice of those targets intentional? I cannot say and did not. But not mentioning “Jew” is certainly no indication that it wasn’t.

To judge whether or not those names were a “dog whistle,” one might look to the reaction of the dogs, so to speak.

Like the neo-Nazi Daily Stormer, where the headline about the speech read: “The NRA Representing White People Against the Jews.”

Or Andrew Anglin, who explained that Mr. LaPierre “knows it’s Jews coming for our guns.” Or another writer who exulted that “LaPierre has had it up to here with these k-kes.”

Or Infostormer, which declared, “There is no denying the Jewish role in pushing for gun control and it is good to see that the NRA is now… exposing this fact.”

Does that prove that Mr. LaPierre is anti-Jewish? Of course not. But it’s responsible to avoid dog whistles if one doesn’t want dogs.

As to Ms. Loesch, she indeed contended that her comment was not intended as an anti-Jewish slur. But that she deleted her words from her social media post is significant.

As to the NRA, the sole civil right it champions is the one enshrined in the Second Amendment. As Mr. LaPierre declared, the right to bear arms is not “bestowed by man, but granted by G-d…” (I somehow missed that Divine revelation.)

And, as far as that right is concerned, like all the rights we Americans enjoy, it has limits.

Freedom of religion does not permit human sacrifice; nor freedom of association, a mob on private property; nor freedom of speech, a false cry of “fire!” in a crowded theater. The Second Amendment does not permit one to own an anti-aircraft missile. Nor need it prevent universal background checks or limits on weapons designed to quickly kill many people. The NRA opposes those common-sense measures.

Whether Mr. Lapierre intended to send a supportive message to Jew-haters (as those haters believe) is something I cannot know. But what I can and do know is that the NRA’s opposition to reasonable gun control legislation is indefensible.