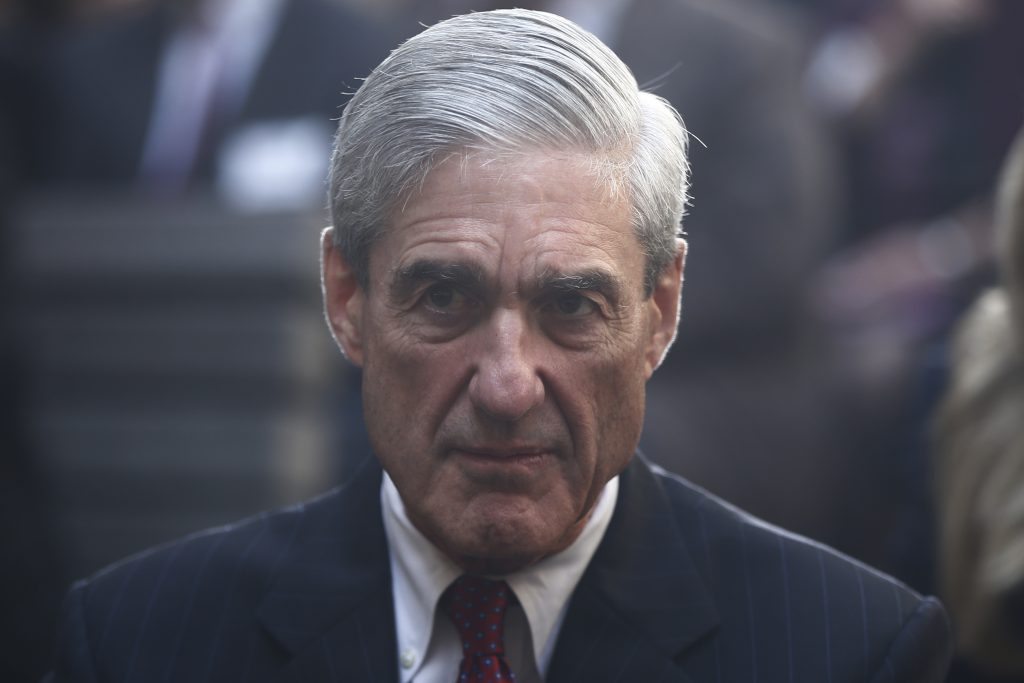 After reports on Monday that the FBI had raided the offices of his attorney Michael Cohen, President Donald Trump was asked if he would fire Special Counsel Robert Mueller.

“Well, I think it’s a disgrace what’s going on,” Trump replied, calling Mueller’s investigation into any links between his 2016 presidential campaign and Russia and possible obstruction of justice a witch hunt. “We’ll see what happens.”

President Trump has denied any collusion by his campaign with Russia and any attempt to obstruct the probe. Moscow has denied meddling in the 2016 election campaign.

Here is a look at how a special counsel can be removed from the job.

The special counsel regulation under which Mueller was appointed gives the attorney general or acting attorney general sole authority to fire Mueller and only for “good cause,” such as misconduct, dereliction of duty, incapacity or conflict of interest.

Attorney General Jeff Sessions recused himself in March 2017 from overseeing the Russia investigation after the emergence of previously undisclosed contacts with the Russian ambassador, so that authority has fallen to the department’s No. 2, Deputy Attorney General Rod Rosenstein. Mueller was appointed by Rosenstein following Trump’s dismissal of Comey, whose agency had led the Russia investigation at its outset.

Most legal experts say the special counsel regulation is constitutional and the president must follow its protocol. Ignoring it would likely trigger a legal battle and a political firestorm.

Rosenstein has told Congress he has confidence in Mueller, prompting concerns among some Trump critics that the president might fire Rosenstein and replace him with someone willing to end Mueller’s investigation.

The events, which became known as the “Saturday Night Massacre,” proved a political disaster for Nixon. Another special prosecutor was appointed and the Watergate investigation continued, leading to the president’s resignation the following year in the face of near-certain impeachment.

WHO WOULD COME AFTER ROSENSTEIN?

If Rosenstein were to resign in protest over an order to fire Mueller, the task of overseeing Mueller’s investigation would typically fall to the associate attorney general, the No. 3 official at the Justice Department.

The person who held that position, Rachel Brand, has stepped down and taken a post at Walmart, Inc. Jesse Panuccio, the principal deputy associate attorney general, is doing her job until a replacement is confirmed.

But Panuccio does not take Brand’s place in the department’s succession order, legal experts said. Until Trump formally replaces Brand, the task of overseeing Mueller in the event of Rosenstein’s removal would fall to Solicitor General Noel Francisco, according to an internal Justice Department memo on succession from November 2016 that is still in effect.

Next in line after Francisco would be Steven Engel, the assistant attorney general in charge of the Justice Department’s Office of Legal Counsel.

There is no guarantee any of those officials would follow a presidential order that might be seen as a historic abuse of power, said Laurie Levenson, a former federal prosecutor and a professor at Loyola Law School.

Bork’s role in the Saturday Night Massacre was a factor in the Senate denying him a U.S. Supreme Court seat in 1987.

“These people are established enough in their careers that they don’t need to take on the president’s controversies for him,” said Levenson.

President Trump could potentially fire Rosenstein or Sessions and name a replacement who would follow an order to fire Mueller. The Federal Vacancies Reform Act of 1998, which lays out general rules for temporarily filling vacant executive branch positions, could be interpreted as allowing the president to replace Sessions or Rosenstein on an interim basis with a Cabinet member who has already been confirmed by the Senate.

The president could likely find someone who fits those criteria and is willing to shut down the investigation, said Andy Grewal, a professor at the University of Iowa College of Law.

“That’s probably the most politically savvy way to fire Mueller,” he said.

But it is not clear that the law, intended to address vacancies created by deaths or resignations, would apply if such a vacancy were created by the president firing someone. Such an appointment could be challenged in court by a wide range of individuals adversely affected by some action taken by the new department leader, including people who have nothing to do with the Russia investigation, said Steve Vladeck, a professor of constitutional law at the University of Texas.

If President Trump removed Mueller, the special counsel could seek a temporary restraining order blocking his removal on the grounds that there was not good cause, said Jed Shugerman, a professor of constitutional law at Fordham University Law School.

But Mueller, a former FBI director, would be unlikely to bring such a lawsuit, said Peter Shane, a professor of constitutional law at Ohio State University.

“Mueller has shown that he is an institutionalist,” Shane said. “Even if a suit could in principle be brought, I don’t see any realistic possibility that he would try to litigate his way back into the job.”