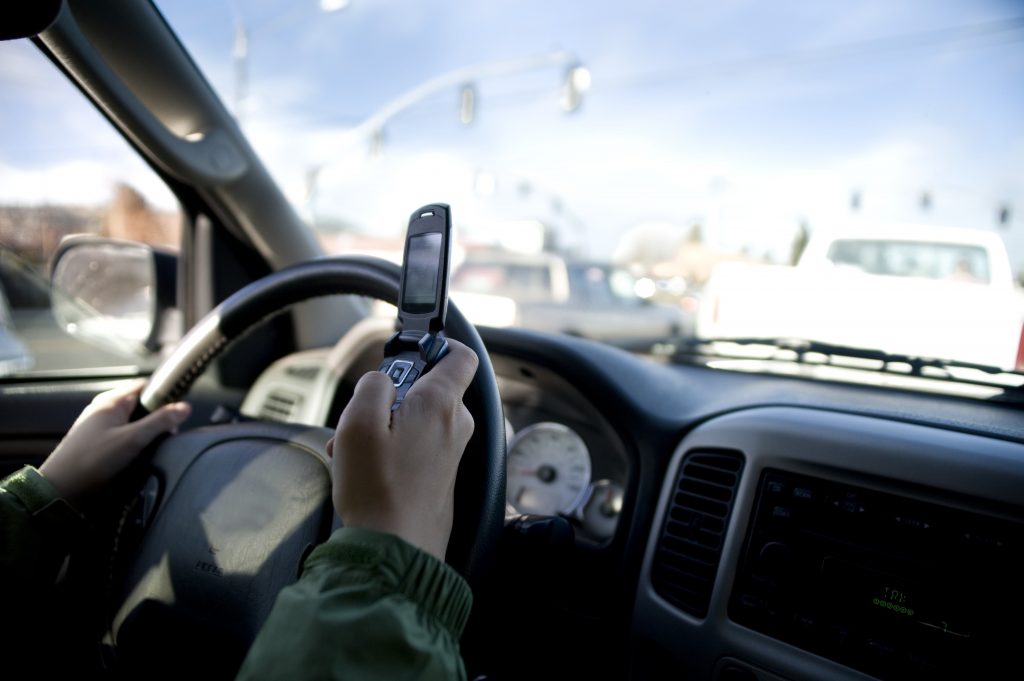 If you’re driving right now, it’s far more likely you are reading this on your phone than you would have been a year ago.

Despite a harrowing surge in traffic fatalities, American drivers appear to be getting worse at avoiding e-mail and other mobile-phone distractions while driving. More people are using their phones at the wheel, and for longer periods of time, according to a study published Tuesday from Zendrive, a San Francisco-based startup that tracks phone use for auto insurers and ride-hailing fleets.

“As you have more young drivers on the road, and as people increasingly become addicted to their smartphones, it will continue being a major health issue — almost an epidemic — in this country,” said Zendrive founder Jonathan Matus.

From December through February, Zendrive technology monitored 4.5 million drivers who traveled 7.1 billion miles, comparing the results with the year-earlier period. Roughly two out of three of those people used a mobile phone at least once. Among those who picked up their phones, they used them for an average of almost four minutes — a 5 percent increase from last year.

Phone use increased dramatically across the country, including in 14 states that have banned handheld phones behind the wheel. Phones were being used more often in California, Oregon and Washington, where lawmakers drastically strengthened regulations last year, allowing only hands-free use of mobile phones. Vermont was the only U.S. state in which Zendrive recorded a decline in drivers on phones.

In Mississippi and Rhode Island, the worst states for distracted driving, subject drivers spent almost 8 percent of their time on the phone. Rhode Island, in particular, may provide an interesting test case when its hands-free law takes effect this summer.

Phone use peaks around 4 p.m., when three out of four drivers, on average, are stealing a peak at their screens, perhaps trying to beat traffic and finish work at the same time. It drops steadily through the night, though drivers who use phones just before midnight tend to stay on them the longest, more than four minutes at a time. Those with iPhones used their devices far more often, and far longer, than those on Android-based handsets.

One of the few bright spots of the study is that drivers tend to use their phone as they first start out on a trip, perhaps ending a message thread before settling in for the journey. While that window of time isn’t any safer than any other moment behind the wheel, Matus believes it may present an opportunity for changing behavior. A publicity campaign urging drivers to finish screen work, before setting out could produce results.

“Legislation, by itself, is clearly not enough,” he explained.