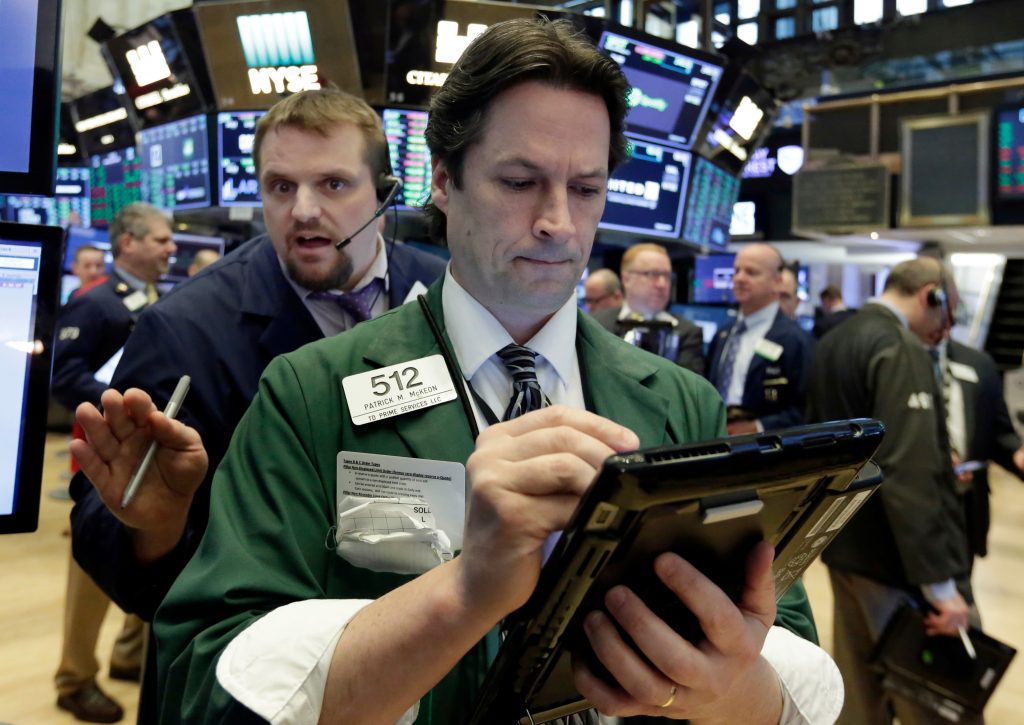 The Nasdaq Composite was on track for its biggest two-day loss since September, as a bout of profit-taking in the richly-valued technology stocks took a toll on Wall Street.

Strong quarterly earnings have helped technology stocks fill a void left by financial and industrial stocks after a post-election rally faded. The S&P 500 technology index has risen 18.5 percent this year and is on track to register its best yearly performance since 2014.

“The real heavy lifting, or 40 percent of the move that we saw was really on the back of a handful of technology stocks,” said Art Hogan, chief market strategist at Wunderlich Equity Capital Markets.

“So when you have a trade that is so crowded, that unwind becomes as dramatic as the one we saw on Friday.”

Investors saw an opportunity to book profits on Friday after Apple shares suffered their worst drop in 14 months amid reports that the company was using slower modems in upcoming iPhones, compared with those used in rival phones.

Shares of the world’s most valuable publicly-listed company were off 3 percent at $144.42 on Monday.

Mizuho Securities cut its rating on Apple to “neutral” from “buy” on Monday, saying the stock had outperformed this year and that the “upcoming product cycle is fully captured at current levels”.

The S&P technology sector was down 1.4 percent, putting it on track for its worst two-day decline in nearly a year, as other technology heavyweights including Microsoft, Facebook and Alphabet also took a hit.

The selloff in technology stocks spread through European and Asian markets as well.

However, gains in the energy sector and financials helped contain the decline on the broader S&P 500 index.

“Money is finding home in unloved sectors like financials and energy,” Hogan said.

Shares of General Electric rose 3.8 percent to $29 after the company said Jeff Immelt would retire as chief executive and would be replaced by John Flannery, the head of GE Healthcare, ending a years-long succession plan. GE was the top stock on the S&P 500.

Coherus BioSciences tumbled 29 percent to $14.65 after the FDA denied the approval of its biosimilar for Amgen’s Neulasta. Amgen was up 1.5 at $166.61.