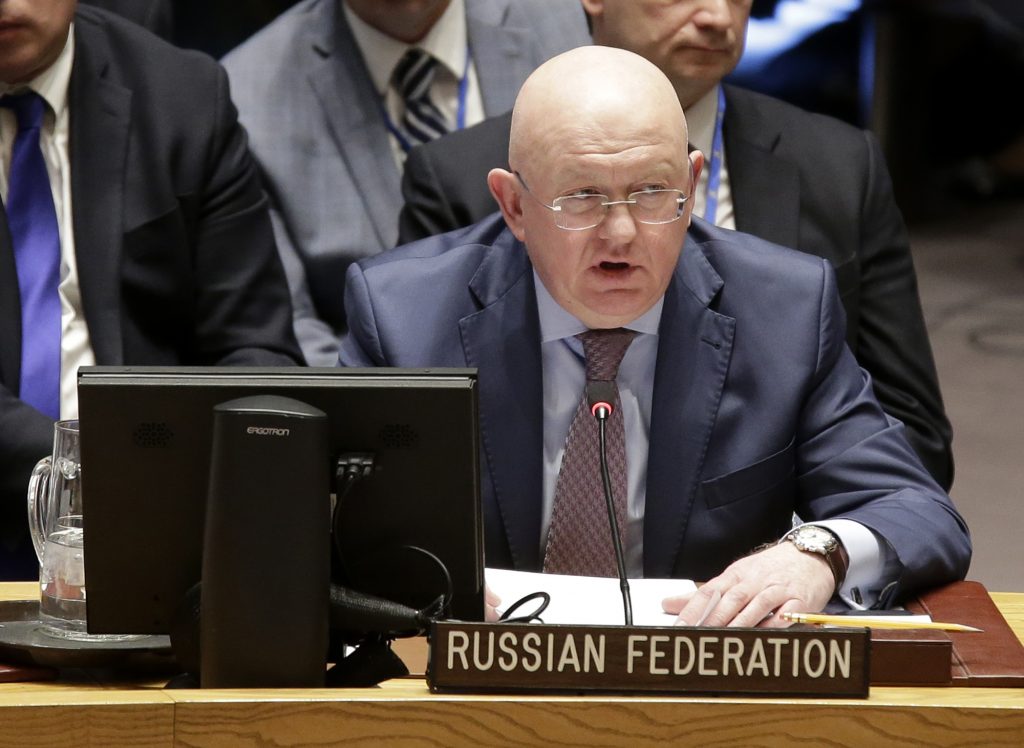 Russian U.N. Ambassador Vassily Nebenzia said on Monday that Moscow has warned the United States of “grave repercussions” if it carries out an attack against Syrian government forces over reports of a deadly chemical weapons attack.

“There was no chemical weapons attack,” Nebenzia told the U.N. Security Council.

“Through the relevant channels, we already conveyed to the U.S. that armed force under mendacious pretext against Syria — where, at the request of the legitimate government of a country, Russian troops have been deployed — could lead to grave repercussions,” he said.

“We have reached the moment when the world must see justice done,” Haley told the council.

“History will record this as the moment when the Security Council either discharged its duty or demonstrated its utter and complete failure to protect the people of Syria,” she said. “Either way, the United States will respond.”

British U.N. Ambassador Karen Pierce told reporters ahead of the meeting that Britain “would prefer to start with a proper investigation,” but all options were on the table and London was in close contact with its allies the United States and France.

Nebenzia also said that investigators with the global chemical weapons watchdog should fly to Syria as early as Tuesday to look into accusations about the attack, offering them protection from Syrian authorities and Russian troops.

“The Syrian authorities and Russian troops will provide conditions to travel to the areas of the alleged incident for them to familiarize themselves with the situation,” he said.

The Organization for the Prohibition of Chemical Weapons said it had opened an investigation to determine what exactly had happened in Douma.