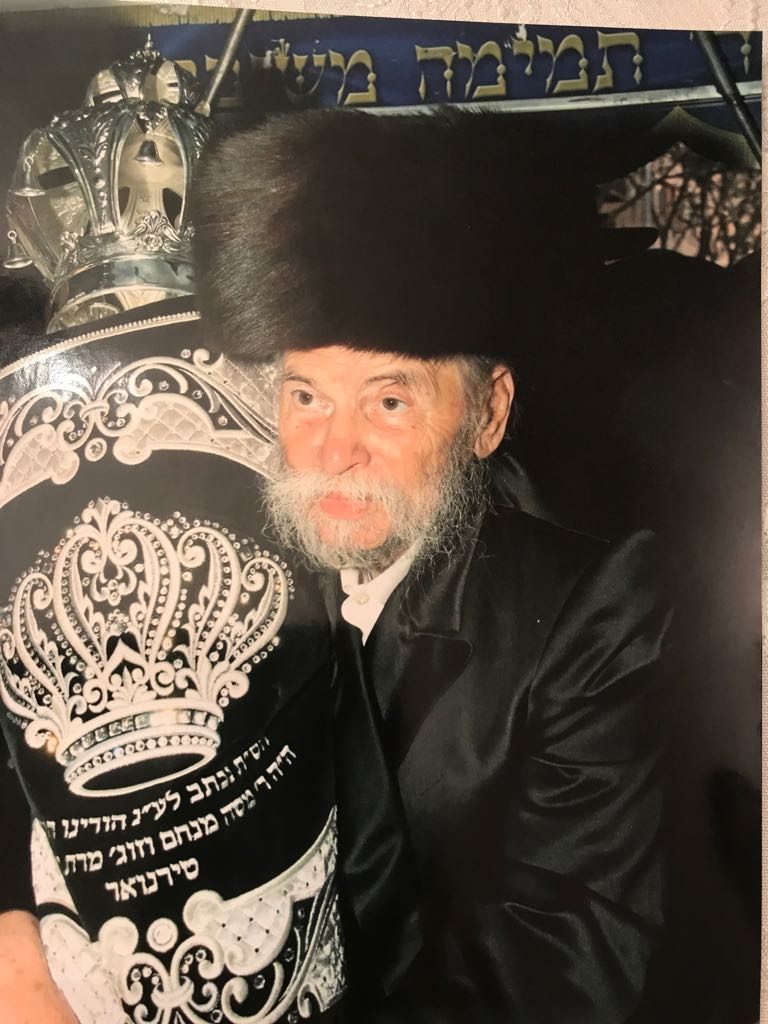 Reb Dovid Wassertheil, z”l, a prominent Gerrer chassid who lived in Boro Park, passed away on Acharon Shel Pesach. He was 88.

Reb Dovid was born in 1930 in Sonik, Poland, to his father, Reb Shaul, z”l, a Gerrer chassid who was a chassidishe askan, and to his mother, a scion of the Shach and the illustrious Rappaport family. As a child, he was zoche to see the Bobover Rebbe, Harav Bentzion, zy”a, in nearby Krenitz and was asked to sing Dror Yikra in his presence. The Rebbe rewarded him for this with an affectionate pinch on the cheek.

But after ten years of an idyllic childhood, war broke out. The family, including his grandparents, wandered from city to city in search of safety, but finally were deported to Siberia by the Russians. The conditions there were very harsh, and his grandparents did not survive Siberia.

The family had tremendous mesiras nefesh for Yiddishkeit, straining to be makpid on even chassidishe minhagim to the greatest extent possible under extremely difficult circumstances.

When Reb Dovid became bar mitzvah in 1943, he inherited the tefillin of his departed grandfather. His own father insisted that they break the ice and that he toivel before donning these tefillin for the first time.

In 1946, the Russians permitted the family to leave, but sadly Reb Dovid’s father died of a heart attack a few short days before they were free. The Yidden in the area hacked away at the frozen tundra for hours in order to bring him to kever Yisroel in a forsaken Russian town.

Reb Dovid returned, bereft, to Lodz, where efforts were being made to organize the survivors, and he learned in a provisional yeshivah there before heading for Paris. In France, he learned in a yeshivah in Versailles and later in Bailly, where he learned with and grew close to Harav Mordechai Pogramansky, zt”l.

Reb Dovid then lived in Paris for a number of years, where he was close to the Pshevorsker Rebbe, Harav Itzikel, zy”a, and learned with, ybl”c, the current Rebbe Harav Leibish, shlita, in the capacity of elder bachur.

In the early 1950s, Reb Dovid reached American shores where he married his wife, Malka, the daughter of Reb Shimon Kopp, z”l, from a chashuve Lelover mishpachah of Yerushalayim. They settled in Williamsburg, and he davened in the Gerrer shtiebel there. He opened a successful business, and in addition to the tzedakah, which he gave generously, he employed many people who were not fully capable of supporting themselves, such as survivors of the war, thereby providing them with parnassah b’derech kavod whether they could work or not.

In the 1960s the Gerrer Rebbe the Beis Yisroel, zy”a, asked Reb Dovid to open a Gerrer kollel, when chassidishe kollelim were still a rather unknown concept in the United States. Reb Dovid threw himself into this project, leading and sustaining the kollel as its dedicated nasi for more than 50 years.

In 1978 he moved to Boro Park, where he served as gabbai in the Gerrer shtiebel on 49th Street. There, he distinguished himself with his refined middos and the chessed that he did. Throughout, he maintained a connection with Gedolei Yisroel such as the Satmarer Rebbe, zy”a, and the Bluzhover Rebbe, zy”a.

In the past year his physical health had weakened, but he endeavored to continue going to shul every day with the help of his grandchildren, seeking to attend every Minchah, every Maariv, every shiur in Daf Yomi (by which means he had completed Shas a number of times).

On the last night of his life, on Acharon Shel Pesach, he still went to the shtiebel to daven, and still made Kiddush. He was rushed to the hospital in middle of the night and was niftar the following afternoon. He was brought to Eretz Yisrael and buried on Har Hazeisim.

Reb Dovid Wassertheil is survived by his eldest son, Reb Shaul, a noted askan. (His younger son, who spoke at the levayah, announced that Reb Dovid had asked that Reb Shaul be his successor as nasi of the Gerrer kollel); his son Harav Chaim Elazar of Rimanov-Brooklyn; his daughter, Mrs. Esther Tyberg; and his many grandchildren, who are chassidishe baalebatim and chassidishe bnei Torah. Reb Dovid is also survived by his two sisters, Mrs. Rivkah Rottenstein and Mrs. Debbie Wolf, who have chassidishe families of their own.