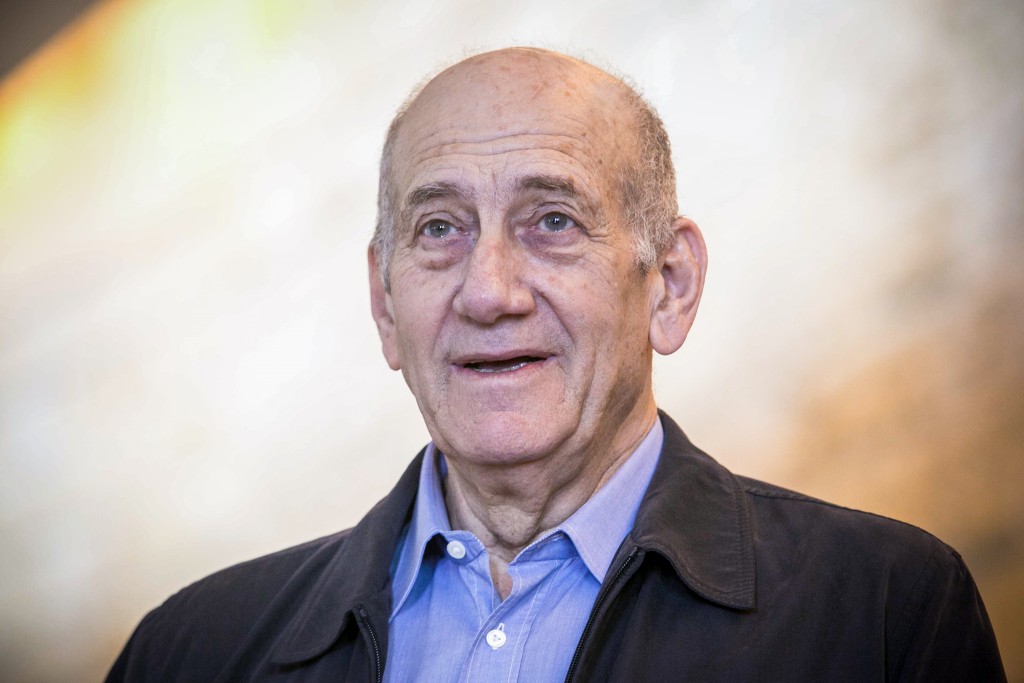 Former Prime Minister Ehud Olmert submitted a request to President Reuven Rivlin to erase the criminal record against him following his convictions, Hadashot 2 reported Monday.
If the president acquiesces to Olmert’s request, he will be able to return immediately to political life.
President Reuven Rivlin’s office confirmed that Olmert had submitted a request to delete his criminal record. “An application for amnesty on behalf of Ehud Olmert was transferred today to the President’s Residence with a request to cancel the statute of limitations and the period of erasure of the criminal record in his case. The request will be transferred to the relevant officials and, after the required legal opinions are given, a request for the decision of the president will be brought, as is customary,” read a statement from the President’s Office.
Olmert was convicted in March 2015 of fraud, breach of trust, and fraudulently receiving a benefit under aggravated circumstances, and was subsequently sentenced to eight months’ imprisonment and a fine in the so-called “envelopes affair.”
His appeal to the High Court was postponed and he was sentenced to cumulative sentence for another sentence imposed on him in the Holyland apartment project case. In that case, Olmert and four other city officials were convicted of their roles in illegally approving the large Holyland apartment project in the Malchah neighborhood of Yerushalayim.
The project required extensive changes to zoning laws, and they were involved in various schemes and conspiracies to accept money from contractors and other interested parties to change or bend rules, or to look aside as others did.
In December 2015, the High Court accepted his appeal in another case but left his conviction for accepting a bribe, and sentenced him to a year and a half in prison and another month for disrupting court proceedings. After a third of his sentence was served, he was released from prison in July 2017.
Olmert is the only Israeli prime minister ever convicted of a criminal offense.