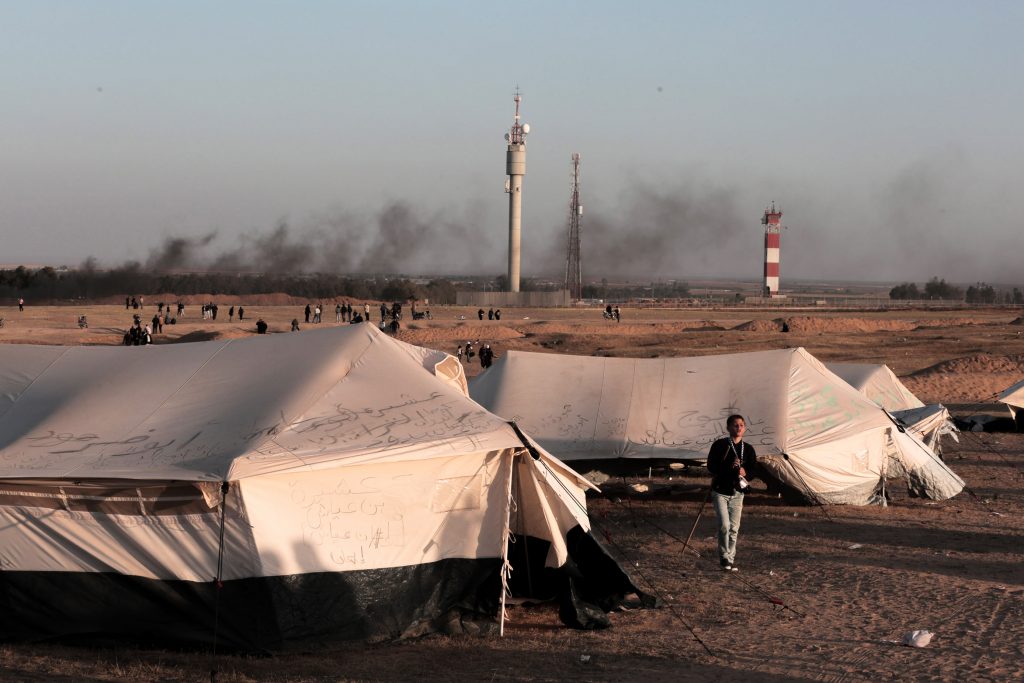 Israeli forces overnight Sunday hit Hamas terror targets in Gaza. The strikes were in response to attempts by Hamas to plant bombs along the Gaza border, with the intention of blowing them up when IDF patrols passed by. Three such bombs were discovered Sunday night. They were disarmed without incident.

In addition to the bombs, security forces arrested several Gaza Arabs who sneaked into Israel Sunday evening. The terrorists were observed as they crossed the border fence, and Israeli tanks responded with fire. The terrorists scurried back to Gaza. Israeli soldiers sent out a patrol to search for them. The IDF is investigating how the terrorists got over the border.

In a statement, the IDF said that it considered “all attempts to commit terror attacks as the responsibility of Hamas, which has turned the border area into a battleground in an attempt to destroy it and harm Israeli security. The IDF will not allow the cynical use of Gaza residents as a cover for terror activities, and it will respond to all terror acts.”