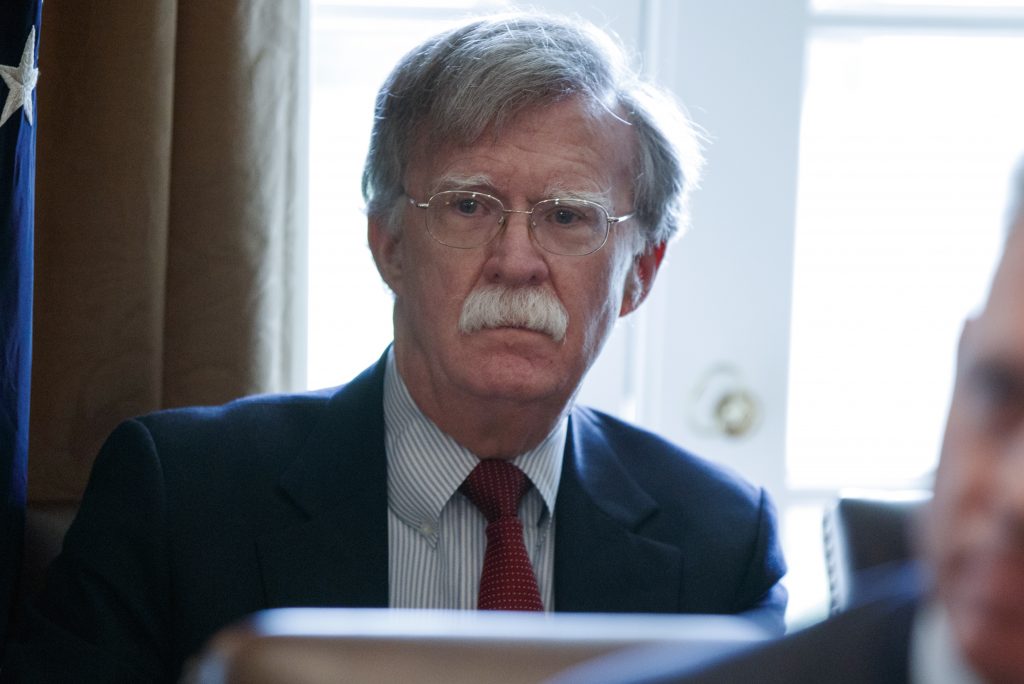 The U.S. military is bracing for a possible strike in Syria. Preparations for a high-risk North Korea summit are barreling forward. And the national security team is holding its breath to see whether their new leader will be a shock to the system.

If Bolton had any first-day jitters, he had little time to indulge them. A daunting to-do list has awaited him, punctuated over the weekend by a suspected chemical weapons attack by Syria’s government that led Trump to start exploring potential military retaliation.

Although Bolton didn’t formally start until Monday, he was spotted entering the White House over the weekend, carrying an umbrella as he strolled down the driveway toward the West Wing on a rainy Saturday.

And on Monday, he appeared at his first Cabinet meeting, where the president talked up his forthcoming meeting with North Korean leader Kim Jong Un, chided China for taking advantage of the United States and condemned the “atrocious” chemical attack in Syria. Bolton didn’t speak, but was seated prominently behind Mr. Trump as reporters were briefly allowed into the meeting.

“I think he’s going to be a fantastic representative of our team,” Trump said later in the day.