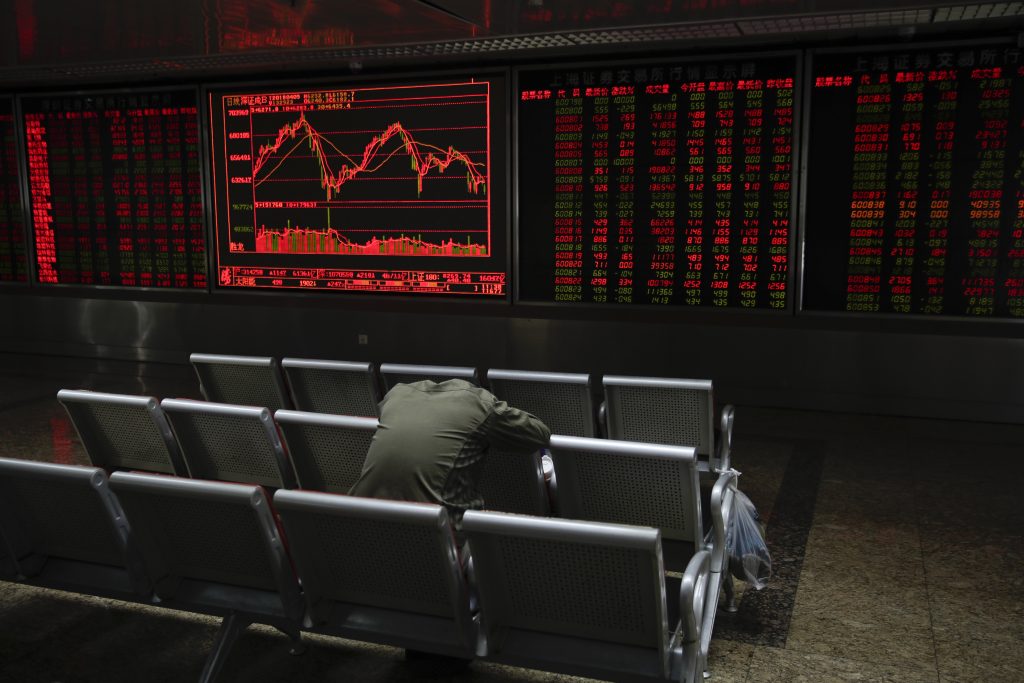 Asian shares crept higher on Monday as a rally in U.S. stock futures soothed sentiment even as President Donald Trump kept up his Twitter war with China just a couple of days before President Xi Jinping gives a keynote speech.

Helping was news North Korea had told the United States for the first time that it was prepared to discuss denuclearization when their leaders meet.

There was more confusion than reaction to reports that U.S. forces had struck at sites in Syria, which the Pentagon quickly denied. President Trump said on Sunday there would be a “big price to pay” after medical aid groups reported dozens of people were killed by poison gas in a besieged rebel-held town.

For now, investors in Asia were encouraged that E-Mini futures for the S&P 500 were still up 0.6 percent, while NASDAQ futures rose 0.8 percent.

European bourses looked set to open firmer with FTSE futures up half a percent and Germany 0.4 percent.

Caution had been the watchword after Trump claimed on Sunday that China would take down its trade barriers because it was “the right thing to do.”

President Trump late Thursday threatened to slap $100 billion more in tariffs on Chinese imports, while Beijing said it was fully prepared to respond with a “fierce counterstrike.”

Analysts warned that the drama would be a long-running one given that the lengthy public discussion period on U.S. tariff proposals meant the earliest they might be imposed was somewhere around late July or early August.

“This is not going to happen tomorrow, and given the mercurial nature of the U.S. administration, the whole issue could well disappear before anything really happens,” said Marshall Gittler, chief strategist at ACLS Global.

“Many market participants may be starting to think that this is just a lot of sound and fury, signifying nothing in the end. But … you never know, U.S. trade policy is in the hands of someone totally unpredictable.”

The next major hurdle will be a speech by Chinese President Xi at the Boao Forum on Tuesday.

The tech sector faces its own risks on Tuesday and Wednesday when Facebook CEO Mark Zuckerberg is grilled by Congress over a political consultancy’s use of customer data.

Some hope the looming earnings season will be strong enough to provide fundamental support for stocks, with analysts tipping the fastest quarterly profit growth in seven years.

Bonds gave back some of their safety gains with yields on U.S. 10-year Treasury debt nudging up to 2.797 percent, though that compared to a top of 2.8380 last week.

In commodity markets, gold eased slightly to $1,332.80 an ounce, but stayed well within recent trading ranges.