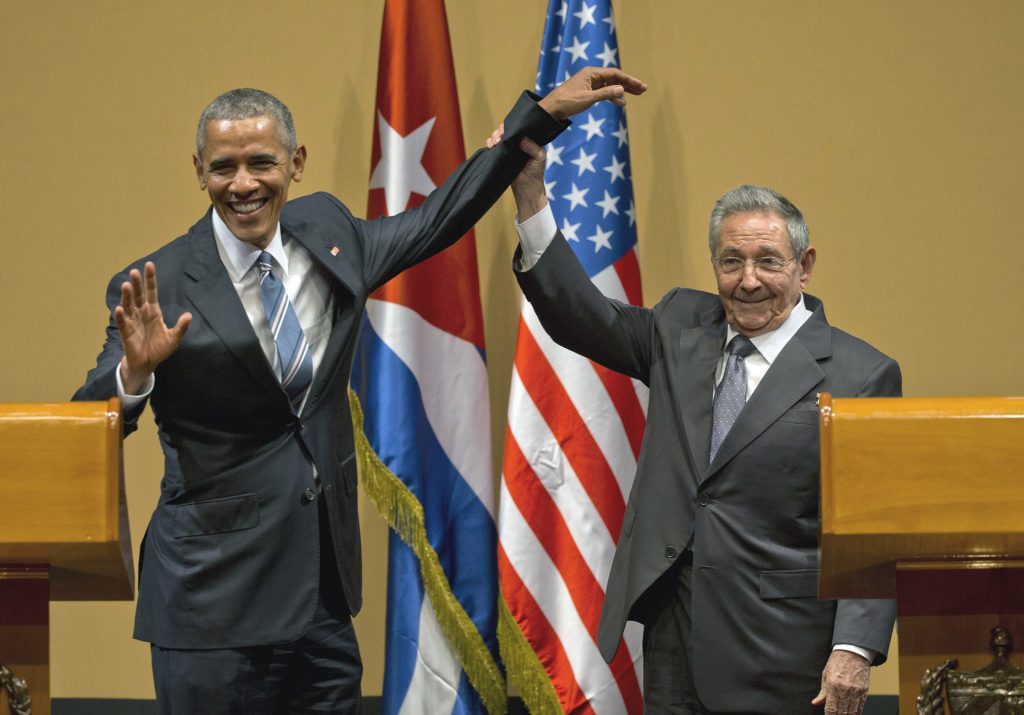 If President Donald Trump and Cuban leader Raul Castro get close to each other at next week’s Latin America summit, White House aides know what to do: Stop him from having a handshake.

Mr. Trump and Mr. Castro will attend the gathering in Lima, Peru, but administration staffers do not want Mr. Trump to make news, as his predecessor did three years ago.

“There are always bumps between all the leaders at the summit, but my expectation is that we will try to keep President Trump as far away as from leaders that don’t share United States values and like-minded perspectives,” a senior administration official said.

This will be Mr. Trump’s first visit to Latin America as president; he will attend the Summit of the Americas next Friday and Saturday, focused “democratic governance fighting corruption.” Mr. Trump will then travel to Bogota, Colombia, to meet its president, Juan Manuel Santos.

Cuba hasn’t confirmed Castro’s attendance, but the administration has been told that the Cuban told Peru he would be there.

There is already anticipation over whether a meeting will take place with Mr. Castro since Mr. Trump has sought to reverse the pro-engagement policies of President Barack Obama.

In 2015, a year after announcing plans to improve relations, Mr. Obama was caught on camera exchanging greetings and a handshake with Castro at the opening of the Summit of the Americas in Panama.

This year, however, a senior administration official said it’s not the right time for Mr. Trump and Castro to meet. The White House has been clear that it will not engage with Cuba under current conditions, including a lack of democracy and military control of the economy.

Since becoming president, Mr. Trump has singled out Cuba as among the communist governments that have delivered only “anguish and failure” to its people.

Last summer in Miami, Mr. Trump said he was keeping a campaign promise to roll back Obama’s policy of engagement with Cuba, and reinstated some travel and commercial restrictions.

Trump officials who have studied the Peru summit protocol say there would be some natural separation between the two leaders. The heads of state will be introduced alphabetically in Spanish. They also don’t expect Mr. Castro — who has announced that he will soon step down from the presidency — to reach out to the United States either.