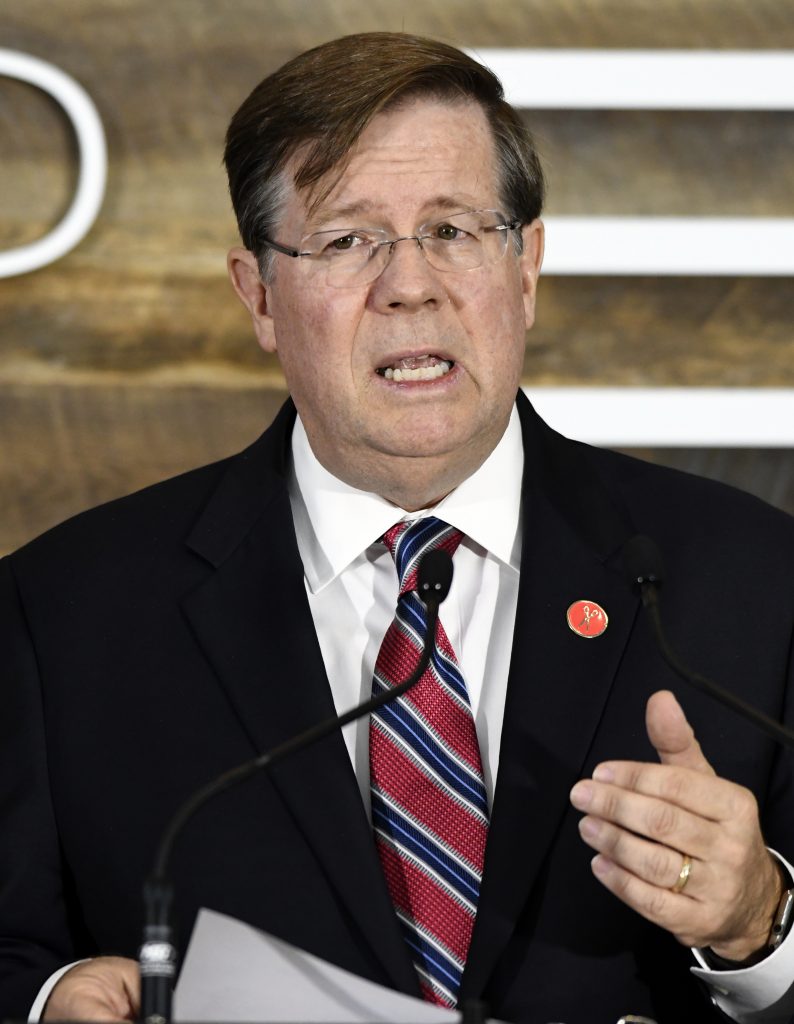 When a woman crossing an Arizona street was struck and killed by a self-driving Uber car late last month, it sparked a swift public reckoning over the near-term future of autonomous vehicle testing on public roads.

While executives emphasized they didn’t know the particulars of the crash, Toyota quickly announced that it was suspending testing of its “Chauffeur” self-driving vehicle system on California and Michigan streets.

“We were concerned that our drivers have been upset,” he said, speaking from the New York Auto Show. “We’ll go back into testing as soon as our drivers are ready to get back behind the wheel.”

Lentz said that even the test cars in its “Chauffeur” self-driving mode — meaning the vehicle is fully in control — “typically have two drivers and two steering wheels.”

And there are just a small number that are tested on public roads. He wouldn’t say exactly how many such cars are there are.

Lentz said that although Toyota doesn’t know about the specifics about the Arizona crash, the questions it raises are interesting.

While he doesn’t anticipate that the crash will slow down the automaker’s timeline — Toyota has said it hopes to showcase fully self-driving delivery vans at the 2020 Tokyo Olympics — it has forced drivers and regulators to think about their “appetite for risk.”

How quickly autonomous cars will be rolled out for the general public, Lentz said, will be “based primarily on two things.” Neither of them have anything to do with the technology.

The second is how many high-profile accidents like the one in Arizona lawmakers are willing to stomach to save more lives in the long run.

“My thinking on policy is, we believe first and foremost that autonomous cars are there to save lives — not to put Uber drives out of business,” Lentz said. “Autonomy could technically save 35,000 lives a year, but it won’t be perfect and people will lose their lives.”

The way Lentz figures it, tens of thousands of people die in car crashes in the United States each year.

According to the federal Department of Transportation, more than 37,000 people died on U.S. roads in 2016, the most recent year available.

If most of those are in some way the result of human error, then autonomous cars could eliminate the vast majority of crashes. But the number is never going to get down to zero, Lentz said.

“Even if you save a net, as a government policy are you willing to accept other similar accidents?” he said. “If the answer is, ‘No,’ I think that’s going to slow down the adoption of these (higher level) autonomous vehicles.”

Still, Lentz said cars are evolving to be closer to autonomous, even if they don’t fully drive themselves.

“Today we have emergency braking and a host of sensors, which are a precursor to autonomy,” he said. “That next step, in our case, is this guardian mode, where you will be in control of your car but they will prohibit you from making a big mistake — stop you from turning down a one-way street.”

Then, he said, you get to the level of autonomy of Toyota’s “Chauffeur” mode.

The race to get self-driving technology to consumers has, nevertheless, been a major concern for automakers like Toyota.

In early March, Toyota announced it was spending almost $3 billion to start a new company based in Tokyo aimed specifically at taking the research and development that the world’s dominant carmaker has been doing at its Toyota Research Institute facilities and creating software that will get those ideas into vehicles.

Meanwhile, Plano-based Toyota Connected, another “startup”-type Toyota company, has been working to harness vast amounts of data to build broader mobility platforms that can do things like manage fleets of rental cars — cars that executive say will eventually be self-driving.