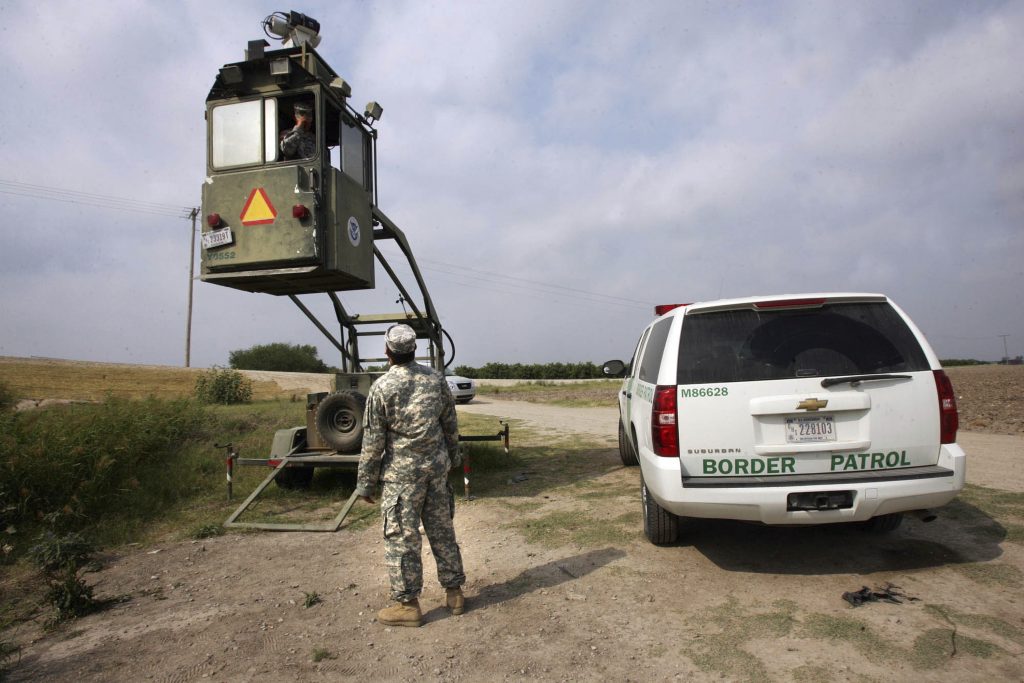 Defense Secretary James N. Mattis has signed an order to send up to 4,000 National Guard troops to the U.S.-Mexico border but barred them from interacting with migrants detained by the Border Patrol in most circumstances.

The order, issued in response to President Donald Trump’s call for using troops to stem illegal immigration, specifies that National Guard troops will assist the Department of Homeland Security along the border but not perform law enforcement missions and will be armed only when necessary for self-defense.

Given the restrictions, it’s unclear if the Guard units will play a significant role in Trump administration efforts to lock down the border. The Border Patrol has more than 19,000 sworn agents, although not all are assigned in the Southwest, and illegal immigration is at its lowest level in decades.

Mr. Trump portrayed it as a victory, however. “We are sealing up our Southern Border,” he said Saturday on Twitter. “The people of our great country want Safety and Security. The Dems have been a disaster on this very important issue!”

Previous presidents have mobilized National Guard troops to help monitor parts of the border. President George W. Bush sent 6,400 troops starting in 2006 and President Barack Obama sent 1,200 in 2010. As with the current deployment, actual policing was left to the Border Patrol, a law enforcement agency.

Brandon Judd, president of the National Border Patrol Council, the union representing agents, said Guard units could help by freeing agents to do more patrolling to search for smugglers.

“We have so many agents working in permanent surveillance duties, in control rooms, watching cameras,” he said in an interview. “This will free our resources to put more agents in the field….it will increase the certainty of apprehension, which will allow us to target the criminal cartels.”

But some critics protested the buildup. In a letter, eight Roman Catholic bishops along the border said they were “deeply concerned” by the use of the military, saying it “distorts the reality of life on the border.”

“This is not a war zone but instead is comprised of many peaceful and law-abiding communities that are also generous in their response to human suffering,” they wrote. The harsh rhetoric from the Trump administration, they added, “promotes the dehumanization of immigrants, as if all were threats and criminals.”

The deployment was announced late Friday in a joint statement by Mattis and Homeland Security Secretary Kirstjen Nielsen. “Working closely with the border governors, the Department of Homeland Security identified security vulnerabilities that could be addressed by the National Guard,” they said.

The troops will be under state control, but the cost of deploying them will be paid out of the Defense Department budget through the fiscal year than ends in September, according to the order, which was released by the Pentagon. The order did not say where the troops will be deployed along the 1,954-mile border, or which Guard units would be used.

In California, the federal request for troops is still being reviewed but no new California National Guard troops have been sent to the border, according to Evan Westrup, a spokesman for Gov. Jerry Brown, a Democrat. Some Guard troops already are deployed on the border for counter-drug operations.

Texas Gov. Greg Abbott, a Republican, ordered 250 National Guard soldiers deployed to the border within 72 hours, and said additional troops would be called up to join them as soon as next week. Two helicopters lifted off Friday night from Austin, the state capital, to head south.

Arizona Gov. Doug Ducey, another Republican, said his state would deploy about 150 Guard members next week to provide support operations such as air surveillance, reconnaissance and construction of border infrastructure.

But governors of several states that don’t sit on the border resisted, signaling potential obstacles in meeting the president’s goal of a surge of 4,000 troops.

Nevada Gov. Brian Sandoval, a Republican, opposed the plan. After consulting with the general in charge of the state’s National Guard, Sandoval decided there was no “appropriate mission definition” to justify sending troops, according to his spokeswoman, Mary-Sarah Kinner.

Further north, Oregon Gov. Kate Brown, a Democrat, said on Twitter that she would decline any request to send troops, saying she was “deeply troubled” by Mr. Trump’s plan to militarize the border.

Administration officials have scrambled to work out the details of the operation since President Trump abruptly announced Tuesday that he planned to send the military to help fight illegal immigration and drug trafficking.

Mr. Trump has been frustrated that the Republican-led Congress has refused to fully fund his plan to build a border wall. Mexico also has rejected his demands that it pay for the wall.

The Pentagon has not provided an estimate for the cost of the military operation, and it is unclear whether all 4,000 of the Guard members authorized will be mobilized.

Under federal law, troops are barred from performing law enforcement duties in most circumstances, and the order appears to restrict them to a support role unless Mattis authorizes a wider mission.

“National Guard personnel will not perform law enforcement activities or interact with migrants or other persons detained by (Department of Homeland Security) personnel without your approval,” the order drafted for Mattis and signed by him reads.

The order adds that troops will carry weapons only in “circumstances that might require self-defense.”

It’s unclear what operations or missions troops will perform along the border that might require them to carry weapons.

Although barred from interacting with migrants, troops could theoretically be part of joint patrols with Border Patrol officers that could carry risk. Few migrants crossing the border are armed but some patrols focus on interdiction of drug smugglers.

Lt. Gen. Kenneth F. McKenzie, Jr., the director of the Pentagon’s Joint Staff, said the military’s preference was for the troops to be armed for self-protection, as National Guard units used along the border have been in the past.

But an 18-year-old American was killed by a Marine near the U.S. border in 1997, an incident that led to a temporary suspension of troop patrols near the border.

Gen. Joseph Lengyel, chief of the Pentagon’s National Guard Bureau, which oversees state Guard organizations, said on Twitter that up to 500 reservists are now headed to the border, equipped with vehicles, helicopters and other equipment.

Despite President Trump’s repeated warnings about rampant illegal immigration, the number of people apprehended crossing the border — generally considered a roughly accurate gauge of illegal crossings — has fallen sharply in recent years and is now at the lowest ebb since 1971, about one-fifth the level of the late 1990s, according to Border Patrol data.

Attorney General Jeff Sessions on Friday instructed U.S. prosecutors along the U.S.-Mexico border to get tougher on filing criminal charges against people in the country illegally, ordering them to adopt a “zero tolerance” policy.

“To those who wish to challenge the Trump administration’s commitment to public safety, national security, and the rule of law, I warn you: illegally entering this country will not be rewarded, but will instead be met with the full prosecutorial powers of the Department of Justice,” Sessions said in a statement.

Soon after taking office last year, Sessions instructed prosecutors to be aggressive about filing charges against immigrants in the U.S. without authorization, instead of allowing them to be sent back to Mexico without facing criminal charges.

But the policy did not produce a surge in such arrests. Charges for immigration offenses declined 4.9 percent in February, though they were up 14 percent from the same month last year, according to data analyzed by the Transactional Records Access Clearinghouse, a research organization at Syracuse University.