Israel Liberman: We Can Keep Troops at Gaza Border as Long as Necessary
Israel 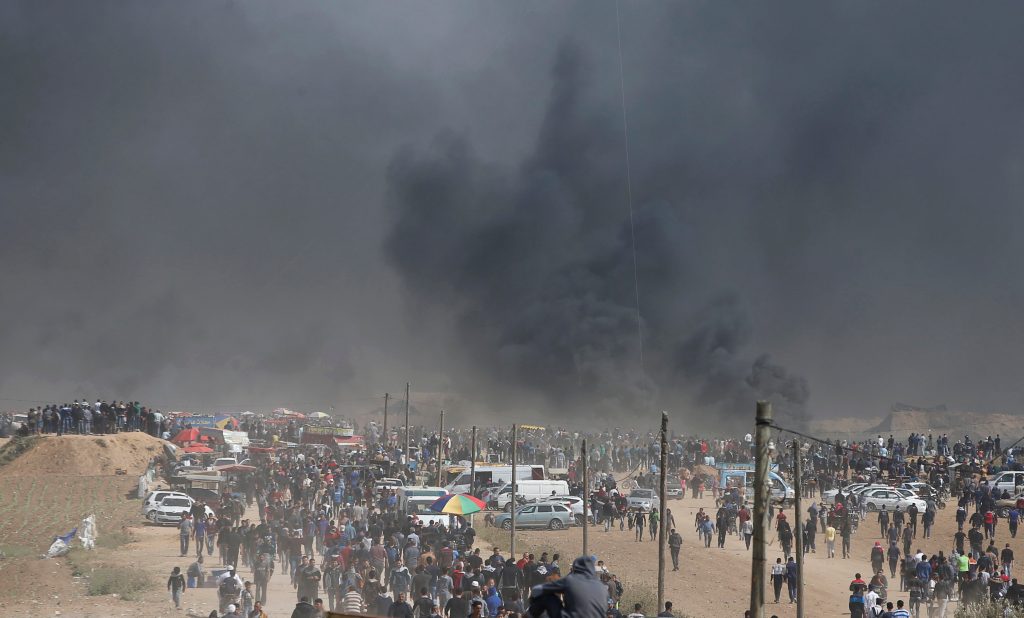 Defense Minister Avigdor Liberman called demands for the investigation into the death of an individual Hamas claimed was a journalist as “hypocritical.” Speaking on Army Radio Sunday, Liberman said that the demand, made by, among others, MK Kessenia Svetalana (Zionist Camp) was “one of the usual evil things we are subjected to. In Syria they have killed half a million, and just this weekend 40 people were murdered. In Sudan and Iraq they kill hundreds of thousands, and you never hear demands for investigations. I haven’t heard MK Svetlana demanding such inquiries.”

In the incident Friday, Israeli soldiers shot at an Arab whom Gaza sources claimed was a journalist. According to Hamas, Yasser Mortaja, a freelance photographer, was wearing a vest clearly marking him as a journalist, but Israeli officials said that he was shot as he operated a drone over soldiers. Liberman said in the interview that anyone who takes that kind of action should not be surprised at being targeted by Israeli soldiers. “We’ve seen dozens of incidents in which terrorists used ambulances, pretending to be from the Red Crescent medical society, or posed as journalists. We are not taking any chances. The parade of terror we saw over the weekend was not made of innocent civilians.”

Liberman also praised the work of IDF soldiers who spent the last days of Pesach fending off another major Arab riot at the Gaza border. Once again Friday, some 20,000 rioters massed on the Gaza border fence, attempting to breach it and enter Israel. IDF soldiers held the rioters back at five main points along the border fence. Security forces eliminated ten terrorists who attempted to breach the fence, or who threw firebombs at Israeli forces. In an attempt to blind Israeli soldiers and sharpshooters and sneak into Israel, rioters burned thousands of tires that had been deployed at the border. Israeli forces responded by aiming giant fans at the tire fires, keeping most of the acrid smoke on the Gaza side. Israeli planes also doused the flames from the air. Over the past ten days, Israeli forces have eliminated 31 terrorists.

Liberman said that if Hamas wanted to try for another round next week, the IDF would be ready. “There were fewer people killed in the riots this week, but we will not compromise on security in any way. We have no problem keeping forces on the Gaza border for even two more years. We are ready on all fronts.”