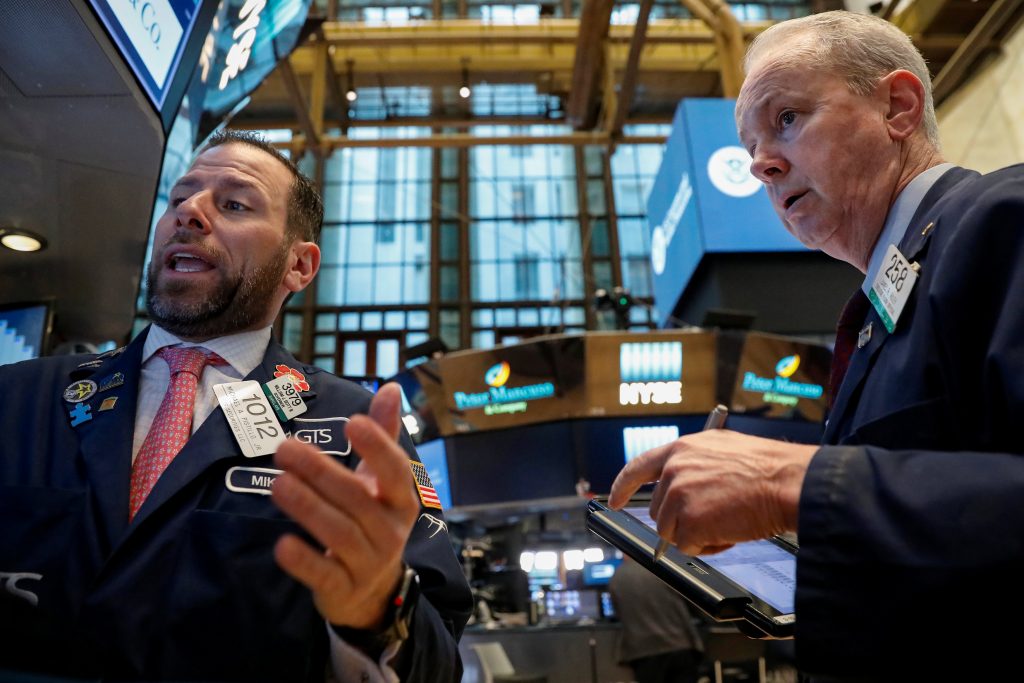 U.S. stocks are rising Thursday and major indexes in Europe are surging as global markets continue a rally that began late the previous day. Wall Street is getting more optimistic that a trade dispute between the U.S. and China, the two largest economies in the world, will be resolved without too much pain. Some of the biggest gains are going to technology companies, retailers and banks.

The Dow tumbled 501 points Wednesday morning after the U.S. and China each announced tariffs on about $50 billion in goods made by the other country. But stocks turned higher and the Dow finished with a gain of 230 points as officials in both countries reassured investors that they are willing to talk and aren’t rushing into a trade war that could hurt global economic growth and company profits.

After a plunge Monday and a big bounce back Tuesday, followed by a steep loss that turned into a big gain Wednesday, the S&P 500 is now up 1 percent this week.

COMING BACK: Big technology companies climbed. Apple gained $2.11, or 1.2 percent, to $173.72, and Alphabet, Google’s parent company, rose $12.99, or 1.3 percent, to $1,042.70. Those stocks mostly finished higher Wednesday after early losses. They have been the market’s biggest winners over the last year and have struggled during the recent round of turmoil because of trade worries and fears about increased government regulation for Facebook and other social-media companies. Facebook, which slipped after it revealed that its privacy scandal might affect 87 million users – far more than the 50 million estimated earlier – jumped $4.03, or 2.6 percent, to $159.20.

Companies that pay hefty dividends, such as utilities and real-estate investment trusts, took small losses, while phone companies lagged the rest of the market. Their large dividend payments make those stocks similar to bonds, and investors find the stocks more appealing in times of turmoil and falling bond yields.

DOGGIE DISH DEAL: J.M. Smucker is buying Ainsworth Pet Nutrition for $1.9 billion. Ainsworth’s brands include pet-food brand Nutrish as well as Better Than! and Dad’s. Smucker already owns Kibbles ‘n Bits and Meow Mix, and it’s just the latest purchase of a pet-food company by a packaged-food maker as they try to cope with slower sales. In February, General Mills agreed to buy Blue Buffalo Pet Products for $8 billion.

CONN CRUSHED: Furniture retailer Conn’s tumbled $4.35, or 12.1 percent, to $31.50 after it reported weaker-than-expected revenue and forecast a bigger decline in first-quarter sales.

OIL: Benchmark U.S. crude added 20 cents to $63.57 a barrel in New York. Brent crude, used to price international oils, rose 40 cents to $68.42 per barrel in London. Oil prices dropped Wednesday in part because investors were nervous that a trade war would slow growth in the global economy, which would reduce demand for oil.