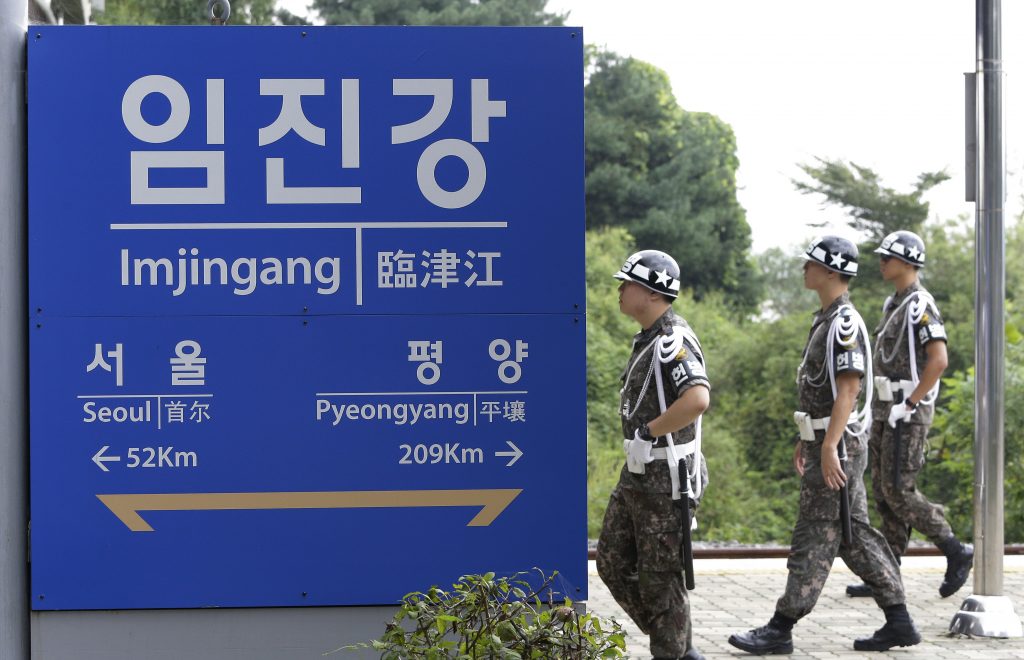 The meeting of working-level officials at the border village of Panmunjom was to discuss security, protocol and media coverage issues for the planned April 27 summit. South Korea’s presidential Blue House said the two sides agreed not to disclose the contents of the discussions until a final agreement is reached.

The Koreas agreed on the date for the summit after a high-level meeting last week. South Korean officials have said the summit will focus on North Korea’s nuclear disarmament, although the North hasn’t confirmed this through its state-run media.

A separate summit between Kim and U.S. President Donald Trump is anticipated by the end of May.

The two Koreas agreed Thursday to hold another preparatory meeting to work out the details of the April 27 summit, which is to take place in the South Korea-controlled side of the border village, Panmunjom. The Koreas will need to agree on how Kim will arrive at the venue, and there has been media speculation that he would cross the military demarcation line that bisects the Koreas by foot in a symbolic gesture. The Koreas also need to determine how many times he and Moon would meet that day and whether parts of the meetings would be broadcast live.

The Koreas have held only two summits since the 1950-53 Korean War.

Kim made a surprise visit to Beijing last month and met President Xi Jinping, which appeared to be aimed at improving both countries’ positions ahead of Kim’s planned summits with Moon and Trump.

In setting up separate talks with Beijing, Seoul, Washington, and potentially Moscow and Tokyo, North Korea may be moving to disrupt any united front among its negotiating counterparts. By reintroducing China, which is North Korea’s only major ally, as a major player, the North also gains leverage against South Korea and the United States, analysts say.

The North’s diplomatic outreach comes after an unusually provocative year in which it conducted its most powerful nuclear test to date and test-launched three intercontinental ballistic missiles designed to target the U.S. mainland. It’s widely seen as an effort by the North, squeezed by heavy sanctions, to break out of isolation and improve its economy.

South Korea says Kim has expressed a willingness to negotiate nuclear disarmament in his talks with Moon and Trump.

Some analysts say getting the North to commit to denuclearization and agree to a robust verification regime could be a difficult process and take many years. North Korea has been repeatedly accused over the past two decades of using disarmament talks to ease outside pressure and win badly needed aid, while secretly pushing ahead with weapons development.