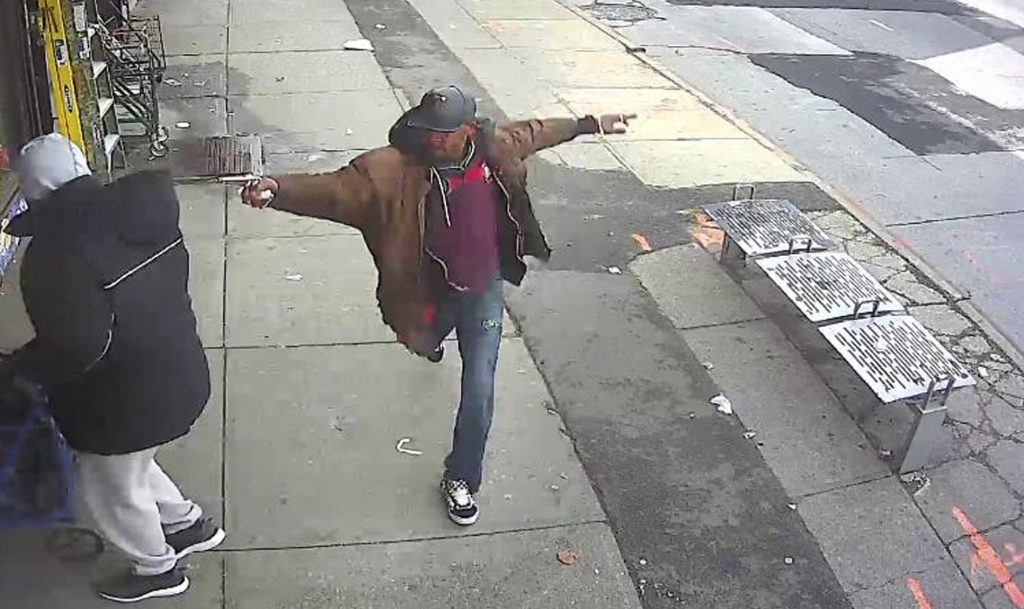 The father of a man killed by police officers in Brooklyn said his son was bipolar and wasn’t taking his medication, but was not dangerous and didn’t deserve to die.

Saheed Vassell, 34, was fatally shot Wednesday evening in Brooklyn by police officers responding to multiple 911 calls about a man threatening people with a gun.

The officers who rushed to the scene encountered Vassell holding a metal object in his hand. In security-camera images released by the police, the L-shaped length of pipe looked remarkably like a firearm. Vassell brandished it like a weapon, too, extending his arm and pointing the short-barreled object at several people, causing some to cower.

When Vassell pointed the object at the arriving officers in what police officials described as a “two-handed shooting stance,” four opened fire, shooting a combined 10 times.

Vassell’s father, Eric, told reporters after the shooting that his son had been hospitalized several times for psychiatric problems, some involving encounters with the police, but was polite and kind.

A tense crowd gathered after the shooting, with some people shouting at officers and decrying the killing as another example of an unarmed black man being killed by police officers who overreacted.

New York City Mayor Bill de Blasio said in a news conference Thursday that the incident was “a tragedy by any measure.” He said Vassell had “a profound mental-health problem.”

But he didn’t lay blame on the officers.

“People in the community thought he had a weapon and was aiming at residents,” said de Blasio.

He and police officials said that officers had to make a quick decision and were unaware of Vassell’s history of mental illness.

The mayor said police would disclose the contents of 911 calls and any video of the incident.

“There is a lot more we need to know,” he said.

In police radio traffic recorded during the incident and posted online, dispatchers directing officers to the scene said 911 callers were reporting only that a person was pointing a gun at people. After the shooting, the officers can be heard frantically calling for dispatchers to send an ambulance.

Under an executive order issued by the governor in 2015, the attorney general has the power to act as a special prosecutor in cases involving police killings of unarmed people.

A neighborhood resident, Andre Wilson, 38, told the Daily News that he had known Vassell for 20 years, describing him as a quirky neighborhood character.

“All he did was just walk around the neighborhood,” he said. “He speaks to himself, usually he has an orange Bible or a rosary in his hand. He never had a problem with anyone.”

Wilson said he was shocked that it would come to this.

“The officers from the neighborhood, they know him. He has no issue with violence. Everybody just knows he’s just mentally challenged. This shouldn’t have happened at all,” he said.