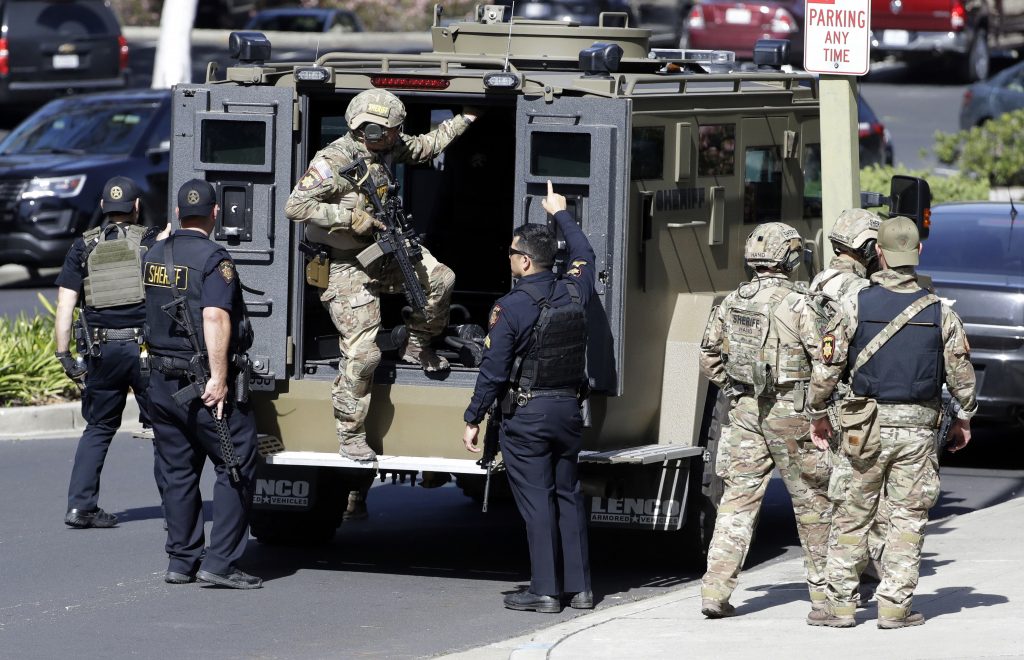 A woman who believed she was being suppressed by YouTube and told her family members she “hated” the company opened fire at YouTube’s headquarters in California, wounding three people before taking her own life, police said.

Investigators do not believe Nasim Aghdam specifically targeted the three victims when she pulled out a handgun and fired off several rounds in a courtyard at the company’s headquarters south of San Francisco on Tuesday, police said.

But a law enforcement official with knowledge of the investigation told The Associated Press that Aghdam had a longstanding dispute with the company. The official, who spoke on condition of anonymity because they were not authorized to discuss the case, said Aghdam used the name “Nasime Sabz” online.

Aghdam “hated” YouTube and was angry that the company stopped paying her for videos she posted on the platform, her father, Ismail Aghdam, told the Bay Area News Group.

On Monday, he called police to report his daughter missing after she didn’t answer the phone for two days and warned officers that she might go to YouTube, he said.

Officers in Mountain View — about 30 miles from YouTube’s headquarters — found her sleeping in her car in a parking lot around 2 a.m. Tuesday but let her go after she refused to answer their questions. Aghdam didn’t appear to be a threat to herself or others, police spokeswoman Katie Nelson said.

Nelson would not say whether officers had been warned that Aghdam might have been headed to YouTube headquarters.

Earlier Tuesday, law enforcement said the shooting was being investigated as a domestic dispute but did not elaborate. It was not immediately clear why police later said the people shot were not specifically targeted.