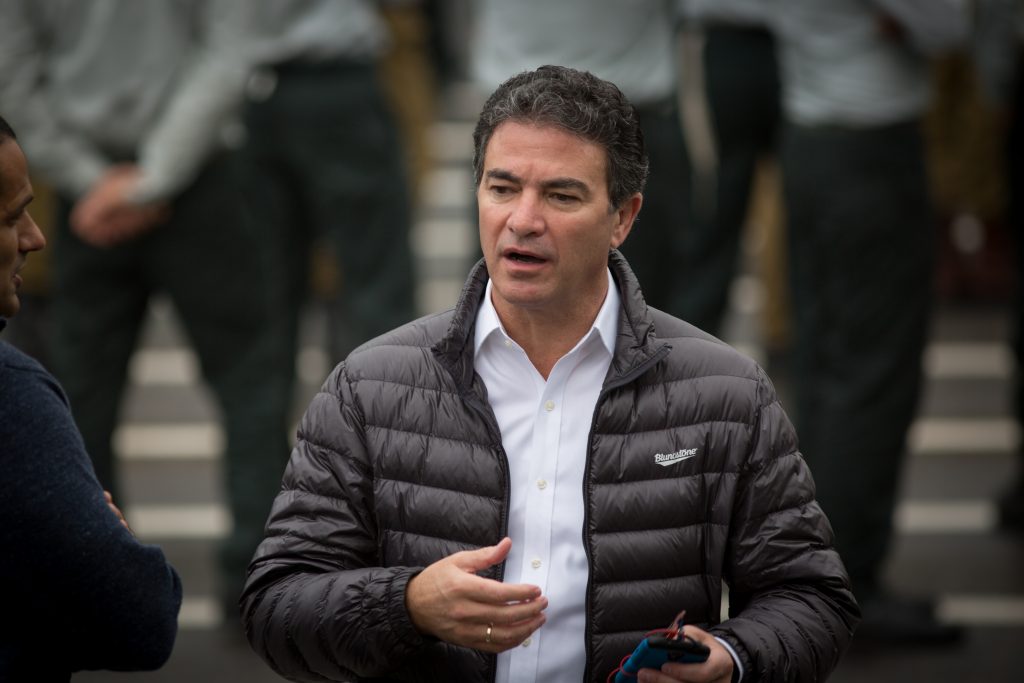 The head of Israel’s Mossad intelligence agency is “100 percent certain” that Iran remains committed to developing a nuclear bomb and believes the international community must change or scrap its nuclear deal with the Islamic Republic.

The comments by Yossi Cohen added an influential voice to a global debate over Iran’s nuclear program ahead of a deadline set by President Donald Trump for toughening the deal. Trump, like Israeli Prime Minister Binyamin Netanyahu, has been a fierce critic of the 2015 nuclear deal.

Trump has set a mid-May deadline to reach agreement with the European nations to toughen restrictions on Iran, including by extending the limitations on nuclear activity that are currently set to expire under the deal in several years. If the U.S. and the Europeans can’t agree on new punishments that are to Trump’s liking, he will withdraw from the deal and re-impose U.S. sanctions on Tehran, the White House has said.

With the clock ticking, Cohen has been holding discussions on the matter and delivered his assessment in a recent closed meeting with senior officials, according to a person who attended the meeting. Cohen’s analysis signaled Israeli support for Trump’s efforts.

Cohen called the nuclear deal a “terrible mistake,” saying it allows Iran to keep key elements of its nuclear program intact and will remove other restraints in a few years.

“Then Iran will be able to enrich enough uranium for an arsenal of nuclear bombs,” Cohen said, according to the meeting participant, who spoke on condition of anonymity because he was discussing a classified security matter.

“As head of the Mossad, I am 100 percent certain that Iran has never abandoned its military nuclear vision for a single instant. This deal enables Iran to achieve that vision,” Cohen said. “That is why I believe the deal must be completely changed or scrapped. The failure to do so would be a grave threat to Israel’s security.”

Under the deal, Iran agreed to curbs and inspections on its nuclear program in exchange for relief from international sanctions. Proponents have said the deal puts Iranian nuclear development on hold for 10 to 15 years and opens the way for engagement with the Iranians on other issues.

Netanyahu has been a leading critic of the deal, saying it did not contain sufficient safeguards to prevent Iran from reaching nuclear-weapons capability or address Iran’s other activities across the region.

Trump’s disdain for the deal has been a welcome development for Netanyahu. Israel has identified Iran as its top threat, citing the nuclear program, its hostile rhetoric, support for anti-Israel militant groups and its development of long-range missiles.

Yet the confrontational approach also carries risks. It appears increasingly unlikely that the U.S. and Europe can reach a compromise by Trump’s deadline, especially after Trump’s recent named a new national security adviser and secretary of state who have both firmly opposed the Iran deal in the past.

It also is unclear how Iran will react if the U.S. withdraws. Iran has said U.S. withdrawal from the nuclear deal and reimposed sanctions would destroy the agreement and has threatened a range of responses, including immediately restarting nuclear activities currently barred under the deal.

The issue has also set off some debate within Israel’s security ranks. As head of a powerful agency, Cohen is one of the most influential voices in that debate and appears to be siding firmly with Netanyahu.

Yet other security experts, both active and former, have taken a more nuanced approach. While Israeli officials widely panned the deal when it was reached, some have noted that it has some positive aspects.

In a recent interview, Lt. Gen. Gadi Eisenkot told the newspaper Haaretz that he knows of no violations of the nuclear deal by Iran, though he said Israel is closely watching.

“If its intentions change, we will know. Right now the agreement, with all its faults, is working and is putting off realization of the Iranian nuclear vision by 10 to 15 years,” he was quoted as saying.