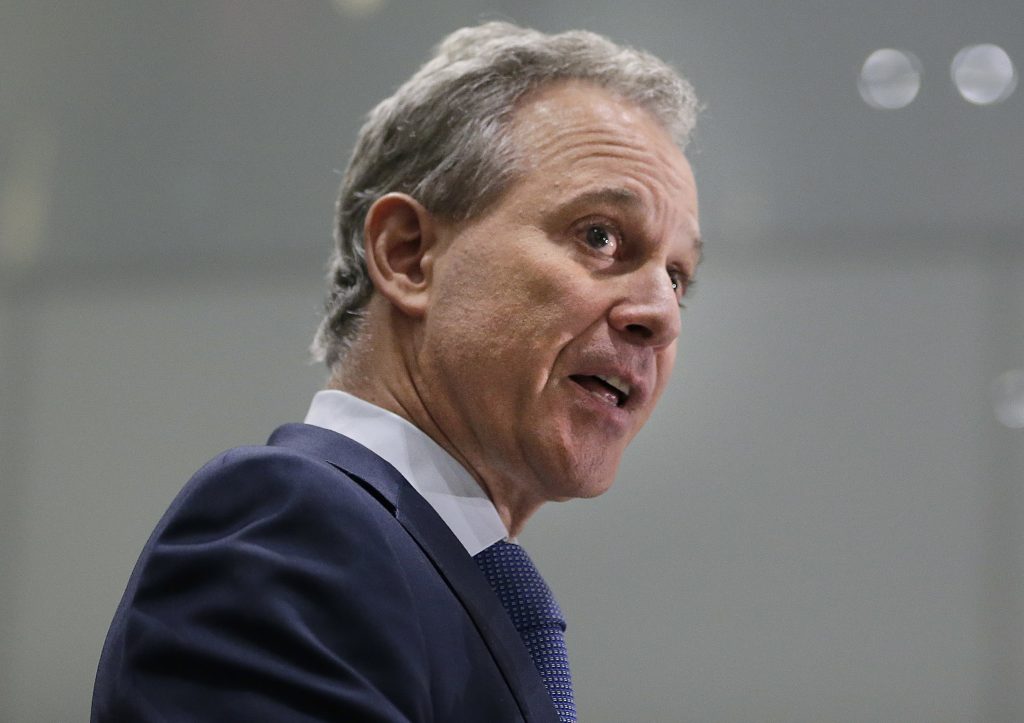 Seventeen states, the District of Columbia and six cities sued the U.S. government Tuesday, saying the addition of a citizenship question to the census form is unconstitutional.

The Trump administration’s decision to ask people about their citizenship has set off worries among Democrats that immigrants will dodge the survey altogether, diluting political representation for states that tend to vote Democratic and robbing many communities of federal dollars.

Supporters of the plan for the 2020 census argue that obtaining more data on the voting-age population of citizens than current surveys are providing will help the Justice Department enforce the Voting Rights Act, which protects minority voting rights. It would be the first time in 70 years that the government used the census form sent to every household to ask people to specify whether they are U.S. citizens.

New York Attorney General Attorney General Eric Schneiderman, a Democrat who announced the new lawsuit in Manhattan federal court, said the plans would have a “devastating effect on New York, where we have millions of immigrants.”

The lawsuit, also brought by the bipartisan U.S. Conference of Mayors, said adding the citizenship question was arbitrary and would “fatally undermine the accuracy of the population count.” It asked for a ruling that the citizenship demand is unauthorized and unconstitutional.