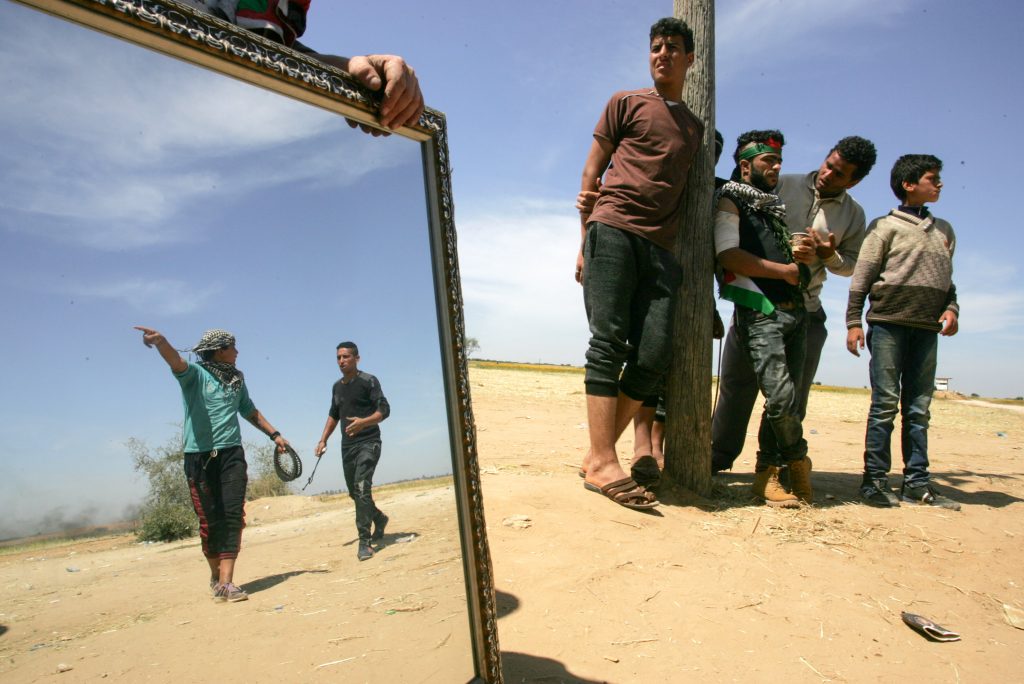 IDF soldiers discovered on Monday night a large backpack stuffed with firebombs that had been left at the Gaza border fence – apparently meant to be used in the next round of rioting by Gaza Arabs, which Israeli security forces believe will take place on Friday. In a statement, the IDF said that “the discovery of the firebombs is another proof that the riots of last Friday were just a cover for further attempts by Hamas to carry out terror attacks against IDF forces and Israeli citizens.”

Preparations by both sides for further violence continued in earnest throughout the week, as the IDF called in more reinforcements and redeployed troops to deal with expected trouble spots, while Hamas reportedly planned to expand the riots, both in scope and the number of participants, for this coming Friday. Last Friday, some 20,000 Gaza Arabs attempted to mass on the Gaza border fence, on orders of Hamas, throwing stones and firebombs at Israeli forces. Seventeen Gaza Arabs were killed and hundreds were injured, as IDF troops used a combination of anti-riot measures and live ammunition to distance Arabs from the border and carrying out Hamas’s declared intent to rip the border fence down and enable Gaza Arabs to march on Israeli cities.

Hamas’s newest tactic, Arab media reports cited in Yisrael Hayom Tuesday, involves collecting hundreds of mirrors which will be used to attempt to blind Israeli sharpshooters who will be aiming at rioters who get too close to the border. If Friday turns out to be a sunny day, Hamas will deploy the mirrors and use the power of the reflected sunlight to attempt to get past Israeli soldiers and defense perimeters. In addition, the report said, the terror group has piled up thousands of tires, to be used for burning during riots.

On Monday, a seventeenth Arab rioter who was shot on Friday died, and Islamic Jihad said that the terrorist was a member of the group. The group has announced that it intends to file charges in international forums against the IDF over the death of the terrorist, as well as for other acts, which they say involved Israeli security forces entering Gaza and shooting rioters to death. The group said it has been collecting video evidence of Israeli “culpability,” Yisrael Hayom reported.

In a statement, the IDF said that it was “acting against terror groups that are trying to turn the Gaza border area into an underground and above-ground battlefield, just 100 meters away from the border fence where Israeli towns are located. Israeli forces are operating according to plans developed for such scenarios. The tools that the IDF is using include warnings to Gaza residents against participating in the riots, using anti-riot measures to break up illegal gatherings, and, as a last resort, precision targeted shooting as needed.”

Despite the tension in the border area, southern Israel has seen an influx of Chol Hamoed visitors, who have reported no security problems or issues that they need to be concerned about, the report added.