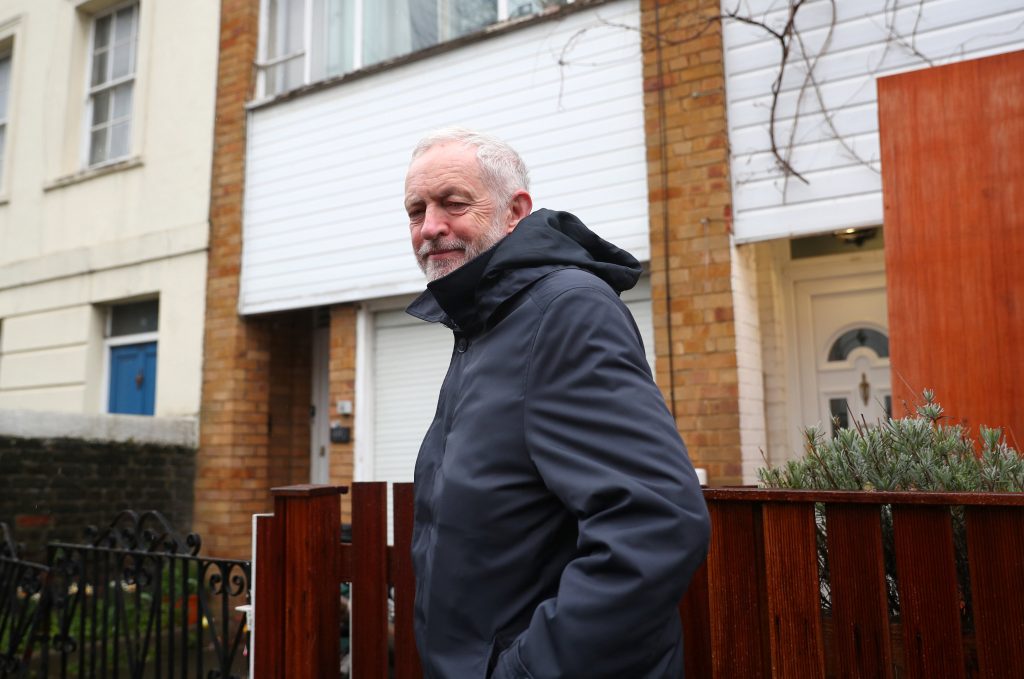 British opposition leader Jeremy Corbyn risked further souring his relationship with the Jewish community by attending a Passover event with a left-wing Jewish group that has called for the destruction of Israel.

Corbyn spent Monday evening at a ritual feast hosted by Jewdas, a group which described Israel in December as a “steaming pile of sewage which needs to be properly disposed of.”

The group also called recent protests against Corbyn for failing to tackle anti-Semitism “faux-outrage greased with hypocrisy and opportunism.”

A spokesman for Corbyn, a supporter of Palestinian rights and a critic of Israel, said he attended the event in his London constituency in a personal capacity and not in his role as Labour leader.

“He wrote to the Board of Deputies and Jewish Leadership Council last week to ask for an urgent formal meeting to discuss tackling anti-Semitism in the Labour Party and in society,” the spokesman added.

Jewdas did not respond to a request for comment.

Some opinions polls put Corbyn’s Labour Party ahead or level with Prime Minister Theresa May’s Conservatives, meaning he is a potential next British leader, although the next election is not due until 2022.

Since unexpectedly becoming Labour leader in 2015 after decades on the left-wing fringes of the party, Corbyn has repeatedly faced accusations of turning a blind eye to anti-Semitic comments in the party and among groups he supports.

Corbyn said on Tuesday there was no place for anti-Semitism in his party and that Labour would investigate any cases of suspected racism.

“Anti-Semitism is a vile, evil thing in our society…. and it has to be eradicated,” he told reporters.

Last week, British Jewish groups protested against Corbyn outside parliament accusing him of failing to tackle anti-Semitism within Labour ranks.

The issue flared up two weeks ago after it came to light that in 2012 Corbyn questioned a decision by local London authorities to remove a street mural depicting men in suits with big noses playing Monopoly on the backs of other people – an image reminiscent of anti-Semitic propaganda.

Some Labour lawmakers criticized Corbyn’s decision to attend the event on Monday.

John Woodcock, a member of parliament who has criticized Corbyn in the past, said his attendance was “irresponsible and dangerous” and it was “deliberately baiting the mainstream Jewish community days after they pleaded with him to tackle anti-Semitism.”