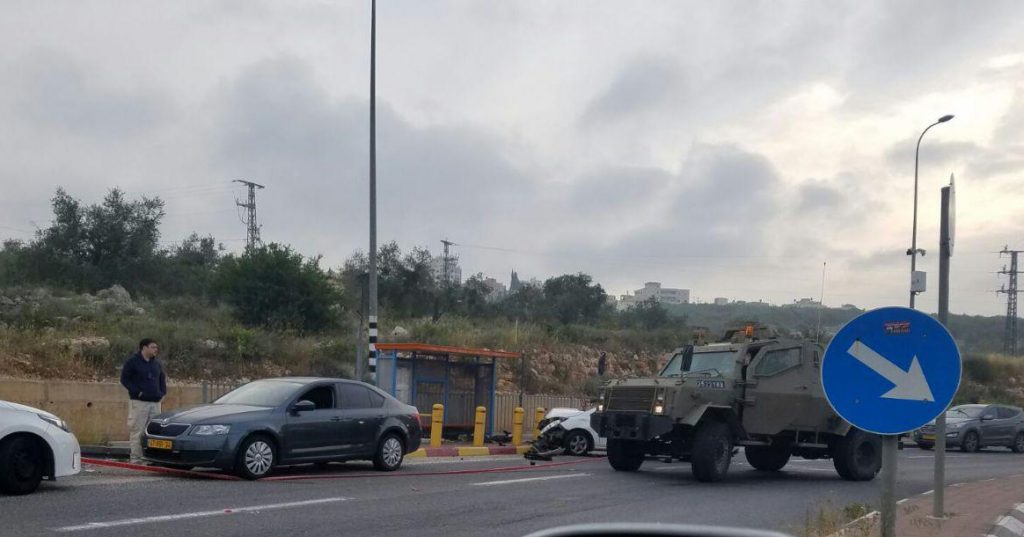 An Arab who stole a vehicle and crashed into a bus stop near Ariel in central Shomron was shot and killed by IDF soldiers Tuesday morning. The driver crashed into the bus stop after he tried to get away from security forces, who were pursuing him after he stole the vehicle. Soldiers neutralized him and he was taken to an Israeli hospital for treatment, subsequently dying of his wounds. There was no one at the bus stop at the time of the attack, and, b’chasdei Shamayim, there were no injuries to Israeli forces.

On Monday night, security forces foiled a terror stabbing attack at the Te’enim checkpoint, north of Kfar Sava. The terrorist was shot when he pulled out a knife and began running towards soldiers on duty at the checkpoint. The terrorist was neutralized and taken to an Israeli hospital for treatment with moderate wounds.